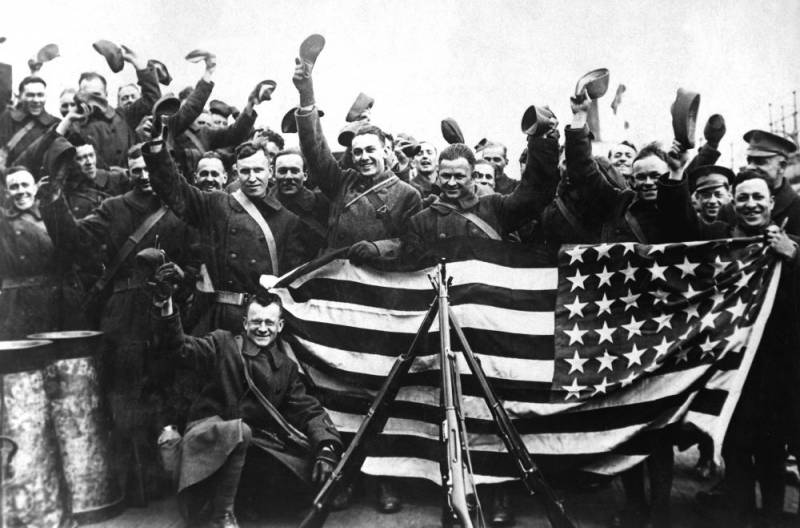 At the beginning of the 20th century, Russia was on the verge of destruction. Soviet power was not recognized by imperialists and posed a serious threat to the bourgeois system. As a result, already in December 1917, a secret Anglo-French agreement was concluded on the division of Russia into spheres of influence. Later, the United States joined it, advocating the complete dismemberment of the state.


In March 1918, troops of Britain, France and the United States landed in Murmansk. In April, Japan occupies the East of Russia. Czechoslovak troops with the support of the White Guards capture: Omsk, Tomsk, Krasnoyarsk, Penza, Syzran, Samara and Chelyabinsk.

At the same time, the signing of the enslaving "Brest Peace" saved Soviet Russia from complete defeat, but did not stop the German interventionists. On April 18, 1918, German troops entered Crimea, occupied Taganrog on May 1, Rostov on May 8, and also invaded the Taman Peninsula and Georgia.

An anti-Soviet government is being created in all occupied territories, which establishes landlord orders and forms its own armed forces. Thanks to the intervention of the capitalists, the civil war began to rage throughout Russia.

In response, under the leadership of Lenin, the Central Committee is developing a program to mobilize all forces and means to defend the Socialist Fatherland. Hundreds of thousands of workers and peasants volunteered for the Red Army. A large half of the Bolshevik party also went to the front.

During the mobilization, the number of the Red Army increased to a million people. This immediately brought its results. The German henchman Ataman Krasnov was pushed back for Don. From the White Guards were released: Kazan, Simbirsk and Samara.

After the defeat of the Germans in the First World War, the Soviet government annulled the Brest Treaty and issued an order to attack with the goal of liberating Ukraine, Belarus and the Baltic states.

At the same time, the defeat of Germany untied the hands of the Entente. Instead of the Germans, troops came to Russia: France, the USA, Poland, Italy, Great Britain and its dominions. The Soviet Republic was surrounded almost from all sides.

The Entente made the main bet on Admiral Kolchak. In the spring of 19th, his XNUMXth army, with the support of the interventionists, went on the offensive. However, the Red Army managed to gain a number of victories, during which the Urals and Siberia were liberated. Then, General Yudenich was driven back to Estonia.

General Denikin was advancing from the south. Its main goal was Moscow. But, in the fall of 1919, the Bolsheviks managed to crush the White Guards and drive them back south.

The defeat of Kolchak and Denikin gave only a slight respite. The imperialists begin a new campaign against Soviet Russia, drawing into the war: Poland, the remnants of the White Guard army in the Crimea and Petliura gangs in Ukraine. At the same time, in order to continue foreign military supplies, General Wrangel signs an agreement that drives Russia into complete enslaving dependence on the West.

The Red Army, having launched a counterattack, forced exhausted Poland to sign a peace treaty, which made it possible to concentrate on fighting the remnants of the White Guards. With the defeat of Wrangel, the struggle against counter-revolution and intervention in most of the country was completed. The last, in 1922, the Japanese withdrew their troops.

In case of victory of the White Guards, Russia was waiting for the fate of the colony of capitalist countries. However, the Soviet government and the Red Army were able not only to “knock out teeth” to the interventionists, but to show workers around the world an example of a selfless struggle against imperialism.

Ctrl Enter
Noticed oshЫbku Highlight text and press. Ctrl + Enter
We are
The main anti-Soviet myths about the Civil War
Brest peace: how the communists saved Russia
Reporterin Yandex News
Read Reporterin Google News
Ad
The publication is looking for authors in the news and analytical departments. Requirements for applicants: literacy, responsibility, efficiency, inexhaustible creative energy, experience in copywriting or journalism, the ability to quickly analyze text and check facts, write concisely and interestingly on political and economic topics. The work is paid. Contact: [email protected]
15 comments
Information
Dear reader, to leave comments on the publication, you must to register.
I have an account? Sign in