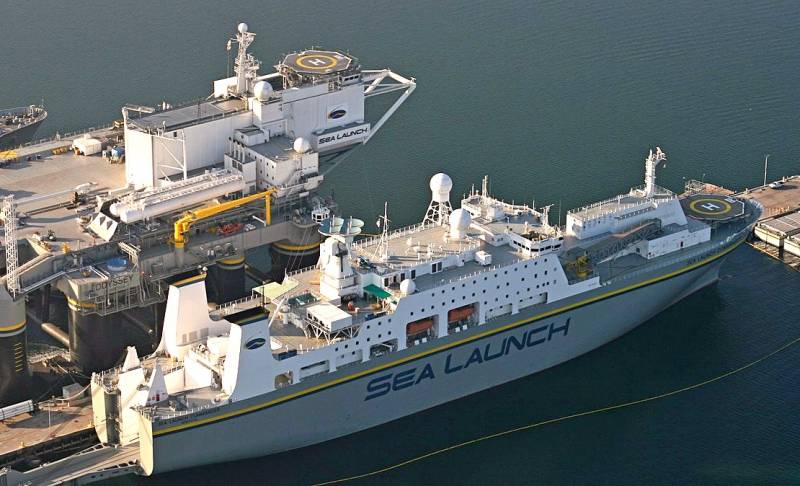 The vessel of the Sea Launch complex has been relocated from the port of Long Beach (USA) to the Far East. This was reported by the agency. RIA News, referring to information from representatives of the Slavic Shipyard, where Sea Launch Commander will be moored temporarily.


The launch platform is scheduled for March 29th. After the entire complex is relocated to the Far East, the Shipyard will be engaged in its repair and reconstruction.

At the moment, ownership of the floating spaceport belongs to the Russian private company S7 Group. The corresponding contract for the acquisition of the complex was signed in 2016 with PJSC RKK Energia, which at that time owned 95% of the project’s shares.

Recall that the development of Sea Launch started back in the early 90s. In 1995, a consortium of the same name was created, which included various shares: Boeing Commercial Space Company (the "daughter" of the American corporation of the same name), RSC Energia (Russia), Design Bureau Yuzhnoye and PO Yuzhmash (Ukraine) and shipbuilding Aker Kværner company (Norway). Initially, the project was estimated at 3,5 billion dollars. The first launch from a floating spaceport took place in 1999. As a carrier, a three-stage Zenit-3SL rocket was used, created by the Yuzhnoye Design Bureau based on the two-stage Zenit-2 LV.

S7 Group plans to operate Sea Launch for the next 15-20 years. As a replacement for the Ukrainian Zenit, the Soyuz-5 launch vehicle modified for launches from a floating spaceport can be used.
Ctrl Enter
Noticed oshЫbku Highlight text and press. Ctrl + Enter
We are
The floating spaceport will arrive in Russia next year
Refusal from Ukrainian missiles makes Sea Launch pointless
Reporterin Yandex News
Read Reporterin Google News
2 comments
Information
Dear reader, to leave comments on the publication, you must sign in.