What will the Russian cosmos remain without Proton and Angara? 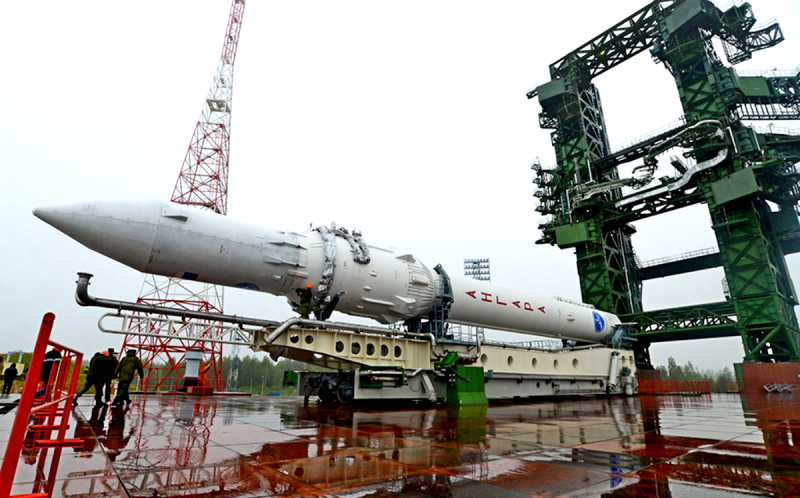 In the past few years, I have to write a lot of unpleasant things about the frankly deplorable state of the Russian cosmonautics. Either the rocket will fall due to the sensor placed upside down in it, then a hole will be detected in the ship’s hull, it will almost launch an international astrophysical observatory with a discharged battery into space, or something else. I don’t want to talk about constant transfers of launches.


But you have to. Again. The planned launch of the Proton-M launch vehicle into orbit was stopped and rescheduled for May. Regarding the reasons, the representatives of Roscosmos express themselves extremely streamlined: "low-quality components in the rocket were discovered."

The head of state corporation noted and thanked the specialists who timely discovered the problem and thereby prevented a possible catastrophe over Kazakhstan with Proton, whose fuel is extremely toxic. Well done, guys, but the problem is that this is not the first time. Last July, Dmitry Rogozin was forced to do the same:

The combat crew specialists, who in a record time eliminated serious pre-launch observations and ensured the regular launch of the launch vehicle and the booster block, will be presented for state awards.

In the budget of the corporation it is already necessary to create a special fund for the payment of bonuses to those of employees who will manage to find jambs on time. In general, this activity is more like an attempt to glue wallpaper that has moved away from the walls in an emergency collapsing building, into which the entire industry has turned. We have to admit once again that the problems at Roskosmos are systemic.

In the coming years, the state corporation will face difficulties of a "cosmic scale." On the one hand, a lot of foreign competitors appeared on the market, aggressively squeezing their share on it. These are young companies, albeit experiencing “growth diseases,” but they already pose a serious threat to Roskosmos. Their launch vehicles Falcon-9 (Heavy version available), Dragon and Cygnus are gradually crowding out their Russian counterparts.

On the other hand, Roscosmos itself has significant problems with the quality of its products. Yes, Proton is a proven and reliable workhorse. However, the missiles are frankly outdated and use extremely toxic fuel when launching from Baikonur, which Kazakhstan is opposed to. So, in December 2019, the parliament of the republic ratified the protocol on amending the lease agreement for the cosmodrome by Russia. According to him, Moscow should return to Nur-Sultan sections of Baikonur with an area of ​​11,6 thousand hectares, which will be used for commercial construction.

It turns out that the "Protons" have only 5 years to fly, for them even the engines stopped producing. The question is how adequate their replacement will be. The Angara launch vehicle family is much more environmentally friendly, but it has long turned into "technological unfinished. " The state corporation conceived the move to the already troubled Center named after Khrunichev from Moscow to Omsk, where the production of Angara should be set up. People say that any move is like two fires. And will all highly qualified specialists agree to change the capital to a province?

There are questions to component manufacturers. According to the results of the last state of emergency at Baikonur, from which the story began, representatives of Roskosmos reported that defective parts were produced between 2015 and 2016. That is, after the introduction of sanctions against our space industry. This means that the components were either domestic or Chinese purchased to replace the western one. This is a reflection on the topic of "import substitution."

Finally, the Vostochny spaceport, where Angara is supposed to move, has long been a symbol of long-term construction, corruption and theft of budget funds, which President Putin admitted at the highest level. So he asks what we’ll be left with when the protons discontinued fly off, and the Angara project never reaches full capacity.
Ctrl Enter
Noticed oshЫbku Highlight text and press. Ctrl + Enter
We are
Again “Angara”: why is Russia another heavy missile?
Russia decided to resurrect an obsolete rocket
Reporterin Yandex News
Read Reporterin Google News
Ad
The publication is looking for authors in the news and analytical departments. Requirements for applicants: literacy, responsibility, efficiency, inexhaustible creative energy, experience in copywriting or journalism, the ability to quickly analyze text and check facts, write concisely and interestingly on political and economic topics. The work is paid. Contact: [email protected]
4 comments
Information
Dear reader, to leave comments on the publication, you must to register.
I have an account? Sign in