Russia and oil: why the current crisis is the best option 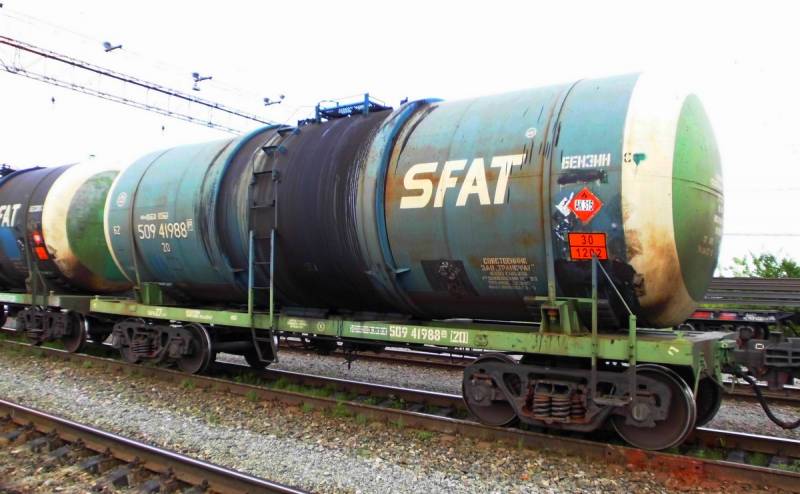 Those who today, due to the rapid collapse in world prices for “black gold”, urge the Russians to fall into universal grief without exception and, sprinkling ashes on their heads, as well as beating themselves in the chest, pouring burning tears and moaning aloud: “Everything is lost!” Lead themselves as provocateurs and liars.


This is done either because of the natural hysteria of the character, or out of malice, or at least due to lack of awareness and the inability to look at things even a little wider. In fact, with good reason, we can assume that the current crisis in the global energy market is taking place just according to the best option for our country.

Claiming that the decision to refuse the transaction proposed by OPEC, Moscow “shot in the foot”, “brought down the domestic the economy”And, in general, almost committed suicide, they are silent about the fact that our energy exporters should inevitably encounter much greater problems than they are now in the very near future. We are talking about the desire of Europe to "climate neutrality", to the outbreak of the coronavirus epidemic has already acquired a very specific shape at the legislative level. Speaking about the upcoming “rejection of fossil fuels”, gentlemen of the European bureaucracy are not joking! They have such nonsense quite seriously on their minds ... On March 4, in Brussels, the European Commission introduced a draft law that serves the goal of achieving “climate neutrality” by the Old World by 2050. EC Chairperson Ursula von der Leyen even made a special statement to journalists regarding this crucial matter, explaining that the Climate Law “is a legal expression political the will of the EU countries ”and“ finally brings it on the path to a more sustainable future ”. Having connected to communication with representatives of the media, her deputy, France Timmermans, added that legislative innovation will allow “working to achieve the set goal methodically and concentratedly, keeping the course and monitoring the performance”. All these, of course, are common words, but in the intentions of the supporters of the ideas of Greta Tunberg entrenched in the most influential structures of the European Union, there are plenty of specifics. That's what we’ll talk about now.

The “Green Pact for Europe” (European Green Deal), from which the “legs” of all these ideas “grow,” is, in fact, a noose for the economy of the Old World. Or a club, which will crush it almost to the ground - here it is to whom any analogy is more to their liking. The program for its implementation, in particular, includes such “stimulating” clauses as: “stricter emission standards for vehicles and industry”, “new rules for subsidizing European companies” (with them any business that Brussels would consider “ not environmentally friendly ”, it will be practically impossible to get subsidies and other help),“ new, higher taxes on fuel and energy ”(we don’t hide yellow vests, Madame and Monsieur in a cupboard!), and many similar things. In fact, this will mean a sharp and significant rise in price in the EU countries in total - not only every liter of fuel or a kilowatt of electricity, but also every glass of beer, steak, every trip in transport or going to the cinema. Everything is thought out gentlemen, everything is balanced and taken into account! For those who try to rush into the noise with their industries to the regions less affected by "ecological madness", hunting nets, traps and wolf pits have already been prepared. They will look like “environmental import tax” or other measures to prevent companies from fleeing to regions with milder environmental regulations. “Deserters” will be caught and “shot”: by wild import duties, customs “slingshots” and other fiscal instruments. And here we, in fact, come directly to those moments which in this case concern just our country.

Coronavirus save from "green madness"?

First of all, it is perfectly clear that in an effort to “carbon zero”, Europe will purchase less and less energy. First get rid of coal. But then the turn of oil will come - down with the internal combustion engines that are poisoning the atmosphere, give the electric “traction” for the whole transport! And the power stations operating on fuel oil are also down! To some extent, this will increase for a certain time, and quite significantly, the volumes of gas purchased by Europe, however, there are also their own “buts”. Firstly, do not forget that we are not the only ones on the planet who sell it. Both the Americans and their LNG, and, say, Qatar, intending to invest at least $ 50 billion in capacities and infrastructure for the export of liquefied blue fuel, are already "marking their feet" at the European gates. On the gas market of the Old World it will become very crowded and completely uncomfortable - especially given the zeal with which the United States “cuts off” all gas pipelines going there from Russia. Moreover, the plans of Brussels include the introduction of the “environmental taxes” already mentioned above (and, in fact, draconian duties) on goods, and, most importantly, “environmentally harmful” raw materials from countries with “wrong” policies in the field ecology, as well as direct sanctions against them. What do you think, in the current situation, whose oil and gas are more likely to be under restrictions - ours or American ?! The era of superprofits of Gazprom and Rosneft from energy supplies to Europe would have ended anyway - not now, but after some few years! It would only have happened in a slightly different “situation” - now the whole world is under the blow of the impending crisis, and in other circumstances, all economic "big shots" would have fallen on our country!

There is every reason to believe that the COVID-19 epidemic, the epicenter of which the World Health Organization has announced today not just China, but just Europe, will force the local smart people to push their green spotlights to hell. And even completely hang on a carnation for more than prosaic use. This is especially true of those aspects that are categorically disadvantageous to Russia. For example, the EU project, within the framework of which 50% of the financing was offered to six Eastern Partnership countries - Ukraine, Georgia, Moldova, Belarus, Armenia and Azerbaijan, should be allocated to green energy development projects, which envisage a complete rejection of oil and gas. Ours, of course ... However, Western Europe is now also unlikely to be able to follow its own "Napoleonic" plans in the field of ecology. Even before the start of the epidemic, it was said that Brussels would have to fork out at least 100 billion euros to help those regions of the Old World that are “more affected than others by environmental reforms.” However, other sources cited the figure of almost 600 billion euros, which would have to be invested in the European economy for real “carbon zeroing” by 2050. Such money in the European Union, whose economy is now bursting at the seams under the blows of a pandemic, by the time it is over there will simply be nowhere to take. Especially when you consider that it will most likely end in a global recession, during which European governments will have much more urgent problems than the struggle with “insidious” cars with internal combustion engines or measurements of emissions from power plants. It is quite possible that whole countries will have to save from the complete collapse of the economy, chaos and anarchy - the first candidate in the person of Italy already exists. The "green madness" will have to retreat.

This, of course, does not mean that it will not return with time. Let not tomorrow, but still ... And this time, as well as the funds that will be earned from "energy" exports, our country must finally use to really prepare for the times when oil and gas will cease to be the world's No. 1 goods. Now, for this, we will be frank, very little has been done. In practice, nothing has been done. And time goes on ... And if you do not admit that every year it is less and less, then in the end all of us, our children, grandchildren will face really serious problems. The path of "development", in which the country's welfare is tightly tied to the export of raw materials, does not matter which one - it is a road to nowhere, as if someone would not want the opposite. And the fact that the next “oil" crisis, which shook the national currency firmly, from quotes to "black gold" according to statements by the powers that be, seems to be "untied" for a long time and forever, happened right now, perhaps it is our great luck. We are likely to survive the current mess - the deceptive ideas that the current collapse of oil quotes “one on one repeats the events of the 80s of the last century that ruined the USSR” are mainly used in poorly adequate “patriotic” media “ nezalezhnoy ", ready at any event to see" a sure sign of the imminent collapse of Moscow. " Not to mention the fact that the thesis that the cause of the collapse of the Soviet Union was the decline in oil prices is more than doubtful, the point is also different. The current situation is different from those events, like day to night. Then the United States stood behind the super-cheap oil that fills the world with Saudi Arabia, opening for it its own, almost boundless energy market. Today, Washington is preoccupied with saving its own economy and is acting solely on this basis.

The same Washington Post very specifically writes that in the oil confrontation between Moscow and Riyadh, the main victim is Washington. At the same time, extremely harsh reproaches are made to the Saudis for "treachery", manifested "despite all the military assistance and public support" provided by the White House. The publication rightly assumes that “changes that will increase purchasing power in the United States can also bring instability to their financial system.” But there is another aspect! According to Fatih Birol, head of the International Energy Agency (IEA), a drop in oil prices to $ 25 per barrel will simply destroy the American “shale” industry, leaving it no wet. According to the American, again the Financial Times, the industry today is "in a pre-default state." Perhaps, taking into account the enormous damage that the US economy will inevitably suffer as a result of the spread of the coronavirus there, this most dangerous competitor for our (and not only) oil industry, it will still be possible, if not to finish it off completely, then at least tame it didn’t climb, where they don’t ask ?! For the sake of this alone, it’s worth a little patience and a little shake up the moshna in the form of NWF - then everything will pay off with interest. This will happen, however, with the indispensable observance of two main conditions. First, Russia must go through a pandemic with the least possible loss - human and economic. Well, here we have someone to learn: what China needs to do for this, China has demonstrated to the world. Secondly, the right conclusions should be drawn from the current crisis. Not in the form of a sigh of relief: "Phew ... It’s carried!", But at the macroeconomic level. Conclusions that will lead to a truly global correction of the country's development vector, which is necessary to get rid of export-raw dependence. Then it remains only to thank the higher forces for what is happening now has become for us the "last bell", and not a death knell. Otherwise, the country's economy will still be ruined - not by this “collapse”, but by the following.
Ctrl Enter
Noticed oshЫbku Highlight text and press. Ctrl + Enter
We are
To deceive everyone: the USA played a great game against oil
Oil prices: how Russia outwitted the whole world
Reporterin Yandex News
Read Reporterin Google News
13 comments
Information
Dear reader, to leave comments on the publication, you must sign in.