Satanovsky: Coronavirus may win in US presidential election 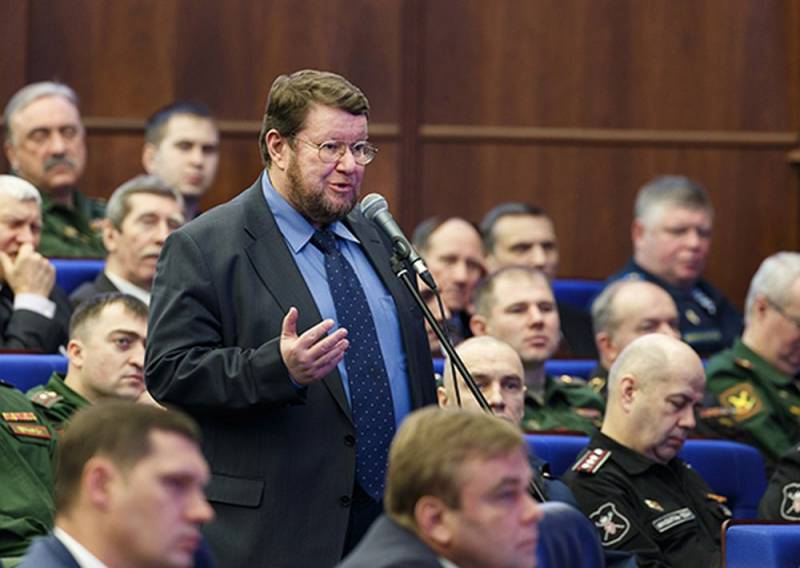 Well-known Russian political scientist, candidate economic Sci., professor and one of the leading experts on the Middle East Yevgeny Satanovsky said that coronavirus infection 2019-nCov (COVID-19) turned out to be a strength test for countries of the world, their state institutions and social systems. Satanovsky wrote about this in his Telegram channel "Armageddonych".


Satanovsky believes that Asian states with stronger central authority and tighter discipline have been better prepared for the epidemic. They cope with the epidemic more effectively than others, although it was in Asia that the epidemic began.

According to the political scientist, small, authoritarian states and monarchies with a serious repressive apparatus also cope well with the epidemic. At the same time, Satanovsky is sure that for the European Union, with its Schengen agreement and open borders, the epidemic turned out to be a "coffin with music."

Satanovsky points out that everything related to the protection of individual rights is “a wonderful thing.” However, this lasts only until it becomes clear that this does not allow anyone who has contacted the patients to be quarantined and protect the rest.

Gouging (Italy) and principled adherents of individualism and business freedom (USA) are the worst. Moreover, there is no and is not expected to have a state health system in the States (Obama’s reforms were completely different), it is unrealistic to introduce such rules of conduct there as in China, Korea or Taiwan, and the discontent of voters for Trump is much more important than the victory over coronavirus. So how many infected there are, how many sick and how many of them die, completely unpredictable
- remarked Satanovsky.

Satanovsky drew attention to the fact that in older people the risk of a severe course of the disease is significantly higher than in young people. The political scientist noted that all presidential candidates in the United States (elections in November 2020) are “old people” who are at risk. At the same time, the American election company provides for massive "shaking of thousands and thousands of hands" during public campaigns throughout the country.

And it is possible that the winner in the upcoming presidential election will be coronavirus. At least, those who participate in the race have far fewer chances to live to see the announcement of their results than their grandchildren
- suggested Satanovsky.

As for the situation in Russia, Satanovsky does not see any panic, because "the experience of catastrophes is too large and fresh to react to every infection."

With medicine, it’s much worse than we would like, but much better than in the same States under which our grief reformers optimized it for several decades, but did not manage to spoil it. With discipline in critical situations is better. With peace of mind and do not care at all for five plus. So break through. Where do we go!
- summed up Satanovsky.

It must be recalled that recently Satanovsky She urged Russians refuse tourist trips to Turkey and stated that Europe is turning in "a cross between Africa and the Middle East."
Ctrl Enter
Noticed oshЫbku Highlight text and press. Ctrl + Enter
We are
The richest people in the world lost $ 139 billion per day due to coronavirus
Satanovsky: Europe turns into a “cross between Africa and the Middle East”
Reporterin Yandex News
Read Reporterin Google News
Ad
The publication is looking for authors in the news and analytical departments. Requirements for applicants: literacy, responsibility, efficiency, inexhaustible creative energy, experience in copywriting or journalism, the ability to quickly analyze text and check facts, write concisely and interestingly on political and economic topics. The work is paid. Contact: [email protected]
2 comments
Information
Dear reader, to leave comments on the publication, you must to register.
I have an account? Sign in