The United States has lost most of its strategic bombers 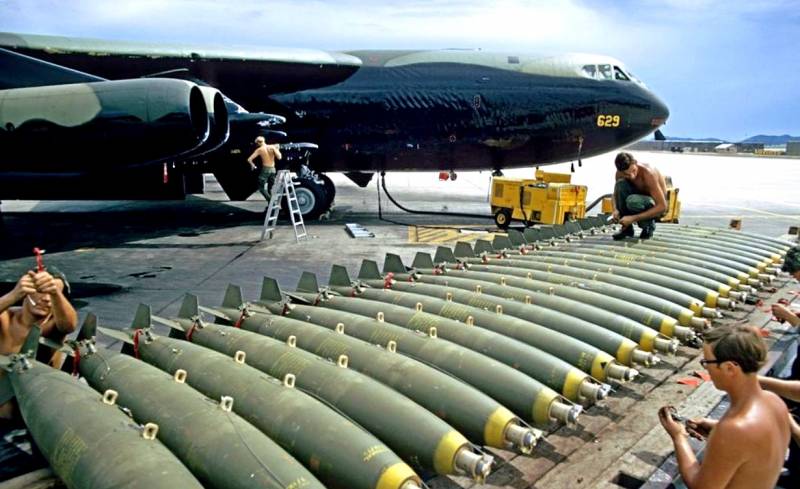 Despite the colossal Pentagon budget being mastered by US corporations, the seemingly unshakable US military power is increasingly being called into question. Recently we toldas a result of cost savings, a record reduction in the number of the main "workhorses" of the US Navy - missile destroyers "Arly Burke" and cruisers "Ticonderoga" is planned. Now, under the knife is the striking force of the US Air Force.


Washington is entering the next phase of the geopolitical confrontation with Beijing and Moscow with the smallest composition of its bomber aircraft in history, which the American military and experts are worrying about. The general trend so far is that in the coming years, the "strategists" at the disposal of the Pentagon will become even smaller.

The basis of US long-range aviation is strategic bombers B-1, B-2 and B-52. "Strategists" are very effective because they serve two purposes at the same time. Firstly, they are an integral part of the “nuclear triad” and perform the function of “nuclear deterrence”, being ready to launch a missile-bomb strike. Secondly, Washington, spreading democracy around the world, is actively using heavy bombers in conventional wars. In Middle East conflicts, the B-1, B-2, and B-52t provided air support to the US military. It is estimated that their departures accounted for only 20% of the total, but it was they who threw 76% of death from heaven on the heads of US opponents.

Today, it is strategic aviation that the US military and experts consider the best means of deterring countries such as China, North Korea, Iran and Russia. This is due to the long range of such bombers, high payload and the ability to hit targets with airborne cruise missiles from a considerable distance. US Air Force General General John Michael Law says:

The reality is that today a wide range of combat missions is simply impossible to accomplish without strategic bombers.

Good news for all opponents of the United States, the Pentagon is not doing well with the "strategists" so far. Towards the end of the Cold War, Washington had around 400 such winged killers. However, for a number of reasons, in the near future there may be only 140 of them left.

So, since the fifties, the basis of strategic long-range aviation of the US Air Force was the Boeing B-52 Stratofortress, each of which was ready to drop 2 thermonuclear bombs on the USSR. Unbelievable, but these "old men" are still in service and are actively used, which is possible thanks to their modernization. In the coming years, it is planned to re-equip B-52H in the amount of 78 pieces. They will be replaced by engines with more modern and powerful, but the exact timing and final cost have not yet been determined, since the real state of the wiring and many details is unknown, which will become clear only after opening the case of an elderly veteran.

The old horse will not spoil the furrow, but the fact that the US Air Force continues to tinker with aircraft of such age is something to be said. As you know, to replace the B-52 was developed and adopted by the supersonic B-1 Lancer. The Pentagon bought from the manufacturer hundreds of such strategic bombers, which were later converted to use conventional weapons. Each cost $ 283,1 million at nineties prices.

Aircraft were actively used in Iraq, Afghanistan, Libya and Syria. 10 were lost as a result of air crashes. Due to the high cost of servicing the Air Force, another 30 were written off, and now only 61 vehicles remain in service. Due to the constant use of bombers are not in the best condition, according to some reports, only 10% of those remaining are actually combat-ready. A modernization program has been planned until 2038, but because of the high cost, the Pentagon is considering writing off another 17 B-1 Lancer in order to save the rest by saving them.

Finally, mention should be made of the B-2 Spirit. This is a unique aircraft created using of technologies stealth. The Pentagon is counting on them as a means of breaking through the air defense of potential opponents. Everything would be fine, but its value plays against the "strategist". Each cost about a billion dollars to the budget, and there are two dozen of them in total. The mentioned General John Michael Law almost tears his hair on his head:

The budget request for fiscal year 2021 cancels the modernization program for the B-2 defense system and puts our only invisible combat bomber on the path of early cancellation.

And this is good news for everyone who does not want to be "democratized" like him.
Ctrl Enter
Noticed oshЫbku Highlight text and press. Ctrl + Enter
We are
Why the Pentagon is no longer satisfied with the most massive missile destroyer of the US Navy
Putin and Lavrov have done their job. General Shoigu, your way out!
Reporterin Yandex News
Read Reporterin Google News
15 comments
Information
Dear reader, to leave comments on the publication, you must sign in.