USA or China: who is responsible for the appearance of COVID-19 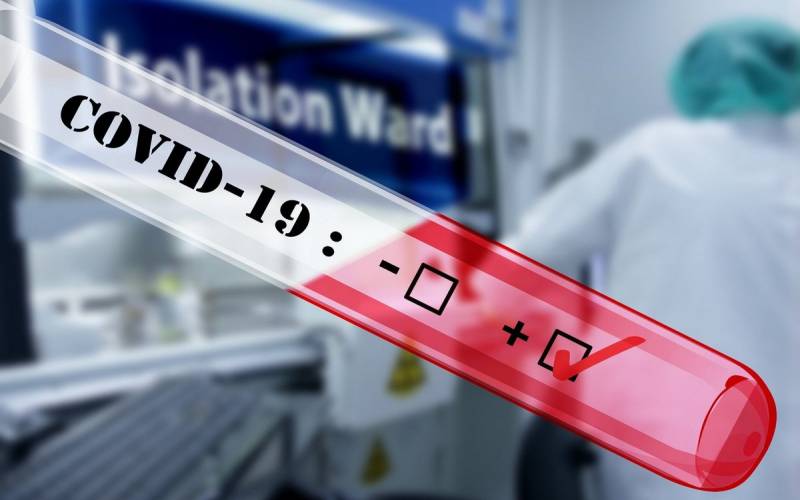 Rumors that the COVID-19 coronavirus pandemic could have been man-made, went long. A couple of days ago, Beijing for the first time publicly nodded toward the United States. True, the representative of the Ministry of Foreign Affairs of China made this streamlined; it’s not clear from his statement whether the Americans could intentionally or carelessly bring the virus to Wuhan. It’s understandable, diplomat.


But still, who is the most likely candidate for the role of source of infection, the United States or China itself?

Thousands of people around the world died from COVID-19, therefore, if the virus is of artificial origin, then its spread is a crime against humanity, mass murder.

Unless proven otherwise, COVID-19 can be considered naturally-occurring. Earlier we detail told, why China is a potential source of various epidemics: a large crowding of the population in traditional contacts with all kinds of exotic animals, such as bats and bats. It is possible that there is no one's personal fault in the emergence of a new virus.

However, we live in the real world, where everyone has heard about such a thing as biological weapons. It is no secret that the United States of America has a well-developed network of bio-laboratories that conduct dangerous research on viruses, and they are always located near the borders of potential opponents of the “stronghold of democracy”. On the other hand, the Chinese themselves are carrying out certain work in this direction, and their largest research center is located just in the city of Wuhan, where the epidemic came from.

In other words, the United States and China had an objective opportunity to operate with certain dual-use biotechnologies. And here the question arises of whether each side has intent and motive. For Beijing, releasing a dangerous virus in one of its largest cities, which is a developed transportation hub, would be sheer madness. Already the consequences of the epidemic are comparable to the results of the war. However, there is always the opportunity for some negligence: someone overlooked something, did not properly dispose of the medical waste of the experiments, the laboratory mouse or something like that escaped. Prior to an objective and comprehensive investigation, such a scenario cannot be ruled out.

Somewhat more plausible is the hypothesis of the participation of military doctors from the United States. There are also two options. The first is negligence. If you look at the statement of the Chinese diplomat, he nodded at the American soldiers as the source of the virus. So, the first cases of the disease in the PRC were recorded in November 2019, and a month earlier in Wuhan, the VII World War Games was held with the participation of American soldiers. If one of them was already sick, then, being in the stage of the incubation period, he could infect others. The question is how and where did COVID-19 pick up this “null patient”, if any.

Finally, the version of the intentional spread of the virus is eligible for consideration. The epidemic has already done a lot of trouble for China, hitting the economy the main rival of the USA. The motive, as they say, is obvious. Critics rightly argue that Americans suffer from an epidemic, fall ill and die, their economy also suffers losses. Who in their minds will set free a dangerous virus that, in the context of globalization, will easily spread throughout the planet?

The answer is simple: the one who already has the medicine. If in the very near future, American corporations announce the incredibly fast development of a vaccine against COVID-19, which they are ready to produce and sell to everyone, then some conclusions can already be drawn.
Ctrl Enter
Noticed oshЫbku Highlight text and press. Ctrl + Enter
We are
Ukraine from the inside: traitors, curators and those who watch from the Kremlin
Ten "defeats" of Putin
Reporterin Yandex News
Read Reporterin Google News
Ad
The publication is looking for authors in the news and analytical departments. Requirements for applicants: literacy, responsibility, efficiency, inexhaustible creative energy, experience in copywriting or journalism, the ability to quickly analyze text and check facts, write concisely and interestingly on political and economic topics. The work is paid. Contact: [email protected]
16 comments
Information
Dear reader, to leave comments on the publication, you must to register.
I have an account? Sign in