Will Trump decide to finish off the Russian economy 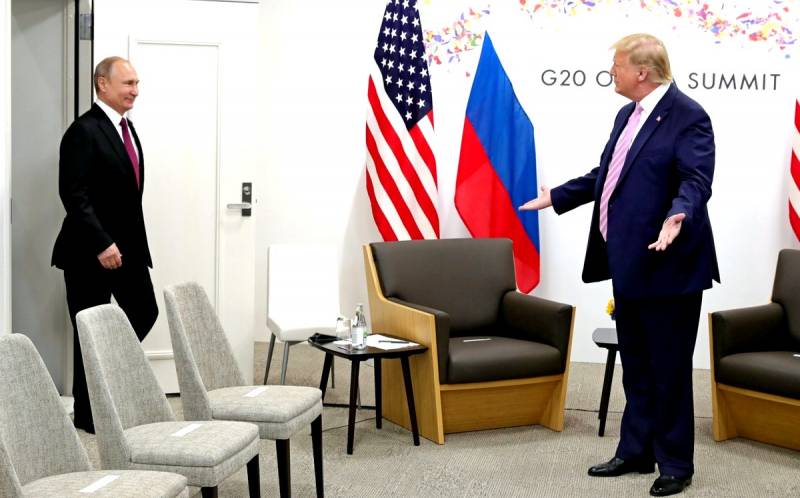 Over the world the economy not even the “black swans” are circling (the collapse of the OPEC + deal and the epidemic of the coronavirus), but the most natural “black raven”. Apparently, the United States, substituting a foot to China and Russia, is ready to go on to finish off its main geopolitical opponents.


What can one expect from Washington, which has shut off the United States from the rest of the world, in the very near future?

One of the most successful in the history of venture capital funds Sequoia Capital warned its partners about the need to review the risks towards the most unfavorable:

We need to be prepared for turbulence and have a ready-made way of thinking for the (most dangerous) scenarios that can be played out.
To make it clear, Sequoia Capital has been working since 1972, the management of the investment fund managed to see a lot of things. Among his projects: Apple, Google, Oracle, Yahoo !, YouTube, Instagram, PayPal, LinkedIn, Dropbox, Cisco, WhatsApp, etc. Among the co-investors of the fund there are many extremely influential people, including among the American ruling elites.

So what are hinting to their partners at Sequoia Capital?

For understanding, the general picture should be taken into account: the United States officially recognized Russia and China as a threat to its national security. Moscow, mainly due to the nuclear arsenal inherited from the USSR and some hypersonic modern developments. Beijing is both a growing military power and economic power. China in the context of globalization is a "world workshop", but does not intend to be limited only to this status. The Middle Kingdom invests enormously in science, education and R&D. In the region of of technologies the Chinese are confidently crushing the Americans, and in some places have already taken the lead.

It is clear that to fight with Russia or China in order to “return them to the stall”, using strategic nuclear weapons is more expensive, but there are simpler ways. Surprisingly, the coronavirus epidemic that erupted in Wuhan coincided with the collapse of the OPEC + deal with unexpectedly aggressive actions on the oil market of the US Saudi Arabia.

For Russia, standing on oil and gas pipes, this is a terrible blow. Already, our country is losing billions due to falling prices for black gold, and soon this will negatively affect gas contracts, which are tied to oil quotes with a small lag in time. Without any American ICBMs, the Russian economy, geared towards exporting hydrocarbons, will be, as it were after the war, until the end of 2020, if nothing changes dramatically.

For China, the situation could be even worse. On the one hand, he, as the world's largest producer, benefits from cheap oil and gas. On the other hand, global quarantine has dealt a powerful blow to its industry and exports. In Western countries, they began to think about the need to reduce dependence on supplies from China, and this "import substitution" will have long-term negative consequences for the Celestial Empire. But this is far from all.

So, the White House may well now recall last year’s threat from President Donald Trump to close American stock exchanges for Chinese companies. In September 2019, against the backdrop of such reports, the shares fell sharply: Alibaba Group - by 5%, Baidu - by 3,5%, JD.com - by almost 6%, Pinduoduo - by 4%. About one and a half hundred Chinese companies are currently trading in the United States.

The next logical step is a ban on Chinese investment in American companies. US expert Bilal Hafez comments on this as follows:

The Foreign Investment Risk Assessment System (FIRRMA) Act was signed by President Trump in 2018. He gives the US Foreign Investment Committee (CFIUS), which claims the takeover of US companies, incredibly broad powers. For example, now the body can stop real estate operations and even the acquisition of minority stakes in companies.
“Cherry on the cake” may be a ban on access for Chinese and Russian investors to US stock exchanges, as well as a restriction for American investors in the purchase of Russian and Chinese securities. How will this affect the economy of China and the Russian Federation? Yes, it is clear that in the most negative way.

Of course, in the context of globalization, the USA itself will suffer from such radical steps. For them, this will be a "shot in the foot." Here are just a bullet first pass through the head of China and ricochet to Russia. The divorce, albeit in a harsh form, with Beijing fits into the "imperial" concept of Donald Trump.
Ctrl Enter
Noticed oshЫbku Highlight text and press. Ctrl + Enter
We are
To deceive everyone: the USA played a great game against oil
Oil prices: how Russia outwitted the whole world
Reporterin Yandex News
Read Reporterin Google News
Ad
The publication is looking for authors in the news and analytical departments. Requirements for applicants: literacy, responsibility, efficiency, inexhaustible creative energy, experience in copywriting or journalism, the ability to quickly analyze text and check facts, write concisely and interestingly on political and economic topics. The work is paid. Contact: [email protected]
27 comments
Information
Dear reader, to leave comments on the publication, you must to register.
I have an account? Sign in