The USA told how the West pays for the wars unleashed 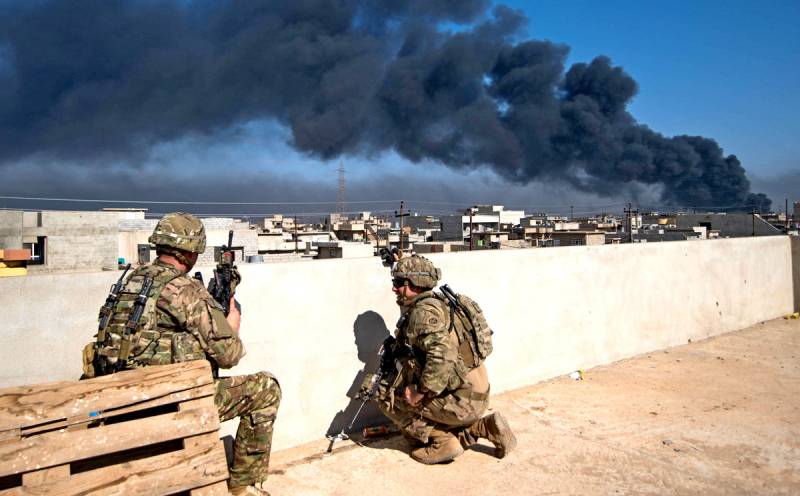 Patrick Joseph Buchanan, a well-known American politician and publicist, ideologist of the extreme right-wing faction in the Republican Party of the USA, has been sounding the alarm for 20 years about the internal crisis of European civilization (de-Christianization of the USA and Europe, declining birth rates and the breakdown of society into conflicting ethnic, religious and other groups ) At the same time, Russia in the eyes of the American still remains a traditional opponent of the West.


In the American magazine The American Conservative, Buchanan writes that Turkish President Recep Tayyip Erdogan is blackmailing Europe with “Syrian refugees” to get a lot of money from Brussels. Buchanan called another reason for blackmail is the desire of Ankara to force the European Union to intervene in the situation in the Idlib de-escalation zone in order to prevent official Damascus from taking control of this territory and defeating the pro-Turkish "opposition".

In the hell that Syria is today, from the point of view of human rights, one can observe the scale of the disaster caused by the fact that the “crusaders”, inspired by Wilson's ideas, decided to overthrow the dictator Assad and defend Syria in the name of democracy
- reports Buchanan.

Buchanan recalled that when the “Arab spring” began in Syria, Europe, the USA, Turkey and the Gulf countries began to actively support and arm “good rebels”. At the same time, Buchanan stated that the "good Syrian rebels" were quickly defeated by terrorists who took the lead in the conflict.

A publicist politician points out that after this, Russia and Iran got involved in the conflict in Syria, which helped Damascus take control of most of the country's territory. After that, a flood of unfinished terrorists and other "Syrian refugees" poured into Turkey.

Buchanan emphasizes that most Western interventions in the Islamic world in the XNUMXst century have been inconclusive. He listed Afghanistan, Iraq, Libya, Syria, Yemen, after which he wondered what the West got as a result of all these wars in the Greater Middle East?

In Syria and Yemen, through our efforts, two of the world's largest outbreaks appeared in which human rights are not respected. A new civil war has begun in Libya. In Iraq, we are now fighting with Iran for influence in the country that we "liberated" in 2003
- said Buchanan.

Moreover, in Afghanistan it was necessary to conclude an agreement with the Taliban movement (an organization banned in Russia) and now Washington is "washing its hands." Moreover, over 20 years, during all these wars, according to official statistics, 7 thousand American soldiers were killed. And another 40 thousand were injured.

We have invested all the resources of the empire in these wars. And what did these wars give to the peoples to whom we came to help and whom we “exalted”, besides hundreds of thousands of killed Afghans and Arabs, and millions of people forced to leave their homes and found themselves in exile?
- said Buchanan.

Buchanan draws attention to the fact that now, after all of the above, someone is talking to Europe about "moral duty." That is, Europe is being pushed to accept the millions of refugees that have emerged as a result of these and other wars.

But if the EU opens its doors to an endless stream of Africans and Arabs, where is the evidence that European countries will accept and assimilate them? Will these migrants and asylum seekers become good Europeans? Or will they create enclaves in the big cities of Europe with the same conditions as in the African and Middle Eastern countries from which they came?
- asks Buchanan.

Buchanan recalled that in previous centuries European countries (Great Britain, Belgium, France, Holland, Germany, Spain Portugal, Italy) and the United States had already tried to control those whom Rudyard Kipling dismissively called "lower castes" and "creatures without law." But then, after two world wars, the West was imbued with liberalism and began to proclaim the equality of races, peoples, religions, cultures and civilizations. This was to indicate the defeat of empires and the abandonment of the colonies as "reactionary remnants" of times of ignorance and prejudice.

At the same time, Buchanan notes that the peoples of the new countries are unhappy with the way their rulers lead and go to Europe to get what they cannot get at home. So liberalism has become the "ideology of suicide of the West", because "the former colonial countries are turning into colonies of the future."

Is this how the West comes to an end?
- summed up Buchanan.
Ctrl Enter
Noticed oshЫbku Highlight text and press. Ctrl + Enter
We are
Turkey moves troops to Syria to avoid “nightmare scenario”
Ukraine provokes the USA to start a war
Reporterin Yandex News
Read Reporterin Google News
Ad
The publication is looking for authors in the news and analytical departments. Requirements for applicants: literacy, responsibility, efficiency, inexhaustible creative energy, experience in copywriting or journalism, the ability to quickly analyze text and check facts, write concisely and interestingly on political and economic topics. The work is paid. Contact: [email protected]
6 comments
Information
Dear reader, to leave comments on the publication, you must to register.
I have an account? Sign in