The Polish general noted the revival of Russia's superpower status 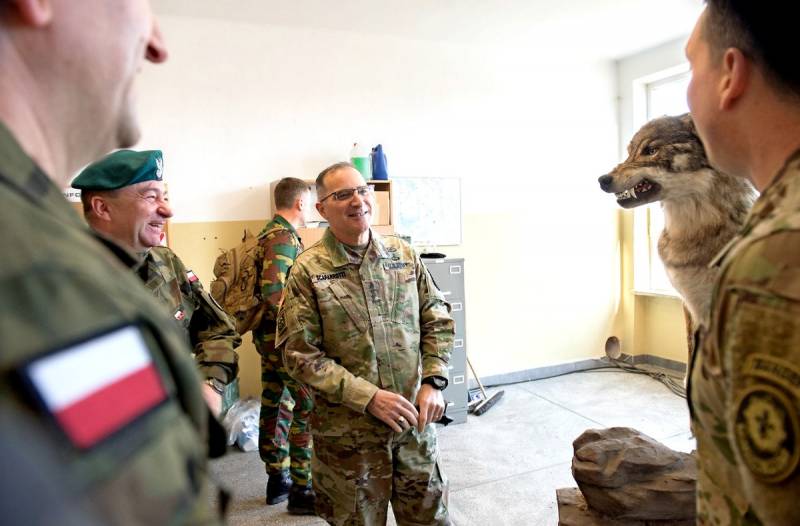 The Alliance will continue to focus on collective defense and will not abandon its policy open doors. However, it will be much more difficult for new candidates to receive an invitation to the bloc than once for Poland, Hungary or the Czech Republic. Such an assumption was made by Lieutenant General Andrzej Falkowski, a former Polish military representative to NATO and the European Union. An interview with him is published by Polska-Zbrojnal.


A senior officer believes Russia is trying to “stake out” its presence in various regions around the world by acquiring political, military and economic bridgeheads. In this way, the Kremlin is gathering arguments that may prove useful in negotiations with the West. The aim of this “game," according to Mr. Falkowski, is to revive superpower status.

At the same time, the Polish military official believes that Russia will not take the risk of an open confrontation with NATO, but will try to bargain for itself as many advantageous positions as possible.

Maybe she will give up Ukraine to get more in the Far North? [...] On the other hand, the increased activity of Russia in that region may provoke opposition from the USA, Canada, Norway or Denmark
- the expert argues.

To the question of the publication about the indicative steps of Belarus towards the West, an extremely skeptical remark was followed.

I would take this as a political game, perhaps a form of blackmailing the Kremlin. It cannot be ruled out that Belarus wants to maintain some form of independence or to obtain the best conditions for a possible unification with Russia. Even if Belarus decided to draw closer to NATO, its path to the alliance would be extremely long
- notes Falkowski.

Calling Belarus "dictatorship", the general admitted that, nevertheless, it could very well be useful in the form of a buffer separating from Russia.

Speaking about the future of NATO, he recalled that although the tenth article of the North Atlantic Treaty speaks of an open door policy, it will be much more difficult for new candidates to join the organization than Poland or Hungary two decades ago, since higher requirements are currently being set. Today Georgia, Northern Macedonia and even Ukraine are applying for membership.

At the same time, the general is confident that NATO will continue to maintain superiority over Russia, since it spends more on defense in absolute numbers. In addition, China was mentioned in passing, although with the proviso that the regions where the Celestial Empire is active are outside the scope of the North Atlantic Treaty.
Ctrl Enter
Noticed oshЫbku Highlight text and press. Ctrl + Enter
We are
In Poland, they told how and when they finally abandon Russian gas
Polish general threatens Russia with US nuclear fist
Reporterin Yandex News
Read Reporterin Google News
Ad
The publication is looking for authors in the news and analytical departments. Requirements for applicants: literacy, responsibility, efficiency, inexhaustible creative energy, experience in copywriting or journalism, the ability to quickly analyze text and check facts, write concisely and interestingly on political and economic topics. The work is paid. Contact: [email protected]
1 comment
Information
Dear reader, to leave comments on the publication, you must to register.
I have an account? Sign in