“Only damaged”: the Ministry of Defense contested the words of Erdogan about the eight destroyed “Shells” 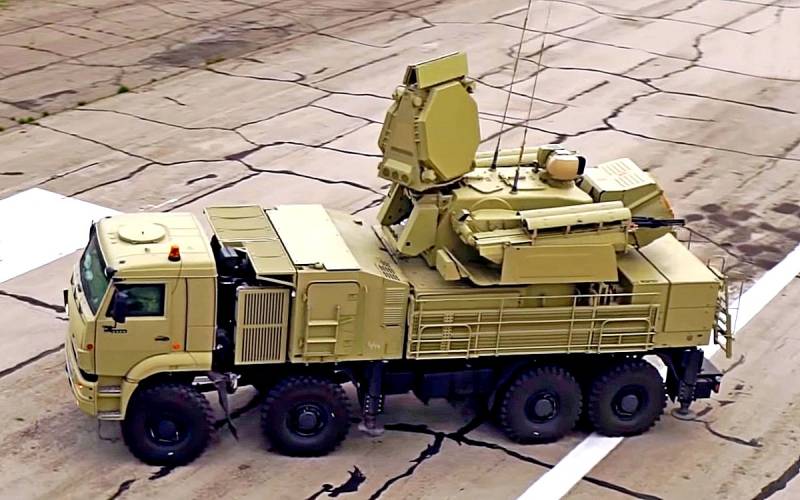 The Russian Ministry of Defense reported that the information provided by the Turkish military to its President Tayyip Recep Erdogan about the alleged destruction by Turkish drones of eight self-propelled anti-aircraft anti-aircraft missile-cannon systems (air defense systems) “Pantsir-C1” in the Idlib de-escalation zone in Syria does not correspond to reality. The Russian military called the indicated quantity and information of the Turkish colleagues "more than an exaggeration."


According to the Russian military, only four Pantsir-C1 air defense missile defense systems covered the Syrian Arab Army (SAA) from an air attack in the Idlib de-escalation zone. It was clarified that the bulk of Syria’s air defense systems, including the aforementioned “Shell-C1,” are concentrated in the area of ​​Damascus (the country's capital).

It should be recalled that on March 10, 2020, President Erdogan told reporters, after returning from Brussels, that the Turkish army destroyed eight Pantsir-C1 air defense systems in the Syrian province of Idlib.

In Idlib, we destroyed eight Shells with the help of our combat drones. These are very expensive and important air defense systems.
- said Erdogan.

At the same time, Erdogan added that the Pantsir-C1 air defense missile systems were also deployed in Libya.

It should be noted that it is not known exactly how much the Pantsir-C1 SAM system is armed with.
Ctrl Enter
Noticed oshЫbku Highlight text and press. Ctrl + Enter
We are
In Russia, expressed concern for the aircraft of the Russian Air Force in Syria
Turkey moves troops to Syria to avoid “nightmare scenario”
Reporterin Yandex News
Read Reporterin Google News
Ad
We are open to cooperation with authors in the news and analytical departments. A prerequisite is the ability to quickly analyze the text and check the facts, to write concisely and interestingly on political and economic topics. We offer flexible working hours and regular payments. Please send your responses with examples of work to [email protected]
1 comment
Information
Dear reader, to leave comments on the publication, you must sign in.