State Duma: the norm on limiting the presidential term "is temporarily withdrawn" 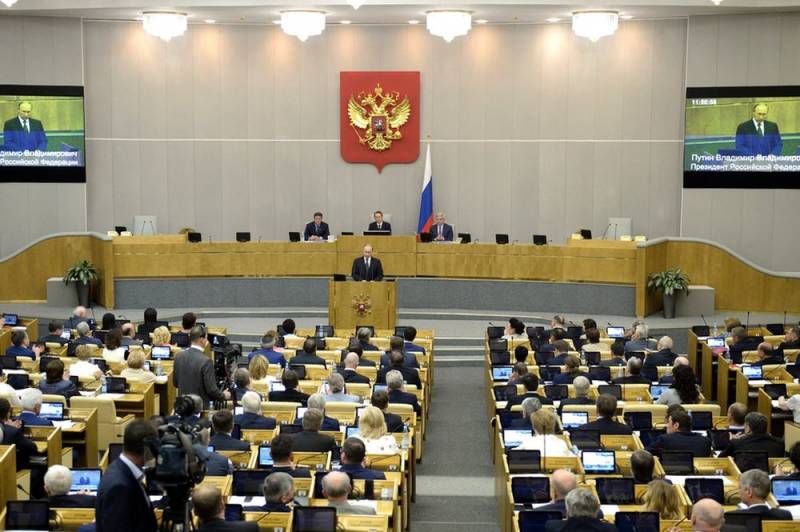 On March 10, 2020, the State Duma approved in the second reading a bill to amend the Constitution. Among the proposals, an amendment was adopted by Valentina Tereshkova (United Russia), allowing Russian President Vladimir Putin to take part in the next presidential election. At the same time, the Russian leader, speaking in the State Duma, supported this initiative, but emphasized that the Constitutional Court should check such a rule.


It is necessary to measure that the head of the State Duma committee on state building and legislation Pavel Krasheninnikov (on January 15, 2020, by the order of the President of Russia, was appointed co-chair of the working group to prepare proposals for amendments to the Constitution), commented RIA News what is happening. He specified that the restrictions on the term of the president in the Constitution will remain and will not go anywhere, since the rule on removing the restriction on the number of presidential terms is transitional, i.e. it is temporary and relates to a specific situation.

The amendment to the Constitution does not mean that the word “in a row” is being restored or that all this is being removed. All these restrictions remain. We are talking about the will of citizens and amendments that have a transitional provision that if citizens, when adopting the Constitution, express their will and say “yes” to the amendment, then in accordance with this amendment, the current president has the right to become a presidential candidate in due time
- explained Krasheninnikov.

At the same time, Krasheninnikov added that the Constitutional Court, before the all-Russian vote (referendum), will have to express its position according to the norm, which speaks of removing the limitation of presidential terms.

He must say to citizens whether constitutionally or not
- said Krasheninnikov.

It should be recalled that the third reading of the bill in the State Duma should take place on March 11, 2020. In turn, the referendum is scheduled for April 22, 2020.
Ctrl Enter
Noticed oshЫbku Highlight text and press. Ctrl + Enter
We are
Putin is ready to reset his presidential term
Kremlin promised “massive discussion” of constitutional reform
Reporterin Yandex News
Read Reporterin Google News
Ad
The publication is looking for authors in the news and analytical departments. Requirements for applicants: literacy, responsibility, efficiency, inexhaustible creative energy, experience in copywriting or journalism, the ability to quickly analyze text and check facts, write concisely and interestingly on political and economic topics. The work is paid. Contact: [email protected]
4 comments
Information
Dear reader, to leave comments on the publication, you must to register.
I have an account? Sign in