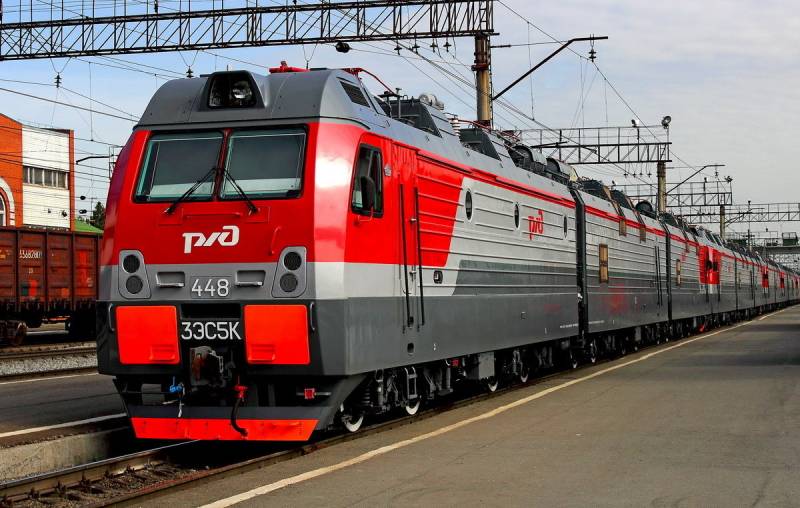 The American non-governmental research organization The Jamestown Foundation, founded as a platform to support Soviet defectors, suddenly became preoccupied with Russian railways. After all, it was not in vain that an article appeared on her website entitled: “The Russian railway system is in trouble, threatening China’s trade and the economy Russia. "


We remind you that according to the information of the structure itself, “The mission of The Jamestown Foundation is to inform and educate political leaders and the entire community about events and trends that are strategically and tactically important to the United States and which are often off limits. " Therefore, they consider it important to receive information from those "who have experienced the peculiarities of regimes that threaten US national security."

Given the lack of a developed road system in Russia and the increasing difficulties of using rivers for transportation, Moscow not only relies more on a network of long-distance railways, but also expects that this network will play a key role in trade between China and Europe. At the same time, the organization believes that Moscow is unable to invest in maintaining and developing this network, so Beijing is increasingly skeptical that Russia can be a land route connecting China and Europe. Therefore, the domestic problem is becoming an international problem for Moscow. It is because of this that China seeks to ship its goods either by sea or by routes that completely bypass Russia.

The Jamestown Foundation draws attention to the fact that the seriousness of this situation is reflected not so much in frequent reports of railway accidents in Russia as in Moscow’s inability to modernize the country's railway system. For example, trains run along the Trans-Siberian Railway too slowly to make this route economically viable. At the same time, in China, freight trains develop speeds of up to 100 km / h. and the Russian average is only 35-40 km / h. Then there is a link to Andrei Ivanov from the Free Press, the material of which says that "in some sections of the Trans-Siberian Railway the speed does not exceed 10 km / h."

After that, The Jamestown Foundation proceeds to the difficulties of Russian Railways OJSC (Russian Railways OJSC). It is said that a number of problems have led to the decline of the railway network over the past 20 years. This happened after Moscow reduced its services to many areas of the country and eliminated state subsidies. It is specified that the cost of the railway system will be further reduced. As an example, there is a link to the RBC agency with information on the reduction of the staff of Russian Railways by 2025 by another 30 thousand people. Moreover, as a negative point, the American "partners" called the construction of the Kerch (Crimean) bridge and the restoration of railway stations in cities, rather than laying new routes and improving the management system. The Americans called it the wrong investment approach.

By the way, the article of The Jamestown Foundation is full of links, negative responses and statements of "experts", which in chorus portend the inevitable "collapse" of Russian railways. The organization concludes by saying that “for decades, Russians have said that their country suffers from two things - fools and roads.” In her opinion, this remains true, but increasingly the term “roads” refers to railways, and not just automobiles.

From the above, we can make one simple conclusion that since such an audience has become preoccupied with the Russian hardware, it means that the Russian railways have a future. It’s just that Russophobes always get hysterical when something is done in Russia not how they want. Moreover, Washington is frankly concerned about the land connection between China and Europe, because it undermines US control over trade routes.
Ctrl Enter
Noticed oshЫbku Highlight text and press. Ctrl + Enter
We are
New taxes and more expensive parcels: what awaits Russians in 2020
US will protect the Baltic states from Russia by the hands of Poles
Reporterin Yandex News
Read Reporterin Google News
Ad
The publication is looking for authors in the news and analytical departments. Requirements for applicants: literacy, responsibility, efficiency, inexhaustible creative energy, experience in copywriting or journalism, the ability to quickly analyze text and check facts, write concisely and interestingly on political and economic topics. The work is paid. Contact: [email protected]
7 comments
Information
Dear reader, to leave comments on the publication, you must to register.
I have an account? Sign in