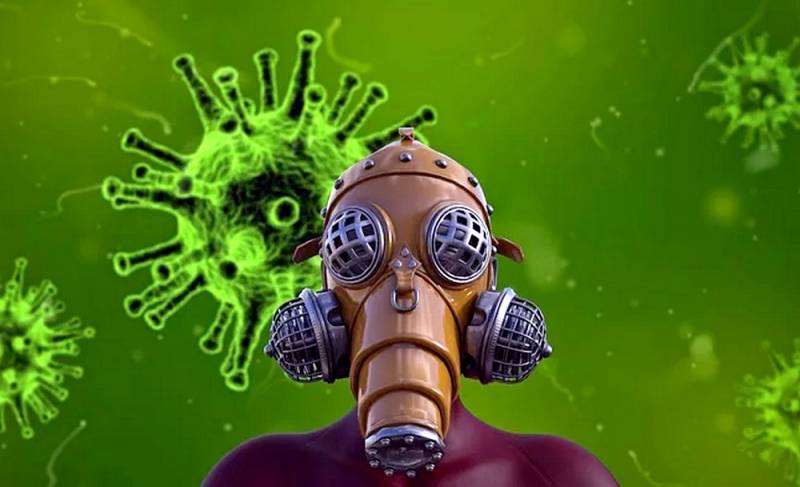 The coronavirus epidemic is marching around the planet. The Chinese authorities were not able to take the disease under full control, and the virus broke into Europe. There are already infected in our country, and the Ministry of Health is preparing a training manual on how to behave when faced with symptoms of the disease.


Already now we can confidently say that COVID-2019 will affect not only the world the economy, but also in military affairs.

About how the epidemic negatively affected the economy of China, we detail told earlier. The country's manufacturing enterprises are idle, the load on the transport system has decreased, and consumer demand has fallen. The indices of industrial production sharply dipped, for the first time the PRC announced the suspension of natural gas imports. For the main "world workshop" this is a very bad symptom.

If the epidemiological situation is not corrected as soon as possible, in the most developed industrial economy of the world, burdened with a debt of 300% of GDP, an uncontrolled chain reaction of bankruptcies of enterprises and mass social protests may begin.

It is significant that Beijing drew an army to fight the virus. The PRC Ministry of Defense announced that the epidemic has shown the importance of strengthening national biological security. In China, it was noted that the outbreak of the disease in its consequences for the economy, society and policy comparable to a regional war.

Beijing doesn’t point a finger straight at anyone, but Chinese military expert Peng Guangqian privately stated that the current biological threat could come from both “biomutation” and “evil enemy”. Moreover, an act of aggression can take place without declaring war.

As a result, the Chinese authorities came to the conclusion that it was necessary to introduce a biosafety law, as well as the introduction of a system for monitoring and managing the corresponding risks. According to Peng Guangqian, this problem can be solved by creating a specialized institution or special forces.

The epidemic has affected countries within the Alliance. They have not yet reached the necessity of creating biosafety units, but numerous NATO military exercises were under attack. For example, Finnish military personnel refused to participate in NATO’s Cold Response 2020 maneuvers, which should take place in Norway, because of the risk of catching the virus from foreign colleagues.

Recall that doctors have already warned of the great danger from the large-scale exercises Defender Europe-2020, which should soon begin. Tens of thousands of military personnel from different countries will take part in them, which can then spread the epidemic throughout the Old and New Worlds.

The virus has already reached Russia. Moscow authorities have introduced a high alert, preventive measures have been strengthened. All persons who have visited countries affected by the epidemic are subject to medical examination, as well as those who have contacted them due to the hidden incubation period of COVID-2019.

The big question is how much the main Russian metropolis with millions of residents and illegal migrants can really be protected from the outbreak of the epidemic, and whether the country's authorities are ready to impose a quarantine similar to Chinese.
Ctrl Enter
Noticed oshЫbku Highlight text and press. Ctrl + Enter
We are
Deadly virus is expanding: bio-weapons could be used against China
How Ukraine break Putin's plan: six tips Zelensky
Reporterin Yandex News
Read Reporterin Google News
1 comment
Information
Dear reader, to leave comments on the publication, you must sign in.