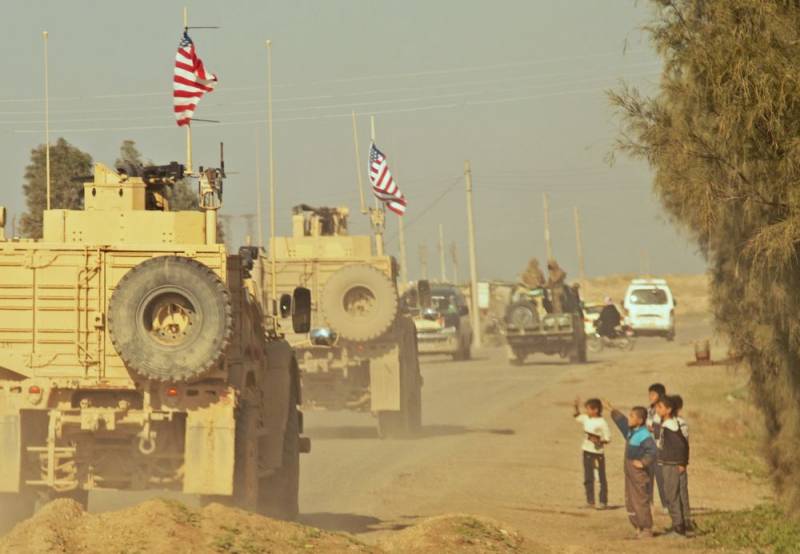 Syrian radio station Sham FM (located in Damascus) reported that residents of the village of al-Kuzliya (Hasek province) did not allow a column of American military, consisting of seven armored vehicles, to enter their village. After which the Americans were forced to turn around and leave in the opposite direction.

Residents of the village of al-Kuzliya, located west of the city of Tell Tamr in the province of Hasek, did not allow a column of American invaders, consisting of seven armored vehicles, to enter the village, threw stones at it and forced it to retreat
- said the radio station.

The radio station did not provide other information regarding this incident. Moreover, from other sources, this information has not yet been confirmed.

Necessary to remindthat on February 12, 2020, the US military opened fire on locals who blocked their path in the village of Harbat Hamo, located east of the city of Kamyshly (Hasek province). Then, as a result of the incident, a teenager died, another person was injured. Further escalation was prevented by the Russian military, who intervened in what was happening.

I must add that the Syrian Kurds, compactly living in the above area, are really not happy with the presence of the American military, who go where they want and shoot when they want.
Ctrl Enter
Noticed oshЫbku Highlight text and press. Ctrl + Enter
We are
Department of Defense Reveals Details of Shootings of US Military with Syrians
Russian military police did not pass US equipment through a checkpoint in Syria
Reporterin Yandex News
Read Reporterin Google News
3 comments
Information
Dear reader, to leave comments on the publication, you must sign in.