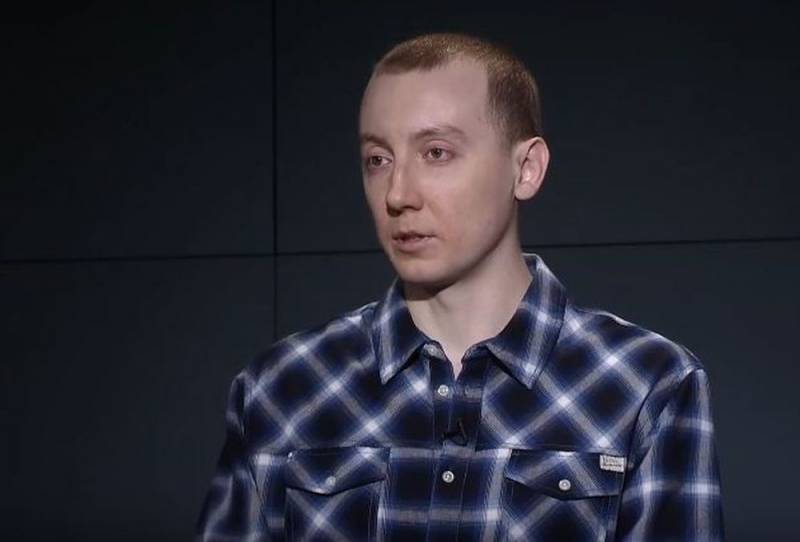 Ukrainian journalist Stanislav Aseev, previously convicted in the Donetsk People’s Republic (DPR) for espionage for 15 years, but exchanged in December 2019 for Odessa "demolitionists" and other "separatists", became a frequent guest on Ukrainian TV channels. In his last interview with Channel Five, he told the public about the Kiev lost war for the Donbass. However, this was known back in the summer of 2015, when the intense phase of hostilities ended.

We have lost these territories, we will not be able to return them
- said Aseev.

At the same time, the ex-spy explained that during the time of the conflict, a whole generation of children who were raised on other values ​​grew up in the Donbass. Now these children are studying the exploits of the Donbass militias, and not the “exploits” of Bandera.

Are we ready (Ukraine - ed.) To get this Donbass?
- the journalist wondered.

Aseev believes that Kiev will be able to establish control over the border with Russia in the Donbass only after supporters of the DPR and LPR leave the region beyond the control of the Ukrainian authorities. At the same time, Aseev himself called such a development of events - fantastic.

It should be noted that Aseev was convicted in October 2019. He was convicted by the court of espionage in favor of the Ukrainian special services and extremism. As part of the exchange of convicted and detained persons was exchanged and is now located in Ukraine controlled by Kiev.


For objectivity, it must be added that the fate of the Odessa "demolitionists" and other "separatists" exchanged for Aseev was not so successful. Currently, several dozen people are in Gorlovka (DPR) and are informing the public from their Exchange 2019 group (VKontakte social network) about local bureaucratic ups and downs and other realities.

Hello my friends. The epic with our documents continues. Today, people came to us from the city administration of Horlivka and from the apparatus of Dasha Morozova. Gathered, talked a little.
The biggest pitfall we stumbled upon is a prisoner of war certificate. It turns out that the presence of even a full package of Ukrainian documents (and practically no one has them), address information and registration in a hostel (and this is only in the future), even a certificate that we are participants in the exchange - all this is not a reason for that to become a citizen of the republic. And this I am only talking about legal and bureaucratic issues. The fact that with the soul and heart we are with the Republic forever, it does not bother the lawmakers at all. Oh well, this is lyrics.
The main problem for us is the identification of a prisoner of war. Previously, these crusts were issued by the Ministry of Defense. But after the abolition of this structure, the issuance of this document fell on the shoulders of the People’s Police. However, there is no department in NM to do this. And without a certificate, we can’t even get address certificates and registration. We are at a dead end !!!
So far, the only bright spot is the city administration, which solves our current misunderstandings with the leadership of the hostel.
By the way, in a month our free stay will end and we will begin to demand money for accommodation, but we can’t get a job without registration. But this is a topic for a separate post.
At the moment, they promised us that they will deal with the issue of certificates and in a month they will give us an answer, when will we finally begin to receive them. This will be another small step towards becoming a citizen of the republic. In the meantime, we are betting, will we get us out of this bureaucratic dead end?
- written in circulation.

This is a real SOS signal, and not only for Donetsk and Lugansk, but also for Moscow. Indeed, for some reason all these people were pulled out of prisons and pre-trial detention centers.
Ctrl Enter
Noticed oshЫbku Highlight text and press. Ctrl + Enter
We are
Putin told where the Donbass militia got tanks and artillery
The DPR Parliament has expanded the borders of the republic to the edge of the Donetsk region
Reporterin Yandex News
Read Reporterin Google News
Ad
The publication is looking for authors in the news and analytical departments. Requirements for applicants: literacy, responsibility, efficiency, inexhaustible creative energy, experience in copywriting or journalism, the ability to quickly analyze text and check facts, write concisely and interestingly on political and economic topics. The work is paid. Contact: [email protected]
2 comments
Information
Dear reader, to leave comments on the publication, you must to register.
I have an account? Sign in