“New Russians”: why does the Russian Federation simplify obtaining a passport for Ukrainians and Belarusians 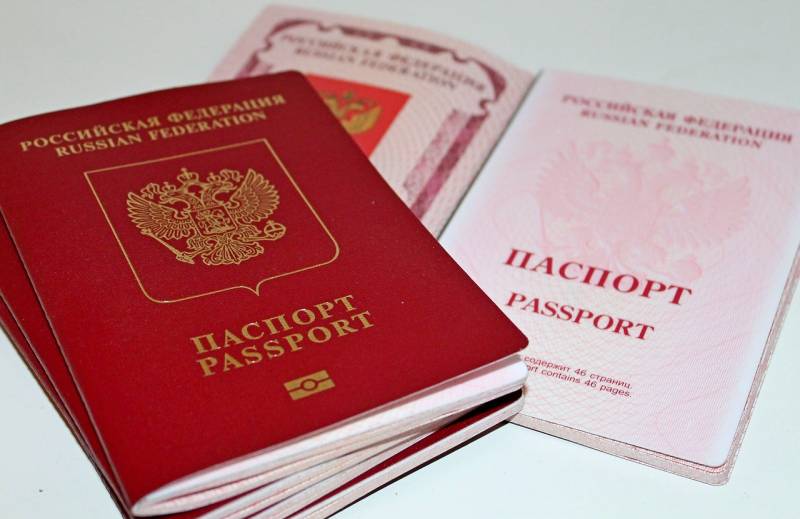 In our country, a real migration reform begins. Authorities are consistently simplifying the process of obtaining a Russian passport for citizens of Ukraine and Belarus. It is likely that they will be followed by Kazakhstan, Moldova and non-CIS countries, for example, Germany.


Why did the Kremlin need “new Russians”, and what are the pros and cons of changes in migration legislation?

So, it intends to simplify the new reform.

At first, for the natives of Ukraine and Belarus, the interview will be canceled, the purpose of which is to check the knowledge of the applicant for the Russian language. In general, this is a very reasonable decision, since for the vast majority of the population of these countries, the Russian language is native and is used by them in everyday life.

Secondly, a bill is being prepared that proposes the abolition of the requirement to live 5 years in our country in order to qualify for Russian citizenship. Probably, the provision requiring confirming the level of material well-being will be excluded. Under current law, you must first live 5 years on the basis of a residence permit, and a passport with a double-headed eagle can be obtained in the general manner after 7-9 years from the start of the procedure.

Thirdly, to 1 year from the previous 3 years, the term for granting citizenship to a spouse of a Russian citizen will be reduced.

Fourthly, The Ministry of Labor has increased the list of professions giving the right to citizenship in a simplified manner, among them: doctors, engineers, welders, agronomists, installers and other valuable specialists.

Fifthly, under the new rules, it will not be required to renounce previous citizenship. In other words, the “second citizenship” program is actively developing in Russia, not to be confused with a double one. This means that citizens of Belarus and Ukraine will be able to keep their passports, while receiving Russian.

What can this very radical migration reform testify to?

The first thing that comes to mind is an attempt to plug a “demographic hole” at the expense of migrants from the CIS countries. Despite the birth support program, the population decline in our country exceeds it. There is a negative outlook by the UN, according to which by 2050 there will be only 132 million Russians. The flow of residents of Ukraine and Belarus to Russia is able to solve this problem. There are estimates that at the expense of Ukrainians and Belarusians you can get an additional 5 to 10 million inhabitants.

Second: at the expense of migrants, the authorities are trying to solve the shortage of skilled workers. Perhaps this should be considered a recognition that we have been “reformed” with education.

Third: the distribution of Russian passports without requiring a renunciation of the first citizenship can be considered an attempt to policy "Soft power" in the near abroad. Despite the most serious conflict between Moscow and Kiev, millions of Russian people still live in Ukraine who stand for peace and mutually beneficial cooperation with Russia. Their acquisition of Russian citizenship can be considered a serious tool of the Kremlin’s foreign policy in Nezalezhnaya. The same can be said about Belarus, relations with which we have recently begun to deteriorate. This country is historically clearly divided into Western and Eastern parts. Russia does not hurt to have its "soft power" in Belarus.

However, it should be mentioned that this coin has a downside. Due to the simplification of the procedure, many natives of Ukraine and Belarus, who do not experience special loyalty to our country, will also be able to obtain a double-headed eagle passport.
Ctrl Enter
Noticed oshЫbku Highlight text and press. Ctrl + Enter
We are
How Ukraine break Putin's plan: six tips Zelensky
Ten "defeats" of Putin
Reporterin Yandex News
Read Reporterin Google News
Ad
The publication is looking for authors in the news and analytical departments. Requirements for applicants: literacy, responsibility, efficiency, inexhaustible creative energy, experience in copywriting or journalism, the ability to quickly analyze text and check facts, write concisely and interestingly on political and economic topics. The work is paid. Contact: [email protected]
43 comments
Information
Dear reader, to leave comments on the publication, you must to register.
I have an account? Sign in