In Germany, they decided to seek a stop "Nord Stream-2" 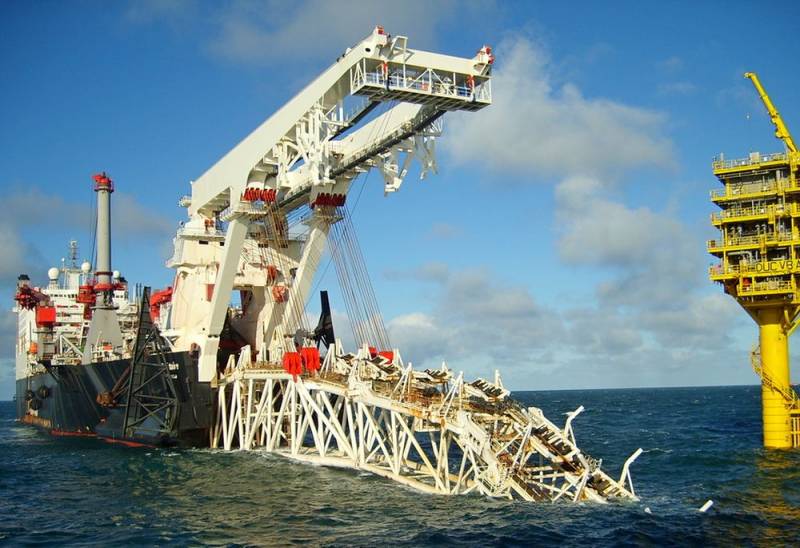 The last hope of Russophobia to stop the Nord Stream-2 gas transmission project is a horde of German "environmental grant-eaters" close to the "philanthropist" George Soros. For example, the Environmental Action Germany (“Deutsche Umwelthilfe”), a “non-profit” association for the protection of the environment and consumers, supported by public and private grants and donations, has already demanded to stop the construction of the Nord Stream-2 gas pipeline.


This was announced on March 5, 2020 by the German weekly magazine WirtschaftsWoche (Wirtschaftsvohe or WiWo), which even launched the WiWo Green portal dedicated to “green the economy". Naturally, the emphasis is on some kind of “environmental” expertise.

So, the mentioned "ecologists" require a second check of Nord Stream-2 for its environmental safety. For credibility, they refer to the “legal opinion” of the Institute of National Economy and Law at the Technical University of Berlin.

We will turn to the Mining Inspectorate in Stralsund with a request to double-check the permit for the construction of the Nord Stream-2 gas pipeline
- said the head (CEO) of Deutsche Umwelthilfe, Sascha Müller-Kraenner.

This "ecologist" believes that it is necessary to check the impact of natural gas on the climate and find out under what conditions this type of hydrocarbon is produced in Russia.

For clarity, the "gentleman" Sasha Muller-Krenner (born 1963) from 2007 to 2014 shockly "worked" in various positions in the giant environmental "octopus" The Nature Conservancy (TNC) and was responsible for the organization's European program. TNC is a huge international “environmental” structure with more than a million members and activists, as well as programs in 30 countries of the world. From 2003 to 2006, Sasha Müller-Krenner worked as the Director of the Heinrich Belle Foundation for Europe and North America, as well as the Program Manager for the Fund's External Relations. policy and security policy. From 1998 to 2002, he served as director of the office of this Fund in Washington.

It should be added that in the opinion of the “environmental advocate” Cornelia Zim, who prepared the above “legal opinion” on behalf of the Institute of National Economy and Law at the Technical University of Berlin, methane emissions from gas production in Russia and Europe are “higher than indicated by the executors project ". However, she did not specify where she got this information. So, such "arguments" of all these "ecologists" can be justifiably considered insolvent.
Ctrl Enter
Noticed oshЫbku Highlight text and press. Ctrl + Enter
We are
Bolton found guilty of unsuccessful relations with Russia
Russian Foreign Ministry responded to ultimatum on Malaysian Boeing
Reporterin Yandex News
Read Reporterin Google News
6 comments
Information
Dear reader, to leave comments on the publication, you must sign in.