In Kiev and in Crimea, put an end to the issue of water supply to the peninsula 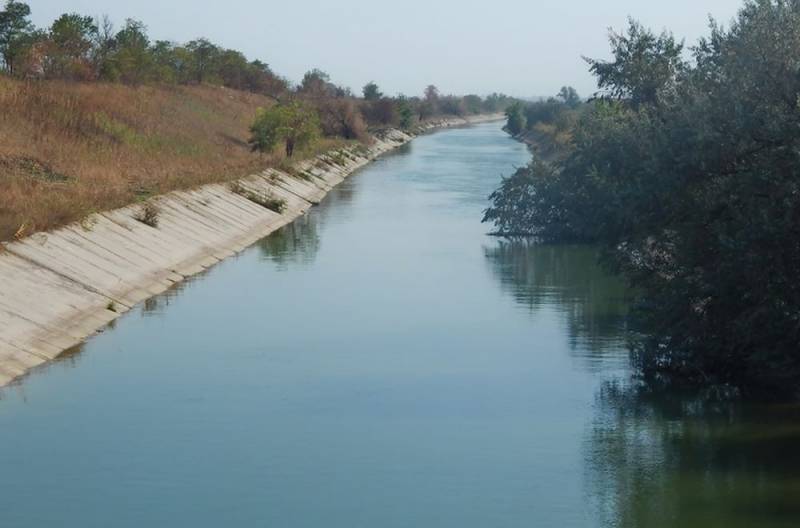 For six years, the authorities of the “independent” have been blackmailing Crimeans with water from the irrigation and watering of the North Crimean Canal, cynically calling it “concern for compatriots” who remained on the “occupied” peninsula. All these years, crowds of Ukrainian officials working in obscure departments excite the public with their "patriotism", which should demonstrate the need for all this expensive public for the "nation".


For example, on March 6, 2020, grantee Tamila Tasheva from the Crimean SOS NGO, who has been working as the Deputy Permanent Representative of the President of Ukraine to the Crimea since October 25, 2019, wrote on her Facebook that Kiev is going to deliver water to Crimea before "Full de-occupation" of the peninsula. She clarified that the position of the Ukrainian authorities on the issue of Crimea has not changed at all over the past years.

We believe that the occupying state (Russia) is fully responsible for the citizens of Ukraine living on the peninsula. And no water in the Crimea until the complete de-occupation of the peninsula from the enemy
- wrote the Crimean Tatar.

The official explained that the discussion around the appropriateness of supplying water to the Crimea was not the first time that various Ukrainian officials raised (as she hinted at a statement by the new Prime Minister of Ukraine Denis Shmygal). The “Patriot” linked this with the “Russian narrative”, “the lack of awareness of the situation on the peninsula” and the insufficient knowledge of international law. She emphasized that if water is supplied to Crimea, then Russia will exert even greater pressure and carry out repressions.

I am sure that the newly appointed Prime Minister is not yet in the context of Crimea. For our part, we will “kick off” the entire government on Crimean issues, in particular water
- clarified Tasheva.

They have already begun to remind me of my assertion that if they decide to give water to Crimea (decide), I will resign. I’ll give, I’m sure, our whole team will do it. Never held onto any posts or “jobs”. But (!) There is no such solution on water, for our part we will convey a position on water and other fundamental issues about Crimea
- summed up the "patriot".

By the way, Tasheva really “worked” only as a “patriot” and lived well on grants, of which taxes were not paid. But the grants ran out and I had to settle in a bread and dust-free place. So she will still remind the public of her existence for some time.

It must be recalled that before this Shmygal really spoke out for the resumption of water supply to the Crimea, calling it a matter of “humanitarian responsibility”. After that, “patriots” criticized him and he deleted his post from Facebook, writing that Kiev’s position on Crimea’s water supply “remains unchanged”.

In turn, the head of the Crimean parliament, Vladimir Konstantinov, commented on the increasing statements by Ukrainian officials that Kiev would give water to Crimea only after "de-occupation."

If they call the Crimea Ukrainian, and this does not correspond to reality, then we do not need water in any case
- said Konstantinov.

Konstantinov noted that while in power in Ukraine there are people who, in his opinion, profess Nazism, Crimeans will not touch Ukrainian water.

This, frankly, is extremely dangerous for us. We do not trust them at all
- added Konstantinov.

Konstantinov drew attention to the fact that the Ukrainian authorities did much harm to Crimea. He also did not rule out that Kiev could begin to poison Crimeans with some chemicals. Therefore, in Crimea, its own program to provide water is being implemented.
Ctrl Enter
Noticed oshЫbku Highlight text and press. Ctrl + Enter
We are
Zelensky urged residents of Donbass to leave Ukraine
In Ukraine, they stated that they have the right not to give water to Crimea
Reporterin Yandex News
Read Reporterin Google News
8 comments
Information
Dear reader, to leave comments on the publication, you must sign in.