Posner: Russia is better to be friends with Japan than with China 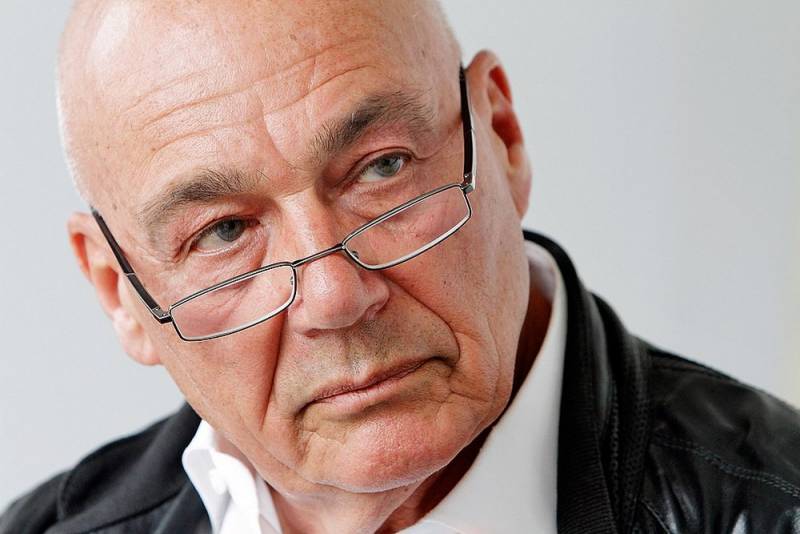 Talking about his trip to Japan to shoot the film, the famous journalist and TV presenter Vladimir Pozner shared his opinion on how important relations with the Land of the Rising Sun are for Russia.


In his opinion, given the fact that Russia is a Eurasian state and has “immediate interests” in Asia, it needs to build relations not only with China, but also with Japan, which is a neighboring state:

... relations with Japan are of great importance. I know that now they are looking more and more towards China, but I think that this is wrong, it would be necessary to make every effort to draw closer to Japan.

The journalist noted that today Russia has good relations with an island state, although a peace treaty has not been concluded between the countries.

He believes that the geographical proximity is a sufficient argument to compromise relations with Tokyo.

However, the search for a compromise with Japan is greatly complicated by the country's excessive dependence on the United States: Washington will in every way impede the rapprochement between Tokyo and Moscow.

In February, the head of the Japanese government, Shinzo Abe, announced his intention to conclude a peace treaty with Russia and turn Kunashir, Shikotan, Iturup and Habomai into "islands of friendship." Abe will attend the May 9th celebrations in Moscow.
Ctrl Enter
Noticed oshЫbku Highlight text and press. Ctrl + Enter
We are
"Could not integrate": Pozner spoke about young people who are bored in the USSR
Posner proposed a national idea for Russia
Reporterin Yandex News
Read Reporterin Google News
Ad
The publication is looking for authors in the news and analytical departments. Requirements for applicants: literacy, responsibility, efficiency, inexhaustible creative energy, experience in copywriting or journalism, the ability to quickly analyze text and check facts, write concisely and interestingly on political and economic topics. The work is paid. Contact: edito[email protected]
20 comments
Information
Dear reader, to leave comments on the publication, you must to register.
I have an account? Sign in