MFA: The Netherlands is trying to hide the fraud of facts on the case of flight MH17 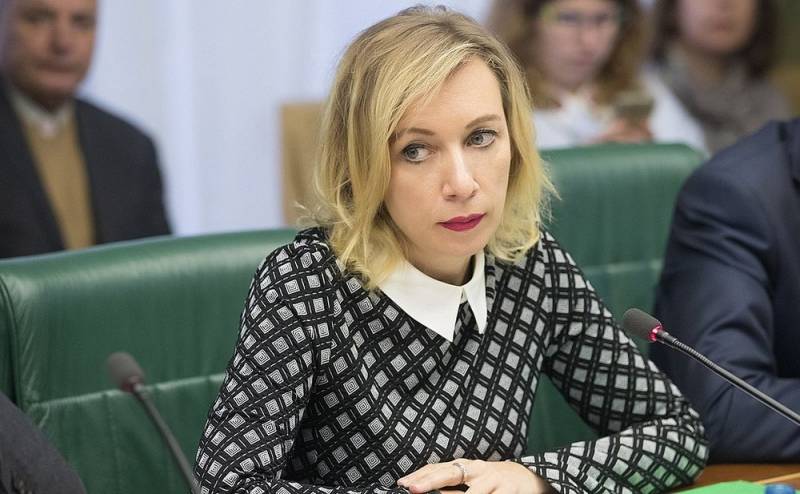 The media campaign launched by the Netherlands on the eve of the trial of the Malaysian Boeing crash over Donbass has an accusatory bias against Russia and is designed to put pressure on the court.


This was stated at a briefing by the official representative of the Russian Foreign Ministry, Maria Zakharova, the words of which are quoted by the Russian media:

The media campaign is gaining momentum just unprecedented. <…> And in the last days before the hearings, all this was launched in order to compensate for the existing gaps in the evidence base and hide the manipulation of facts under the pre-selected version. Perhaps, including in order to inspire the idea of ​​the impeccability of the investigation, to predetermine the verdict and to prevent any deviation from the course set six years ago.
The diplomat noted that the statements of the Joint Investigative Group (CVG) about the presence of certain witnesses whose names are classified made within the framework of the same campaign, and became a clear example of how the formula that has nothing to do with an objective investigation began to be applied: “We are sure we know that you did this because we were informed about this by secret sources whose data we cannot tell you. ”

Recall that the Malaysia Airlines passenger Boeing, flying from Amsterdam to Kuala Lumpur, crashed on July 17, 2014 in the sky over the Donetsk region of Ukraine. The victims were 298 people - citizens of 10 states.
Ctrl Enter
Noticed oshЫbku Highlight text and press. Ctrl + Enter
We are
Malaysia rejects anti-Russian disaster report MH17
Washington urged Moscow to stop lying about the downed Boeing
Reporterin Yandex News
Read Reporterin Google News
Ad
The publication is looking for authors in the news and analytical departments. Requirements for applicants: literacy, responsibility, efficiency, inexhaustible creative energy, experience in copywriting or journalism, the ability to quickly analyze text and check facts, write concisely and interestingly on political and economic topics. The work is paid. Contact: [email protected]
35 comments
Information
Dear reader, to leave comments on the publication, you must to register.
I have an account? Sign in