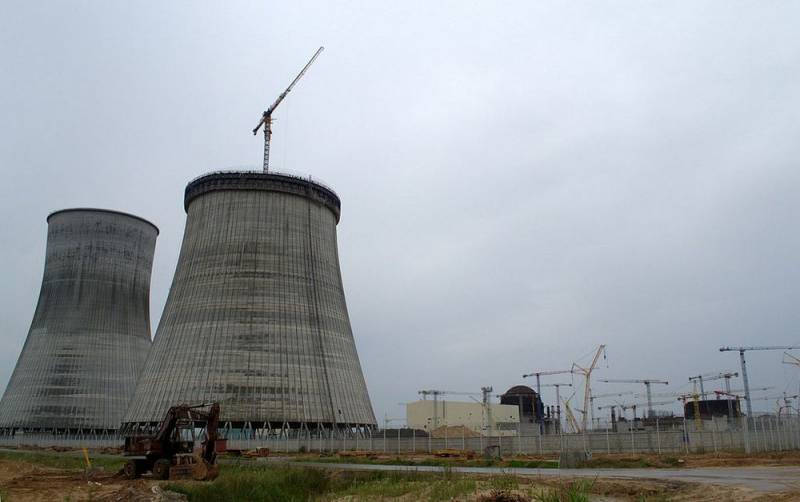 
About this he made a corresponding entry on his page in Instagram:

Modern Chernobyl - Ostrovets NPP - is located near Lithuania. This is a threat not only to Lithuania, but also to the European Union as a whole.
Further, the Lithuanian leader decided to make a pleasant Aleksievich, and deftly inserted the name of her book in his next passage:

In this light, the appearance of the “Lithuanian Prayer” looks much more likely shortly after the EU ceases to pay subsidies to Lithuania in 2021, which Europeans now name among other Baltic republics only as a “social disabled person”.

It is also possible that, in the very foreseeable future, the dwarf “Baltic tiger” will be among the first to beg Minsk to connect it to the capacities of the very NPP under construction, which Nauseda is now opposed to building.
Ctrl Enter
Noticed oshЫbku Highlight text and press. Ctrl + Enter
We are
In Sevastopol, the bell that visited Notre Dame de Paris has survived
Polish priests burned Harry Potter books in front of the church
Reporterin Yandex News
Read Reporterin Google News
Ad
The publication is looking for authors in the news and analytical departments. Requirements for applicants: literacy, responsibility, efficiency, inexhaustible creative energy, experience in copywriting or journalism, the ability to quickly analyze text and check facts, write concisely and interestingly on political and economic topics. The work is paid. Contact: [email protected]
3 comments
Information
Dear reader, to leave comments on the publication, you must to register.
I have an account? Sign in