Russian submarines in the Atlantic: US Navy ready to “break through with battle” 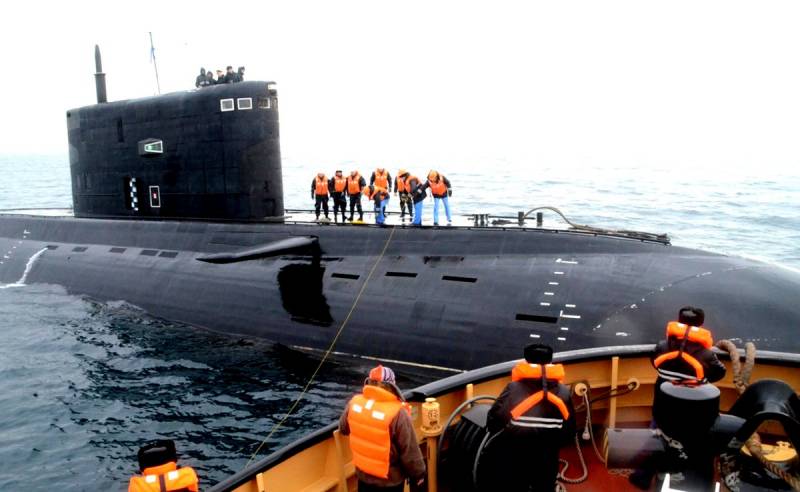 The United States defiantly continues to prepare for war with Russia. Soon Europe will host the largest military exercises of the Russian anti-Russian defender Defender-Europe 2020 in a quarter of a century. The Americans will transfer over 20 troops and combat troops to the Old World machinery. At the same time, the Pentagon decided to work out the interaction of its Second and Sixth Fleets, as well as conduct a large-scale operation Atlantic Convoy Ops to conduct convoys across the Atlantic.


How serious are the preparations that are being carried out, and how can Russia respond to them?

Ever since the Cold War, the United States clearly had no illusions about its NATO allies. They counted on stopping the advancing Soviet troops with the help of nuclear strikes, after which American troops were to be deployed to Europe. 90% of all military forces in this case will be transported by sea, and our Northern Fleet should prevent them. The last time the teachings of this kind were conducted by the Pentagon in 1986.

The increased activity of the Russian Navy has led the United States to recreate its Second Fleet, which is supposed to protect the East Coast of the Heartland and the North Atlantic from Russian submarines, as well as ensure the safety of naval convoys. As part of the exercises, it is planned to deliver to Europe not only tens of thousands of military personnel, but also military equipment in a total volume of 120 thousand cubic meters (tanks, armored personnel carriers, self-propelled guns, etc.). For this, ships of the Marine Corps, as well as specially chartered civilian vessels, are used.

The Atlantic Convoy Ops operation revealed that there are serious problems in coordinating the actions of military and civilian transport vessels. Their communication system does not meet the requirements of the Pentagon. But the matter was not limited to communication difficulties. Breaking Defense explained:

During the exercise, attacks on the convoy will be worked out. It will be a kind of stress test that will show how ready it is to break through the Atlantic with a fight.
The cover of the convoy was led by the UIC Vella Gulf (CG-72) missile cruiser of the Ticonderoga type, which is part of the AOG with the Dwight Eisenhower aircraft carrier. This aircraft carrier strike group should ensure the security of the American Army’s transfer to Europe, “repelling the attacks” of our Northern Fleet. We are witnessing the largest convoy operation since World War II. Only then they were carried out in alliance with us, and now they are directed against our country. The Defender-Europe 2020 exercises will take place in the immediate vicinity of the Kaliningrad region and Belarus.

All this is very sad, but the Russian Defense Ministry has to respond to anti-Russian military activity. So, some time ago, a big resonance caused a "breakthrough into the Atlantic" of the nuclear submarines of the Northern Fleet, equipped with cruise missiles "Caliber" and "Granite". By the end of the year, the submarines “Novosibirsk” and “Kazan”, which will be able to hit enemy convoy vessels approaching European ports, should come into operation to reinforce Severodvinsk. Military expert Andrew Metric writes the following on this subject:

Russian submarines no longer need to cross this line in order to significantly affect the balance of military forces in Europe. They can operate from relatively safe areas in the Norwegian and Barents seas, hitting targets in Northern and Central Europe.
In addition, the Russian Defense Ministry is launching its own exercises to identify hiding American submarines. So, the strategic long-range anti-submarine Tu-142 (according to NATO classification - “Bear-F”) and the Il-78 tanker aircraft were transferred from the Northern Fleet base to the Crimea. The combat radius of the Tu-142 at 5200 km allows you to detect and if necessary destroy the enemy nuclear submarines. Obviously, we are dealing with the strengthening of defensive capabilities in connection with the activation of the Second and Sixth Fleets of the US Navy.
Ctrl Enter
Noticed oshЫbku Highlight text and press. Ctrl + Enter
We are
American general: Kaliningrad air defense full of holes like Swiss cheese
Again failed to defeat the Russians: What ended the largest NATO exercises
Reporterin Yandex News
Read Reporterin Google News
Ad
The publication is looking for authors in the news and analytical departments. Requirements for applicants: literacy, responsibility, efficiency, inexhaustible creative energy, experience in copywriting or journalism, the ability to quickly analyze text and check facts, write concisely and interestingly on political and economic topics. The work is paid. Contact: [email protected]
1 comment
Information
Dear reader, to leave comments on the publication, you must to register.
I have an account? Sign in