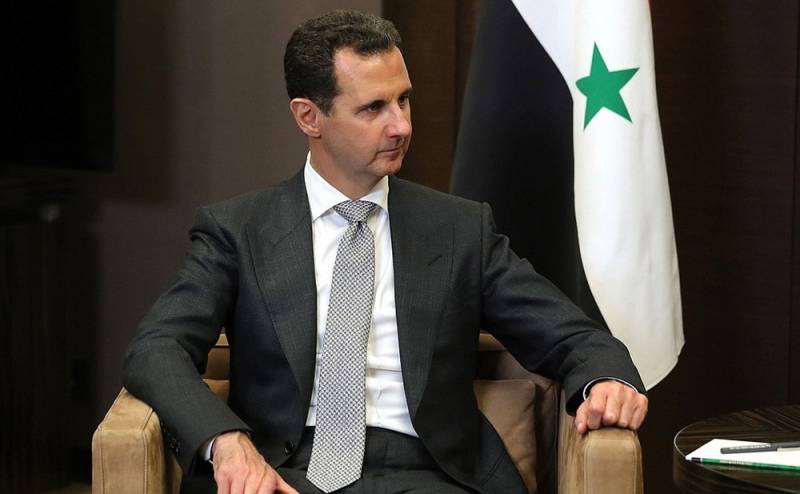 Syrian President Bashar al-Assad said that the Americans and Turks are occupiers, and the Syrians do not intend to tolerate their presence in the territory of their country.


A statement was made during an interview with the TV channel Russia-24. Russian media cite the words of the Syrian president:

The national and constitutional duty of the state is to support any resistance to the invaders. And I am convinced that the time will come when no one will remain on the side of the invaders. The people will rise against the American occupation. And they will not have the opportunity to stay either for oil or for the support of terrorists such as ISIS * and Jebhat al-Nusra *, or for anything else.
He further added that the above fully applies to neighboring Turkey, which not only supports illegal armed groups in northern Syria, but has also introduced its military contingent there:

If they don't leave as a result political negotiations, they will have to be driven out by force. And we will do this. This is also our national duty as Syrians.
According to Assad, Damascus is ready to restore diplomatic relations with Ankara, but for this to happen, Turkey needs to stop supporting gangs on the territory of Syrian Idlib.

Recall that as a result of yesterday’s talks in Moscow between Russian President Vladimir Putin and Turkish President Recep Tayyip Erdogan, agreements were reached to resolve the situation in the Syrian province of Idlib.

* -terrorist organizations banned in Russia
Ctrl Enter
Noticed oshЫbku Highlight text and press. Ctrl + Enter
We are
Turkey moves troops to Syria to avoid “nightmare scenario”
Assad called the true goal of the United States in Syria
Reporterin Yandex News
Read Reporterin Google News
Ad
The publication is looking for authors in the news and analytical departments. Requirements for applicants: literacy, responsibility, efficiency, inexhaustible creative energy, experience in copywriting or journalism, the ability to quickly analyze text and check facts, write concisely and interestingly on political and economic topics. The work is paid. Contact: [email protected]
12 comments
Information
Dear reader, to leave comments on the publication, you must to register.
I have an account? Sign in