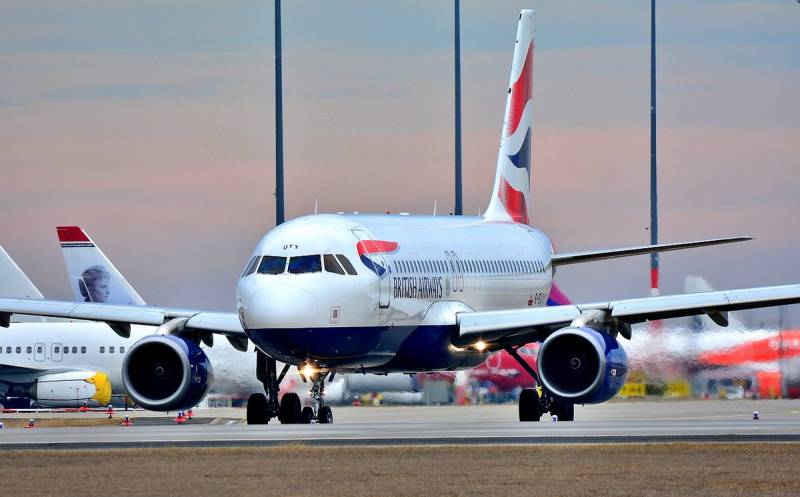 Negative economic The consequences of the COVID-19 virus epidemic, predicted both by a number of reputable international organizations and by a number of independent experts, first of all I had the chance to feel for myself on civil aviation. The mere reduction in passenger traffic by this mode of transport causes enormous losses to many airlines around the world, which, most likely, not all of them will be able to survive.


The widespread spread of the deadly disease “pressed to the ground” the huge fleet of liners, causing damage to this industry, comparable in scale to the world war.

Shah! Nobody is flying anywhere ...

Environmental activists, imbued with the newfangled "teaching" Greta Tunberg and not so long ago raging about the "enormous damage to nature" supposedly caused by air travel, can relax. The world is experiencing an unprecedented god knows from what time the decline in the number of air travels. According to experts, the SARS epidemic of SARS that erupted in 2003 already looks like baby talk compared to the current disaster. Mankind is desperately trying to erect barriers to the inexorably spreading infection on it - as a result, a hundred countries have tightened the rules of entry into their territories, and some states, especially affected by the infection, are completely “dead zones” where no one wants to fly . A huge negative role in this situation is played by the fact that China was among the particularly affected regions, which in recent years has made a huge contribution to the filling of the world's transport arteries, including the air. Today, passenger traffic between the Celestial Empire and the rest of the world has decreased by 80%. Chinese airlines have reduced their flights by 40%, more than 70 foreign airlines have completely interrupted all communications with this country, another fifty have reduced flights to and from there to the utmost minimum. Spring begins, on the threshold of summer, the traditional tourist season, when it was often a problem to get tickets for the popular air routes at that time. But not this year ... Tourists, who are today one of the main participants in air travel, will overwhelmingly stay home. The eerie example of the Diamond Princess cruise ship, turned into a quarantine “prison” for its passengers, became too obvious for everyone. By the way, now, it seems, the same troubles await tourists from another vessel - the Grand Princess, only from the coast not of Japan, but of the United States.

Gloria Guevara, President of the World Travel and Tourism Council (WTTC), has already made a statement that the tourism industry of the world expects at least $ 22 billion in damage due to the “coronavirus” crisis. The countries of Asia, especially China, will be hit especially hard. In this region, income from visitors from all over the world in recent years has accounted for up to 11% of total GDP. As for the specific figures and volumes of losses awaiting directly by air carriers, different opinions are expressed here. For example, the United States International Civil Aviation Organization (ICAO) predicts that they will not receive a profit of $ 4-5 billion in the first quarter of this year alone. In this case, only losses caused by the cancellation of flights to infected regions are taken into account. The forecast from the International Air Transport Association (IATA) sounds much more pessimistic, according to experts of which, this year the damage caused to the industry can be calculated in catastrophic amounts - from 63 to 113 billion dollars. At the same time, on February 25, IATA experts estimated the possible loss of "only" $ 30 billion. However, in this case it was a scenario in which the coronavirus does not cross the borders of China, and this, unfortunately, did not happen. Note that in both cases, only the passenger flights were taken into account when making forecasts. To assess what gaps the ongoing COVID-19 epidemic will make in airline budgets due to canceled cargo transportation, and also how much it will cost related industries, such as suppliers of air navigation equipment, fuel and fuel, no one even takes it.

The first is shot down, the rest are in a tailspin

Alas, today we can already talk about the first airline, which the coronavirus “landed”, it seems, forever. We are talking about the British Flybe, which to this day was considered the largest regional air carrier in Europe, flying between 85 destinations in the Old World and making 40% of domestic flights on the territory of Britain itself. In truth, the financial problems of the British did not begin yesterday, but the sharp decline in passenger traffic caused by the epidemic was the last straw for them, dying the company. The British government tried by all means to prevent a sad outcome and even found about 130 million dollars that Flybe was ready to allocate as financial assistance - literally next week. Too late - on March 5, the company was finally declared bankrupt and transferred to external management, which will be carried out by the audit and consulting firm EY. However, things are not much better with the global “grandees” of air transportation. Such, for example, as the Lufthansa Group, which includes the famous Austrian Airlines, Brussels and Swiss, whose technical The fleet has 770 aircraft. Today, this company is forced to reduce the number of flights by 20-25% due to the epidemic and is preparing for further troubles. Lufthansa is invigorated, saying that they are only “dynamically adjusting plans to take into account the emergency”, but everyone understands that this is only a good mine with a very bad game - out of 150 taken off the lines, at least 25 are long-distance liners, simple which will surely fly into a lot like a rather big penny.

Lufthansa flights to China were suspended until April 24, to Iran - until the 30th of the same month. In addition, the liners of this company will try to fly around at least the northern part of Italy. A significant reduction in flights to this region was also reported by the Hungarian low-cost airline Wizz Air and one of the world's most famous low-cost airlines - Ryanair. What such restrictions result in for air carriers is illustrated by the example of Finnair, which completely refused to fly to China, excluded Seoul and Milan from its routes, and also significantly reduced the number of flights to Hong Kong and Osaka. Now the company's management is forced to start negotiations on a vacation in two weeks, or even in a full month, in which it is forced to send all 6 thousand people of its employees in Finland. The company's shareholders are also warned about its "weaker financial performance" this year. That is - about imminent losses ... The Lufthansa and KLM top managers are more than seriously thinking about creating a forced “vacation” for their staff. They have already announced such anti-crisis measures as budget cuts by “freezing” rents and previously launched IT projects, suspending the hiring of consultants and even new employees, reducing travel expenses and other things. Alas, without such unpopular decisions as salary cuts and dismissals, it is also most likely impossible to manage. Air France-KLM alone expects more than $ 217 million in losses from the coronavirus. There is no time for fat, I would be living!

At the same time, most airlines are trying to save on what they can, but not on passengers, who already have to look today, as they say, in the afternoon with fire. The number of seat bookings even on the most popular earlier routes is rapidly falling, and the absence of passengers on flights has become commonplace. Everyone is looking for their own ways and situations - for example, Air Malta has gone to the maximum loyalty to its customers. First of all, she more than significantly reduced penalties for changing the departure date or route - if earlier the fee for making changes to the ticket was 50 euros for the Go Light fare and 25 euros for the Go Smart fare, now it has been reduced to only 10 euros for the flight one way. However, for this, the passenger must inform about the planned changes 30 days before departure - otherwise you will have to pay as before ...

Last time it was difficult to call it successful for companies involved in air travel - at first the problems associated with the ban on the operation of Boeing 737MAX airliners, which pretty much ruined the lives of many airlines and drove them into losses caused by the costs of maintaining aircraft chained to the ground for an indefinite time. Then - a surge of activity of the "green", with unprecedented ardor, who began to blame the airlines that they are "killing the planet." The wave of protests has led some European governments (France in particular) to succumb to this blackmail and have announced the introduction of a special “environmental” tax on airline tickets since 2020. This initiative instantly brought down the shares of most air carriers of the Old World and was extremely sharply criticized by them. It is not surprising that Air France-KLM alone promised such an innovation of € 60 million in additional costs per year ... However, as it turned out, all these tests were just “flowers” ​​before the coming invasion of coronavirus. Well, fighting this epidemic, humanity has to defend not only its life and health, but also its own right to fly.
Ctrl Enter
Noticed oshЫbku Highlight text and press. Ctrl + Enter
We are
Russia does not suffer from coronavirus, but from its consequences
Coronavirus will not kill mankind, but the global economy can
Reporterin Yandex News
Read Reporterin Google News
Ad
The publication is looking for authors in the news and analytical departments. Requirements for applicants: literacy, responsibility, efficiency, inexhaustible creative energy, experience in copywriting or journalism, the ability to quickly analyze text and check facts, write concisely and interestingly on political and economic topics. The work is paid. Contact: [email protected]
2 comments
Information
Dear reader, to leave comments on the publication, you must to register.
I have an account? Sign in