The expert denied the US leadership in hypersonic weapons 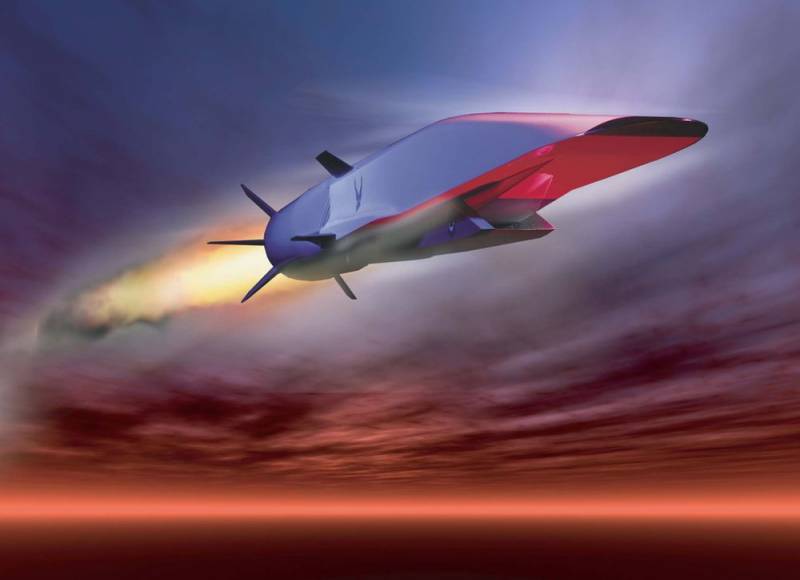 Admiral Charles Richard, the head of the US Strategic Command, recently reported at a hearing in the House of Representatives saidthat the creation of an American missile defense system to protect against Russia is unrealistic with technical points of view. And now, the head of the Pentagon, Mark Esper, at a hearing in the Senate Committee on Armed Forces of the US Congress, said that Washington has “more innovative” developments in the field of hypersonic weapons than Moscow and Beijing.


At the same time, Esper assured the senators that the development in this area is a priority issue for the Pentagon.

It should be noted that the United States has not yet created its own hypersonic weapons. Moreover, the acting head of the U.S. Navy, Thomas Modley, believes that the appearance of long-range missiles with hypersonic warheads in Moscow is a huge challenge for Washington. Senior official even compared Washington lagged behind Moscow in the field of hypersonic weapons with the launch of the first artificial Earth satellite in the USSR in 1957.

Russia has already commented on Esper’s statement in the Senate. For example, your opinion in a newspaper "Sight" said political analyst Alexei Anpilogov.

We have tests of hypersonic weapons are ongoing. But when the US shows its hypersonic missile, then it will be possible to talk about the innovativeness of their developments
- said Anpilogov.

The head of the Pentagon, Mark Esper, is not the first to speak out about the fact that the United States has developments in hypersound. But the last thing that was shown was the X51 rocket. Tests were carried out in 2009, and it was planned to adopt it in 2017. However, the X51 is still in trial development.
- emphasized Anpilogov.

Lockheed and Boeing revolved around the program (“High speed strike weapon”, HSSW - high-speed strike weapon), but none of them offered a working model. It was said that the new missile will be based on the B-2 Spirit and F-35 aircraft. However, the United States still has none of this. In fact, over 11 years, Americans have shown nothing but two more or less successful missile flights
- specified Anpilogov.

It is clear that Russia and China did not stand at that time. Tests of the Russian Zircon hypersonic missile and other weapons are ongoing. The BrahMos-2 Russian-Indian hypersonic missile will fly in the same class. Most likely, it will be an export version of Zircon. Even if the Zircon itself is not shown due to security reasons, we will see it in the second version of BrahMos.
- suggested Anpilogov.

The Chinese will also demonstrate something in the near future. And after this statement, the heads of the Pentagon will look very funny. When in 10-11 years the USA will show its own hypersonic missile, then it will be possible to talk about the innovativeness of their developments. In the meantime, no
- summed up Anpilogov.

The expert had in mind the successful tests by the Chinese of their controlled hypersonic blocks. For example, WU-14 - an experimental hypersonic unmanned military aircraft, renamed DF-ZF.
Ctrl Enter
Noticed oshЫbku Highlight text and press. Ctrl + Enter
We are
Why is the moon still not owned by the Americans?
What will Russia do when the ISS does not
Reporterin Yandex News
Read Reporterin Google News
Ad
We are open to cooperation with authors in the news and analytical departments. A prerequisite is the ability to quickly analyze the text and check the facts, to write concisely and interestingly on political and economic topics. We offer flexible working hours and regular payments. Please send your responses with examples of work to [email protected]
8 comments
Information
Dear reader, to leave comments on the publication, you must sign in.