What was real Stalin and what good did he do for Russia? 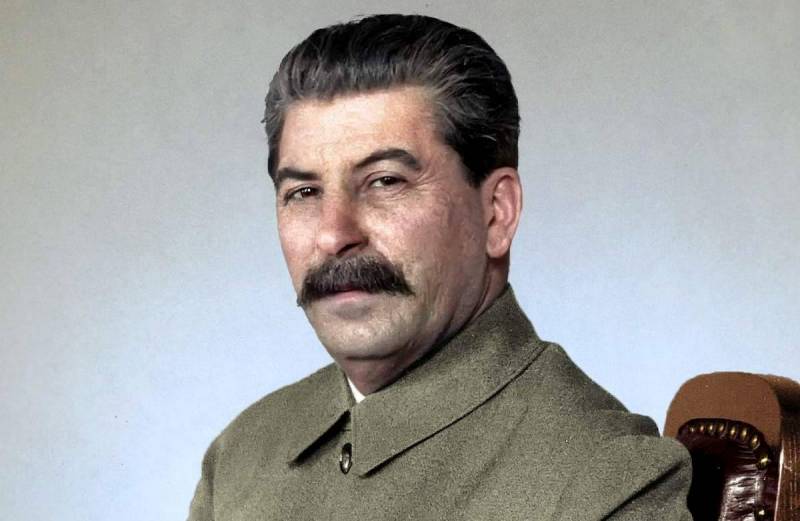 Joseph Vissarionovich Stalin is one of the most striking and, at the same time, conflicting figures in the history of Russia. Someone calls him a bloody tyrant, murderer, or even a "ghoul monster." Others, on the contrary, consider him the savior of the nation, a great leader, a brilliant commander and a competent business executive.

On numerous television shows, like on a battlefield, opponents and adherents of Joseph Dzhugashvili clash, thereby creating even more controversy around his personality. However, to understand what Stalin did for our Fatherland, one does not need to rummage through a heap of gossip and speculation, but rather turn to historical facts.

The fate of the revolutionary is predetermined

The future leader was born in the small town of Gori, Tiflis Province, on December 21, 1879. At that time, the Russian Empire was going through a difficult period. Despite the fact that serfdom was abolished, in its place came capitalism with its lack of rights, predatory taxes and excessive exploitation of the working class.

The impoverishment of a simple worker and class discord every year only increased tension in society, which contributed to the emergence of underground revolutionary organizations. Therefore, it is not surprising that young Joseph, the son of a shoemaker, inspired by the works of K. Marx, already at the age of 15 became a member of one of such cells.

In 1898, Dzhugashvili joined the Tiflis branch of the RSDLP. From that moment he was actively involved in revolutionary activities: engaged in propaganda, staged strikes, strikes and demonstrations, created printing houses, raised money for the party, formed fighting squads, obtained weapons, etc.

By 1905, when the young man first met personally with V. Lenin, he was already an experienced and seasoned revolutionary. In one of his works of that time, Stalin wrote:

The wealthy bourgeoisie is our implacable enemy, its wealth is based on our poverty, its joy is on our grief.

After the failure of the First Russian Revolution, Stalin and Lenin concentrated on the struggle against the Mensheviks, who were destroying the party from the inside. In 1912, Dzhugashvili was included in the Central Committee of the RSDLP. Then, the son of a shoe-maker from Gori finally takes the pseudonym Stalin.

Until 1917, the future leader was arrested 8 times and sent into exile 7 times. At the same time, 6 times he managed to escape from there. In April 1917, Lenin returned from exile. Stalin supports the idea of ​​armed insurrection and proceeds with its preparation.

In October 1917, the power of the bourgeoisie fell, and Dzhugashvili became part of the first Soviet government. During the Civil War, he leads the Red Army on the most difficult lines. In 1922, at the suggestion of Lenin, Stalin was elected General Secretary of the Central Committee of the CPSU (B.).

From poverty and devastation to a world power

After the death of Lenin in 1924, Stalin continued his work. A course was taken on collectivization and industrialization. At the same time, science, culture and education became fully available to the Soviet people.

The Bolsheviks were well aware that the world after the First World War was only a respite. The start of a new “slaughter” was only a matter of time.

We lagged behind advanced countries by 50-100 years. We have to run this distance in 10 years. Either we do it, or they crush us.
These words were spoken by Stalin in 1931.

Hydroelectric power stations, thousands of factories and tens of thousands of collective farms and state farms. All this appeared in the USSR in two “five-year plans”. The poorest country in Europe has become the second largest industrialization. And the first Soviet Constitution, adopted in 1936, finally legitimized the foundations of socialism and guaranteed the rights of the working class.

As a result, the "fascist beast," pushed by the capitalists, "broke its teeth" about the stamina, dedication and heroism of the Soviet people. At the same time, those who wanted to destroy the USSR with the hands of the Nazis had to sit down at the negotiating table with him and even enter into allied relations.

After winning the worst war, the Soviet Union, under the leadership of Stalin, is committing yet another “economic miracle". Literally for the "five-year period" the national economy destroyed by the Nazis was restored. And all this without the Marshall Plan and external loans.

The Cold War began in 1946. In 1949, the Soviet Union conducted the first successful nuclear tests and started increasing the number of atomic warheads, after which the USSR became a superpower and one of two poles of power.

Is Stalin's merit in all this? Of course! Are the achievements of the Soviet Union the result of its sole decisions? Of course not!

Among the 70 members of the CPSU Central Committee were the best specialists in their field. And the leader himself said:

Everyone has the opportunity to correct someone's sole opinion, proposal. Everyone has the opportunity to contribute their experience.
All modern anti-Soviet propaganda, denigrating the name of Joseph Stalin, is aimed at underestimating the achievements of the Soviet people of that era. However, seeing what is happening in modern Russia, which has long become a place of profit for the imperialists, people are increasingly looking back, realizing that the new "owners" do not care about their rights, freedoms, and even more so - well-being.

Ctrl Enter
Noticed oshЫbku Highlight text and press. Ctrl + Enter
We are
The main myths about the "prosperous" Russian Empire
What did Joseph Stalin give Russia
Reporterin Yandex News
Read Reporterin Google News
Ad
The publication is looking for authors in the news and analytical departments. Requirements for applicants: literacy, responsibility, efficiency, inexhaustible creative energy, experience in copywriting or journalism, the ability to quickly analyze text and check facts, write concisely and interestingly on political and economic topics. The work is paid. Contact: [email protected]
97 comments
Information
Dear reader, to leave comments on the publication, you must to register.
I have an account? Sign in