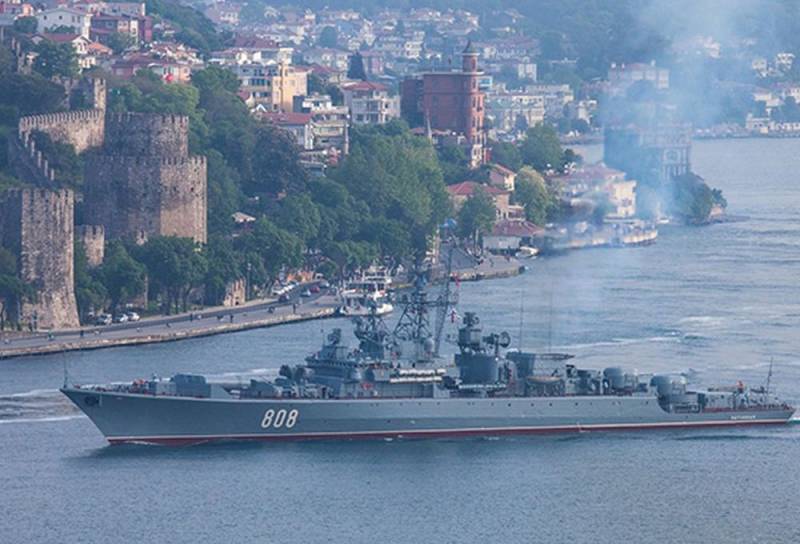 March 2, 2020 units of the Russian military police entered to the Syrian city of Sarakib (Idlib province) freed from militants. After that, many suggested that the Turks would not shoot at the city where the Russian military was located, and the Syrians would be able to calmly keep this strategic settlement through which the M-4 and M-5 routes pass. However, on March 3, 2020, Turkish artillery struck in the area of ​​Sarakib. The next day, the Turks again bombarded the city.


It should be recalled that on March 5, 2020, Turkish President Recep Tayyip Erdogan should pay a visit to Russia. On this day in Moscow, his talks with Russian leader Vladimir Putin are due to take place.

At the same time, Reuters reports, citing monitoring of shipping in the Bosphorus Strait and aviation monitoring data, that Russia has seriously strengthened its military presence in Syria. According to the agency, Moscow began to intensively increase its sea and air supplies to Damascus on February 28, 2020. That is, this process began immediately after the Syrian Arab Army (SAA) struck the Turkish military convoy in Idlib province. As a result, 36 Turkish soldiers died and more than 30 were injured of varying severity. After that, martial law was declared in Turkey, and the local parliament even wanted to "declare war on the Assad regime."

It should be added that on February 27, 2020 the “barmalei” are jihadists and “moderate” terrorists with the support of the Turkish army have taken attempted large-scale offensive against the Syrian Arab Army (SAA). Currently, the front line in the Idlib “de-escalation” zone has stabilized.
Ctrl Enter
Noticed oshЫbku Highlight text and press. Ctrl + Enter
We are
Russian military entered Sarakib
Turkey moves troops to Syria to avoid “nightmare scenario”
Reporterin Yandex News
Read Reporterin Google News
Ad
The publication is looking for authors in the news and analytical departments. Requirements for applicants: literacy, responsibility, efficiency, inexhaustible creative energy, experience in copywriting or journalism, the ability to quickly analyze text and check facts, write concisely and interestingly on political and economic topics. The work is paid. Contact: [email protected]
3 comments
Information
Dear reader, to leave comments on the publication, you must to register.
I have an account? Sign in