Syrians shot down drone signed by Erdogan in Idlib 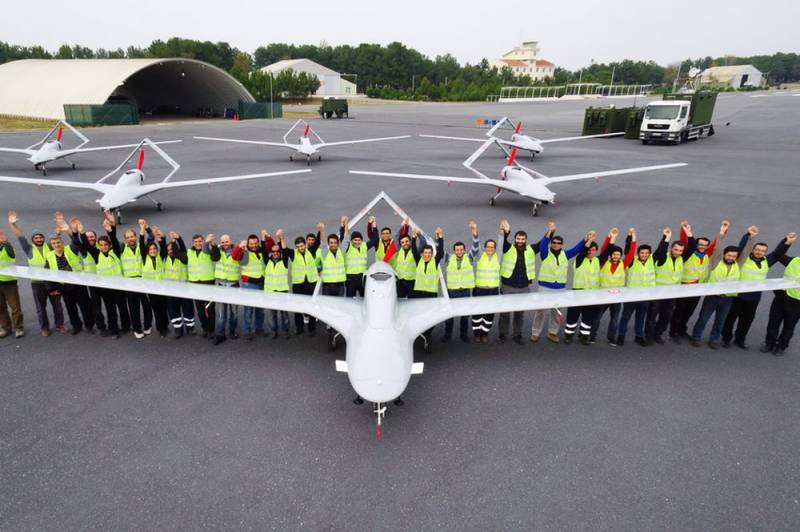 The Turkish army constantly keeps dozens of its strike and reconnaissance drones in the sky over the Idlib “de-escalation” zone, which really impede the Syrian Arab Army (SAA) in freeing the territory from the “Barmalei”. And although almost daily reports are received that another Turkish drone was shot down in the Syrian sky, they do not become smaller than this over Syria.


For example, on March 3, 2020, on Steele M’s Twitter account, a photograph of a Turkish UAV shot down by a SAA appeared on which there is supposedly even an autograph of Turkish President Recep Tayyip Erdogan. 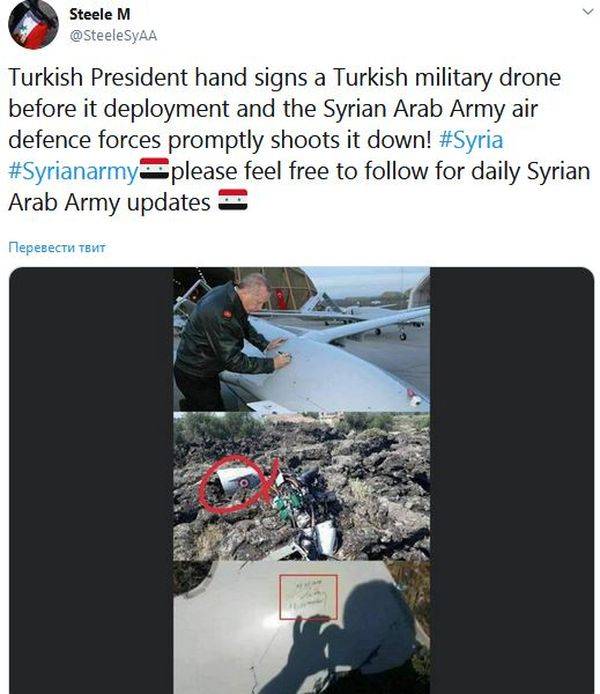 Some netizens noticed that in this case, the signature can be easily faked and, in general, write anything. Therefore, the information was regarded as the propaganda of the Syrians to raise the morale of the SAA. 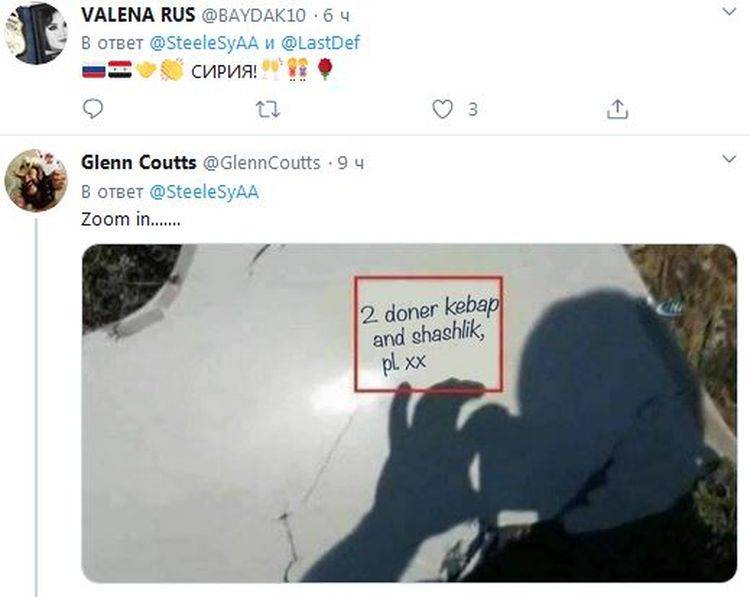 Other users have noticed that Erdogan often signs drones, i.e. he has such a tradition. So to shoot down a drone with his autograph is quite real. Moreover, over the past three years, messages from Kurds and Libyans have already appeared on the Web that they shot down a drone with Erdogan's personal autograph. Now the Syrians have added to them.

Third users believe that the Syrians urgently need to strengthen their air defense. Since Turkish TV channels daily show how their drones "iron" CAA, incapacitating machinery and manpower of the Syrians.

It should be recalled that on March 2, 2020, the Turkish army first used a “swarm of drones” in Syria. This proves the technical capabilities of the Turks.

Necessary addthat in Turkey itself, Erdogan was repeatedly accused of wanting to cash in on the war. For example, the president’s son-in-law, Selcuk Bayraktar, is the owner of a company (Baykar Makina) producing these same drones.
Ctrl Enter
Noticed oshЫbku Highlight text and press. Ctrl + Enter
We are
In Russia, expressed concern for the aircraft of the Russian Air Force in Syria
Turkey moves troops to Syria to avoid “nightmare scenario”
Reporterin Yandex News
Read Reporterin Google News
9 comments
Information
Dear reader, to leave comments on the publication, you must sign in.