The “anti-Turkish axis” is forming in the world 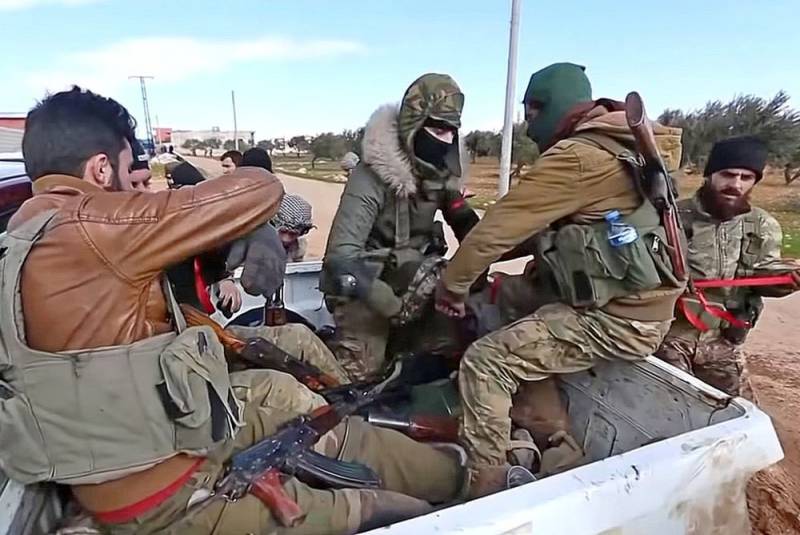 Hanni Megalli, a member of the UN independent commission of inquiry into Syria, said that the commission had concluded that Turkey was obliged to take responsibility for the crimes of pro-Turkish "opposition" militants. At the same time, the commission has not yet found direct evidence that the militants acted by direct order from Ankara.

We think that Turkey should at least be responsible for their violations.
- said Megally.

It should be noted that the Egyptian human rights activist Megalli is a commissioner and one of the three members of this commission. The head of the commission (president) is the Brazilian scientist Paulo Sergio Pinheiro.

At the same time, Turkish media claim that the above persons at a joint press conference in the UN Geneva office allegedly accused the Russian Aerospace Forces of committing war crimes in Syria.

It should be recalled that on March 2, 2020, the UN Commission of Inquiry in Syria published another report for the period from July 2019 to January 2020. The document said that "all warring parties continue to ignore or refuse to protect vulnerable populations, including guarantees of unhindered humanitarian assistance." It is clarified that between May 2019 and January 2020, the number of internally displaced persons in the Syrian province of Idlib reached 700 thousand.

In addition, the report says that the Turkish army, during the military operation “Source of Peace” (“Spring of Peace”) in October 2019, openly supported the militants of the Syrian National Army (SNA), which is the military wing of the pro-Turkish “opposition” "In Syria.

At the same time, Mikhail Roshchin, an orientalist, professor and researcher at the Institute of Oriental Studies of the Russian Academy of Sciences, commented on the newspaper "Sight" Establishment of diplomatic relations between official Damascus and the Libyan Parliament, which controls the Libyan National Army (LNA), led by Field Marshal Khalifa Haftar.

This is not just an attempt to annoy Erdogan. This is a clear signal to Ankara that the opponents of Turkey can unite
- the expert believes.

The opening of the Libyan embassy in Damascus is, of course, a landmark event. It shows that a line has emerged to support Marshal Haftar not only from the Syrian government, but, apparently, also from Russia, as the closest ally of Syria. We can talk about the design of something like an anti-Turkish coalition in the Middle East amid the fighting in Idlib
- said Roshchin.

According to the expert, the opening of the embassy in Damascus can be called the beginning of the gradual international recognition of the government of Field Marshal Haftar. In addition, Turkey will actually have to fight on two fronts

Haftar’s international recognition is an objective step, it’s worth looking at the map of Libya, as it becomes clear that most of the country is controlled by its forces. Only small islands remain in the power of the PNS Faiz Saraj - the capital of Tripoli, the port of Misurata and so on. Yes, these are vital points of Libya, but they are only a small part of it.
- summed up Roshchin.

It should be added that on March 3, 2020, units of the Russian military police entered to the city of Sarakib in the eastern part of the Idlib “de-escalation” zone.
Ctrl Enter
Noticed oshЫbku Highlight text and press. Ctrl + Enter
We are
Turkey moves troops to Syria to avoid “nightmare scenario”
US State Department: Venezuelan Civil War Scenario Ready
Reporterin Yandex News
Read Reporterin Google News
4 comments
Information
Dear reader, to leave comments on the publication, you must sign in.