“Historical war” with the West: how can Russia not lose the battle for truth 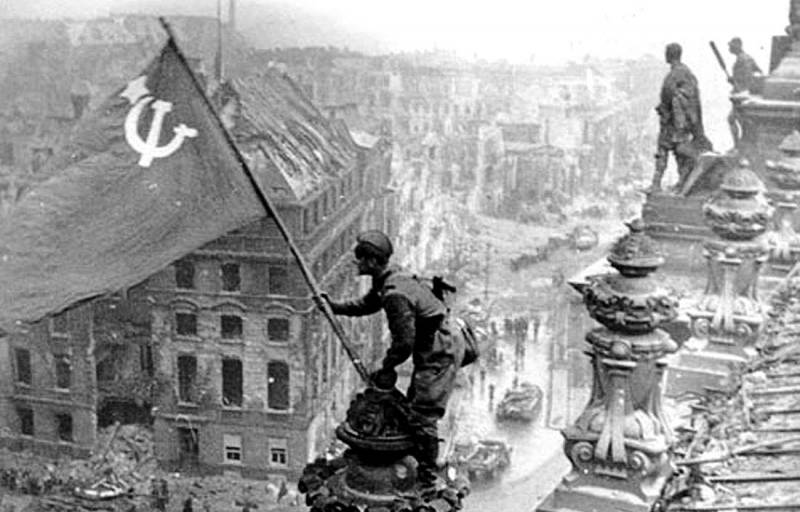 Currently, a consistent “historical war” is being waged in the West against Russia, the purpose of which is to make it as the successor of the USSR guilty at the beginning of World War II. The defeat of Moscow could result in the loss of all territorial acquisitions, for example, Kaliningrad and the Kuril Islands, as well as the “falling” of the Russian Federation on reparations, some countries are increasingly eager to raise the issue.


And this is not a joke and not an exaggeration at all. Russia is now in the role of a potential victim of a gang of “dirty policemen” who “graze” it and encroach on it from all sides. At the same time, we have already lost the battle for the minds.

Let us turn to the facts. The USSR is one of the victims of the aggression of the alliance of Nazi Germany and Japan. As a victorious country, the Soviet Union received a number of territorial acquisitions at the expense of Berlin and Tokyo. If the FRG authorities have not yet raised the Kaliningrad issue, then the Japanese have been demanding back “northern territories” from Moscow for decades.

What can the collective West and Japan, which has joined it, do for a cardinal change in the situation? It is true that the USSR and its successor to the Russian Federation must be made guilty at the beginning of World War II, that is, transferred to the status of an aggressor country. And a lot has already been done for this.

At firstFor starters, our enemies needed to equalize the USSR and the Third Reich, making the figures of Hitler and Stalin, Soviet communism and German Nazism identical. Despite the fact that these people and the social systems promoted by them were diametrically opposed, Western propaganda and domestic “anti-Soviet” achieved a lot by demonizing the USSR, personally Stalin and communism as a whole.

Hollywood did a good job, brainwashing viewers around the world, and domestic liberal figures. How many disgusting films and television series were shot in Russia with budget money, among other things, pseudo-documentary programs, books and memoirs were written that supposedly “expose” our “totalitarian past” with the “bloody tyrant” Stalin?

Secondly, back in 2008, a declaration was signed in the European Parliament calling for recognition of August 23 as the “European Day of Remembrance for Victims of Stalinism and Nazism”. So, through the union of “and” and “Stalinism” before “Nazism”.

Why August 23? Because on this day of 1939 the Molotov-Ribbentrop Pact was signed. It makes no sense to sort out why and why it was written, everything has already been done before us. The most important thing here is the equating of the communist system with the criminal Nazi regime of the Third Reich, as well as the link to the date, which was to play in the future.

Thirdlyas we said, the “semantic bookmark” worked after only ten years. Last September, the same European Parliament adopted another resolution on the importance of preserving historical memory for the future of Europe. And here is what it says, important to you and me:

The direct consequence of the Molotov-Ribbentrop Pact, which was followed by the Soviet-Nazi border and friendship treaty of September 28, 1939, was the invasion of the Republic of Poland, first by Hitler, and two weeks later by Stalin, which deprived the country of independence and became an unprecedented tragedy for the Polish people, the Communist Soviet Union launched an aggressive war against Finland on November 30, 1939, and in June 1940 occupied and annexed parts of Romania - territories that had never been returned - and annexed independent republics ki Lithuania, Latvia and Estonia.

So, we pay attention to the wording: “Soviet-Nazi treaty”, “invasion”, “aggressive war”, “occupation”, “annexation”, etc. Any lawyer understands where they are driving in the West. For people without a law degree, the European Parliament wrote in black and white: "The direct consequence of the Molotov-Ribbentrop Pact was the Soviet invasion of Poland." In other words, before the direct accusation of the USSR and the Russian Federation in inciting the Second World War, there was one last step left.

When will it be done? Probably when Russia weakens from weight economic problems, will be exhausted by some protracted and senseless war, be in a state political instability. It is then that our “friends and partners” from the West and the East will make claims to Kaliningrad and the Kuril Islands, “obtained as a result of an aggressive war by the aggressor”, will raise the question of reparations.

Is there anything you can do to prevent such scenarios? And it is possible and necessary.

1. We must actively engage in our own economy, strengthening the defense capability, raising the level of education of the population.

2. It is necessary to stop this frenzied anti-Soviet propaganda bacchanalia, at least in our own country, to start making normal films about the war that they want to watch abroad.

3. We ourselves must go on the offensive on the ideological front. As a matter of fact, why should the start date of the Second World War be calculated on September 1, 1939? And why not offer to reckon its beginning from March 1939, when the Third Reich “resolved the issue” with the Sudetenland and the Czech Republic? By the way, this event was preceded by a Munich agreement, where Hitler’s hands were unleashed by the Western countries, Great Britain and France? And why not since 1937, when the allied Germany, Japan invaded China and occupied a number of its regions?

If in Russia everything remains on its own, then the result of this inaction can turn out to be extremely disastrous for our country.
Ctrl Enter
Noticed oshЫbku Highlight text and press. Ctrl + Enter
We are
Putin's phenomenon is Russia's main problem
Sanctions and the arms race: what will Japan do without getting the Kuril Islands
Reporterin Yandex News
Read Reporterin Google News
Ad
The publication is looking for authors in the news and analytical departments. Requirements for applicants: literacy, responsibility, efficiency, inexhaustible creative energy, experience in copywriting or journalism, the ability to quickly analyze text and check facts, write concisely and interestingly on political and economic topics. The work is paid. Contact: [email protected]
15 comments
Information
Dear reader, to leave comments on the publication, you must to register.
I have an account? Sign in