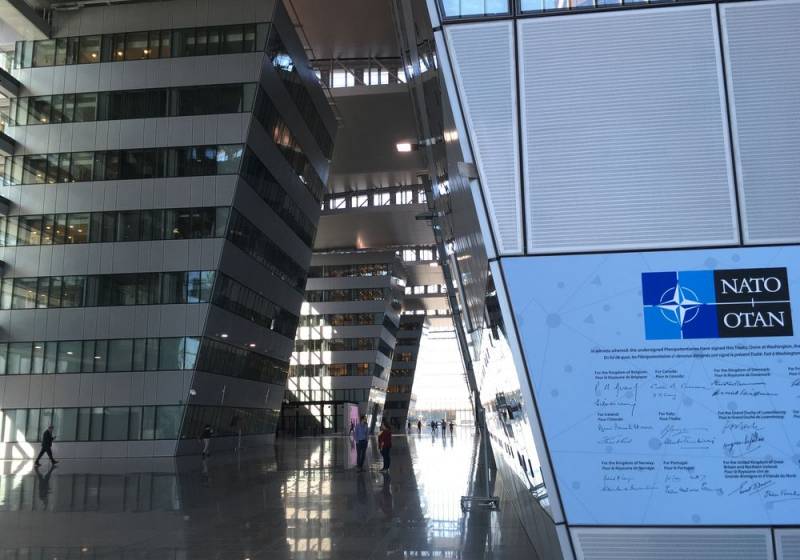 Recently сообщалосьhow Turkey turned to NATO for help so that the Alliance would help Ankara in Syria. And now, it became known that Greece blocked a NATO statement in which the “peace-loving” bloc expressed support for Turkey in connection with the situation in the Idlib “de-escalation” zone, where the Syrian Arab Army (SAA) continues to crowd out militants.


Western media have reported that Athens vetoed, as the Greek proposal was ignored in the statement. The proposal said "about a reference to compliance with the EU-Turkey agreement on refugees and migrants."

For objectivity, it should be noted that for seven years Ankara has been unceremoniously blackmailing the EU with refugees from Syria. So the demarche of the Greeks is quite explainable, because Greece is the country closest to Turkey, where refugees usually go.

At the same time, Great Britain, Germany, France and the USA negatively perceived the proposal of Greece. As a result, the meeting at the level of permanent representatives ended without a joint statement. At the same time, Greece has already strengthened the protection of the sea and land borders with Turkey.

It should be noted that Turkey asked for assistance from NATO in the field of air defense, intelligence and a number of other issues. At the same time, NATO did not offer Ankara any practical assistance.

It should be added that NATO Secretary General Jens Stoltenberg called for an "immediate return to the ceasefire" in Syria. He promised that the Alliance "will continue to closely monitor the situation on its southeast border." At the same time, Stoltenberg called Turkey "a valuable ally of NATO." This surprised many, because Turkey is not an ally of the Alliance, but a full-fledged participant in this military-political bloc since February 1952.

At the same time, the US State Department has already stated that Washington’s aid to Turkey in Syria will not be connected with the military operations of American units.
Ctrl Enter
Noticed oshЫbku Highlight text and press. Ctrl + Enter
We are
In Russia, expressed concern for the aircraft of the Russian Air Force in Syria
Turkey moves troops to Syria to avoid “nightmare scenario”
Reporterin Yandex News
Read Reporterin Google News
Ad
The publication is looking for authors in the news and analytical departments. Requirements for applicants: literacy, responsibility, efficiency, inexhaustible creative energy, experience in copywriting or journalism, the ability to quickly analyze text and check facts, write concisely and interestingly on political and economic topics. The work is paid. Contact: [email protected]
2 comments
Information
Dear reader, to leave comments on the publication, you must to register.
I have an account? Sign in