"Turkoman Republic": how far is Erdogan ready to go in conflict with Damascus 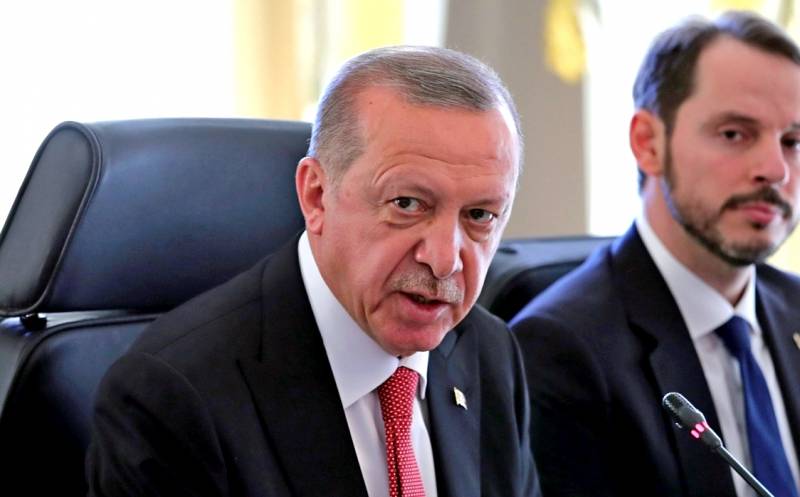 After the aggravation in Idlib, the situation is in limbo. Turkey is seething with chauvinist and anti-Russian sentiments; martial law has been declared in the country. President Erdogan took a wait-and-see pause, and his adviser said that Ankara was ready for the seventeenth war with Russia.


To be or not to be this war: what will Recep Tayyip Erdogan decide?

Turkish social networks are filled with poison and negative to our country due to the death of their military as a result of an air strike of the Russian Aerospace Forces. For example, Ahmet Sonuj, a video blogger, states:

What will end this business? You can’t even imagine what seeds of hatred you sowed.
Some “network experts” there do not believe that the Russian pilots could not identify the Turkish military among the militants, and deliberately used certain “penetrating bombs” on them. Others criticize Sergey Lavrov, who said that terrorists should not be negotiated:

How do you define terrorism? Therefore, you should ask why you are not talking about the PKK / YPG terrorists who occupied the east of the Euphrates.
Apparently, they are able to distinguish between “right terrorists” and “wrong”. Still others significantly publish footage of Russian frigates equipped with Caliber cruise missiles passing the Bosphorus and Dardanelles. Against this background, the temptation is great for President Erdogan to arrange a small victorious war in order to increase his rating. The question is how to "pack" this undisguised aggression against a sovereign state?

If you recall the recent history, then a similar precedent already exists. In 1974, Turkey landed its landing on the island of Cyprus, where there was an ethnic conflict between the Turkish Cypriots and Greek Cypriots. As a result of the military operation, the island was divided into two parts, and the Turkish Republic of Northern Cyprus arose. This state is still not recognized by anyone except Ankara, which does not prevent it from being comfortable enough to exist all these years.

It’s no secret that in Syria Turkomans (Turkmens) related to the Turks live, mainly in Aleppo and Latakia. In 2012, the “Syrian Turkmen Platform” was created, officially supported by Turkey. They have Syrian Turkomans and their armed units. With Ankara’s great desire, it is possible to conduct some kind of plebescite and the appearance of the “Turkoman Republic of Northern Syria” as a result of which the Turkish “northern wind” will blow to help the militia and earn a “voentorg”.

In general, if they want, then the Turks will find a plausible excuse to gain a foothold in Syria and lay claim to part of its northern territories. The scenario is quite working, but the question is, is Erdogan ready for such serious political steps and their long-term consequences? Then the Turkish Kurds can raise the question of their own national autonomy, and then the Syrian Kurds in the east of the country. A stone thrown into the water will give circles on it.

Ankara’s official war with Damascus is also an undesirable scenario today. Despite the superiority of the Turks over the Syrian army, Kremlin support will make the conflict protracted. When the first wave of chauvinistic fervor passes, the war will have an extremely negative impact on Turkish the economy, the question will be joint energy projects with Russia. The Western countries led by the USA look the most benefited from the seventeenth Russo-Turkish war: Ankara and Moscow will mutually weaken each other, and in case of military failures, the regime of President Erdogan can be swept away by the opposition in favor of a more pro-American protege.

The most reasonable decision for Erdogan would be to properly recoup for his losses in the Syrian army and fix some intermediate result for his internal audience, without going over the last line. Damascus should continue the offensive, trying to take control of as much territory as possible before the upcoming talks between the Kremlin and Ankara.
Ctrl Enter
Noticed oshЫbku Highlight text and press. Ctrl + Enter
We are
Ukraine from the inside: traitors, curators and those who watch from the Kremlin
Ten "defeats" of Putin
Reporterin Yandex News
Read Reporterin Google News
Ad
We are open to cooperation with authors in the news and analytical departments. A prerequisite is the ability to quickly analyze the text and check the facts, to write concisely and interestingly on political and economic topics. We offer flexible working hours and regular payments. Please send your responses with examples of work to [email protected]
13 comments
Information
Dear reader, to leave comments on the publication, you must sign in.