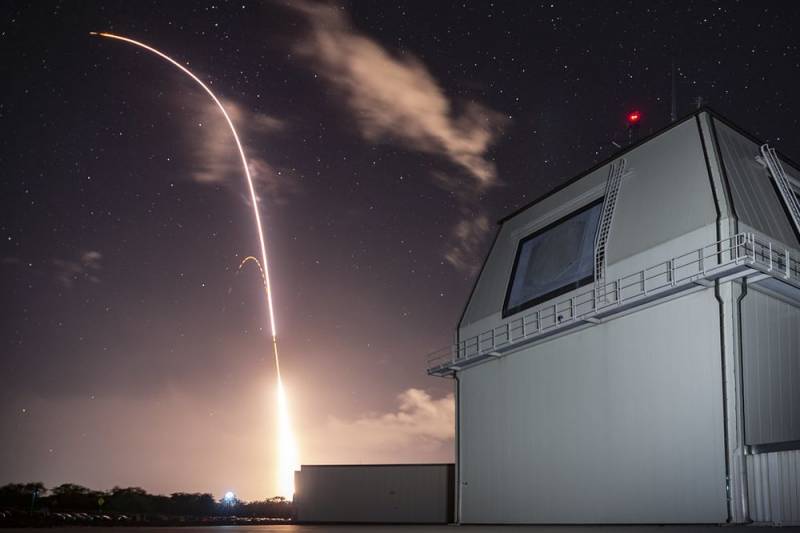 Recently at a U.S. Senate hearing, Commander-in-Chief of the United States European Command and Supreme Allied Commander-in-Chief of Europe in Europe, General Tod Walters confessedthat the US air defense / missile defense has serious problems. And now, the head of the US Armed Forces Strategic Command, Admiral Charles Richard, at a hearing of a subcommittee of the U.S. House of Representatives committee for military affairs, said that the creation of an American missile defense system to protect against Russia is unrealizable with technical points of view.

Because we simply do not have enough anti-ballistic missiles to intercept such a number of missiles?
- Asked a clarifying question Congressman Democrat from Massachusetts Seth Multon.

This is not only technically unrealizable and costly, but also raises serious questions in terms of strategic stability.
- answered Richard.

By the way, the acting (from November 24, 2019) head of the U.S. Navy, Thomas Modley, believes that the appearance of long-range missiles with hypersonic warheads in Russia is a huge challenge for Washington, which actually puts the U.S. in a hopeless situation. At the same time, Modley added that some work is being carried out in the United States in this direction, which he cannot "declare openly."

A huge challenge for us now is that our opponents are developing long-range hypersonic missiles, which puts our armed forces in a hopeless situation and forces us to work further and further. We must develop various opportunities to counter this. Therefore, we are developing weapons as part of a non-nuclear instant strike
- said Modley.

It must be recalled that recently Modley compared Washington lagged behind Moscow in the field of hypersonic weapons with the launch of the first artificial Earth satellite in the USSR in 1957.
Ctrl Enter
Noticed oshЫbku Highlight text and press. Ctrl + Enter
We are
The Pentagon has recognized serious problems in its air defense / missile defense system
Pentagon reports Russia's superiority over NATO in the Baltic states and Poland
Reporterin Yandex News
Read Reporterin Google News
Ad
The publication is looking for authors in the news and analytical departments. Requirements for applicants: literacy, responsibility, efficiency, inexhaustible creative energy, experience in copywriting or journalism, the ability to quickly analyze text and check facts, write concisely and interestingly on political and economic topics. The work is paid. Contact: [email protected]
3 comments
Information
Dear reader, to leave comments on the publication, you must sign in.