On the verge of war: Russia pulls together "Caliber", in Turkey - martial law 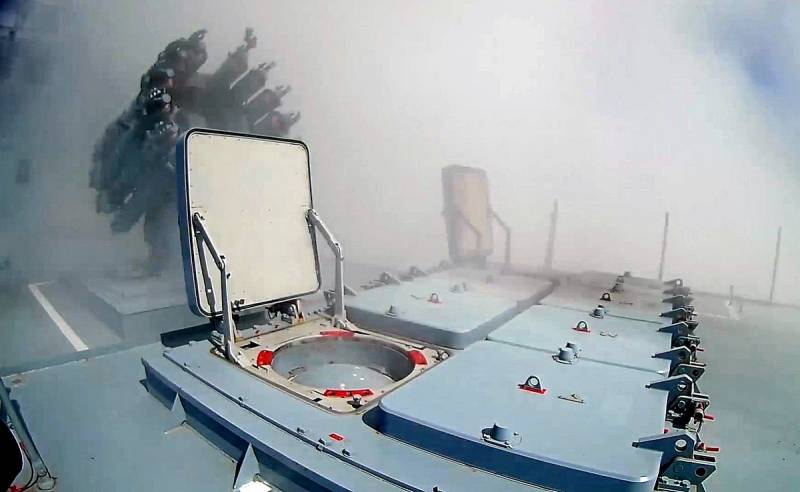 We are on the verge of a real war with Turkey, which is part of the NATO bloc. One gets the impression that the “agreement” between Ankara and Moscow, if there was one, was out of control due to excesses with Russian air strikes against the Turkish military. Perhaps historians will call this situation the Idlib Crisis.


On the eve of the militants launched a large-scale attack on the position of the Syrian army. Last night, the Turkish military destroyed a column of government troops of the SAR. The Russian Aerospace Forces delivered retaliatory airstrikes on the advancing, as a result of which the Turks, who were moving along with the advancing to actively assist them, fell under the hand. The Ministry of Defense of the Russian Federation gave an official explanation in connection with the incident:

According to the transmitted coordinates, no units of the Turkish armed forces in the area of ​​the settlement of Behun were and should not be located.
In fact, the Turks framed themselves. However, for Ankara this was the last straw in the bowl of patience. What is happening in Turkey now leads to extremely disturbing thoughts.

At first, Ankara introduced martial law in the country, the head of state held an emergency meeting with members of the government. Turkish authorities also held consultations between NATO and the United States. Washington condemned Russia's actions and declared support for its bloc ally. NATO has accused the Syrian and Russian military of “indiscriminate attacks in Idlib,” called on Moscow and Damascus to stop the offensive and respect international law. Ankara initiated an emergency meeting of the North Atlantic Alliance in accordance with paragraph 4 of the Charter and warned that it would open its borders to the European Union for millions of Syrian refugees. Apparently, in order to put pressure on Brussels.

Secondly, in Istanbul, protesters moved to the consulate general of Russia. Turks demand to punish the military involved in the death of their compatriots. Responsibility a priori they have already been entrusted to the Russian leadership. The security of our diplomats has been strengthened.

ThirdlyIt is reported that the most popular social networks are blocked in Turkey. It is expected that today the authorities can officially declare war on Syria, apparently, the ability of the population to express their attitude to it has been taken under control.

It is becoming very disturbing. Once launched, a military campaign in Syria will inevitably draw Russia into it. An additional two Russian frigates, Admiral Makarov and Admiral Grigorovich, armed with Caliber cruise missiles, were sent to the Mediterranean Sea.

In Idlib province, militants use MANPADS against Russian aviation. So far, the Russian Aerospace Forces have successfully cope with attacks using active defense means with shooting thermal traps. But the logic of the conflict suggests that the next step will be the supply of Turkey to the American Patriot air defense systems, after which our pilots will begin to suffer losses. If air defense can neutralize the activities of the Russian Air Force, then the Turks and their proxies will receive a significant advantage on the ground, especially if they officially declare war on Syria and do not constrain their means.

In the event of loss of Russian aircraft from air defense systems, a direct conflict between Russia and Turkey may occur. It should be noted that at the same time, the attacks of the US Israeli allies on the positions of the Syrians intensified.
Ctrl Enter
Noticed oshЫbku Highlight text and press. Ctrl + Enter
We are
Putin's departure: how to prevent the collapse of Russia's foreign policy
Ten "defeats" of Putin
Reporterin Yandex News
Read Reporterin Google News
Ad
The publication is looking for authors in the news and analytical departments. Requirements for applicants: literacy, responsibility, efficiency, inexhaustible creative energy, experience in copywriting or journalism, the ability to quickly analyze text and check facts, write concisely and interestingly on political and economic topics. The work is paid. Contact: [email protected]
70 comments
Information
Dear reader, to leave comments on the publication, you must to register.
I have an account? Sign in