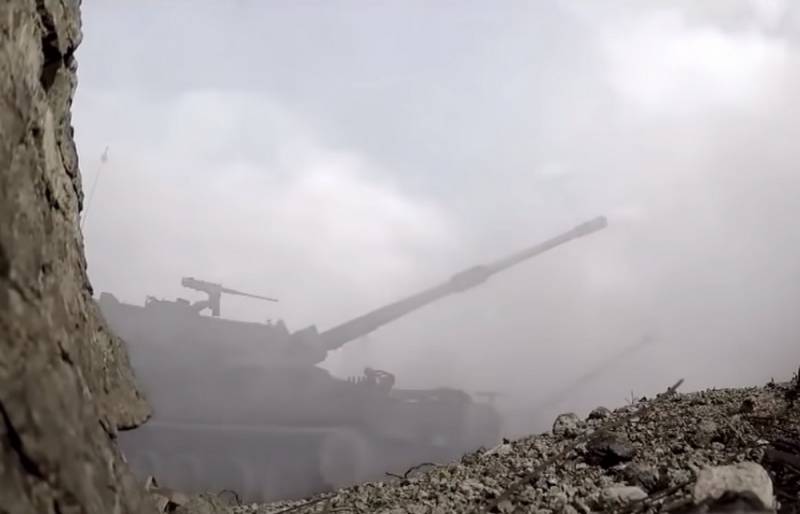 After 33 Turkish troops died as a result of an airstrike by the Syrian Air Force, the Turkish armed forces launched a series of attacks on government positions.


A video of the strikes was posted on the Anadolu Turkish news page on Twitter.

If you believe the information provided by the agency, then within two weeks the Turkish military destroyed about 130 units equipment Syrian army.

As follows from the commentary on the video, in 17 days the losses of Syria amounted to 55 tanks, 18 armored vehicles and another 21 military vehicles, 29 howitzers and three helicopters, 1,7 thousand military were neutralized.


Due to the complication of the situation in Idlib, the Minister of Defense of the Republic Hulusi Akar took command of the operation of the Turkish troops. The decision was made during a meeting on security with the participation of Turkish President Recep Tayyip Erdogan, heads of security agencies and the Minister of Foreign Affairs.

Russian Foreign Ministry spokeswoman Maria Zakharova cited Ankara’s failure to comply with Russian-Turkish agreements as the main reason for the deterioration of the stop in northern Syria, including Turkey’s securing a regime of silence from terrorist groups controlled by it, which have been entrenched in Idlib and receiving wide support from Ankara.
Ctrl Enter
Noticed oshЫbku Highlight text and press. Ctrl + Enter
We are
Turkey asks Moscow to open Syrian airspace for its aviation
Turkey moves troops to Syria to avoid “nightmare scenario”
Reporterin Yandex News
Read Reporterin Google News
Ad
The publication is looking for authors in the news and analytical departments. Requirements for applicants: literacy, responsibility, efficiency, inexhaustible creative energy, experience in copywriting or journalism, the ability to quickly analyze text and check facts, write concisely and interestingly on political and economic topics. The work is paid. Contact: [email protected]
5 comments
Information
Dear reader, to leave comments on the publication, you must to register.
I have an account? Sign in