The Syrian army is fighting hard on the outskirts of Sarakib 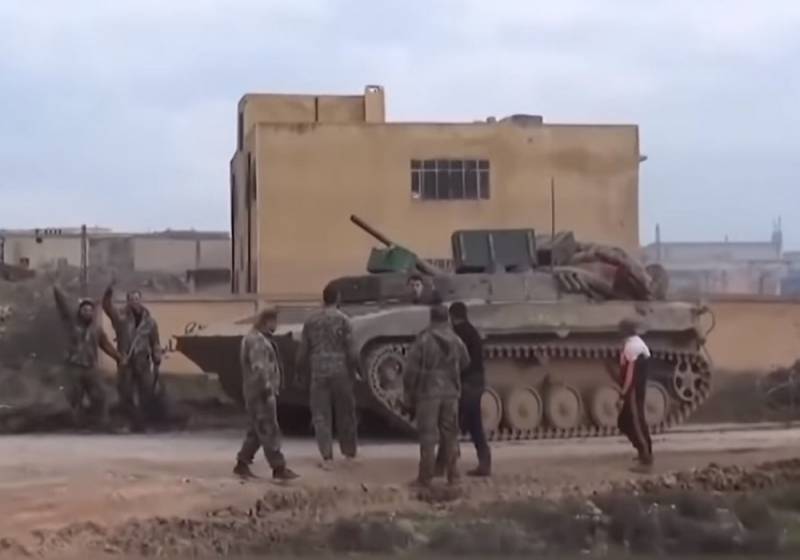 The rapidly changing situation in the war zone between pro-Turkish militants and the Syrian army in northern Syria leads to the appearance of conflicting messages.

At the same time RIA News" refutes the data of the Turkish agency and, citing its own sources, reports that massive attacks by militants on Sarakib using armored vehicles continue.

However, the source claims that the units of the Syrian army defending the city successfully repelled the attack, while destroying several units of armored vehicles and dozens of militants.

Recall that Sarakib, which was an important hub in the "armed opposition" line of defense, was liberated by government troops on February 5.

Immediately after the liberation, the Syrian military began to mine the city and held it. despite repeated attempts by militants to return Sarakib to their control.
Ctrl Enter
Noticed oshЫbku Highlight text and press. Ctrl + Enter
We are
Turkey moves troops to Syria to avoid “nightmare scenario”
In Syria, the "Force of the Tiger" per day captured three cities
Reporterin Yandex News
Read Reporterin Google News
Ad
The publication is looking for authors in the news and analytical departments. Requirements for applicants: literacy, responsibility, efficiency, inexhaustible creative energy, experience in copywriting or journalism, the ability to quickly analyze text and check facts, write concisely and interestingly on political and economic topics. The work is paid. Contact: [email protected]
Information
Dear reader, to leave comments on the publication, you must to register.
I have an account? Sign in