Why the Russian Aerospace Forces began to be used in Idlib, the Su-25 and Su-34 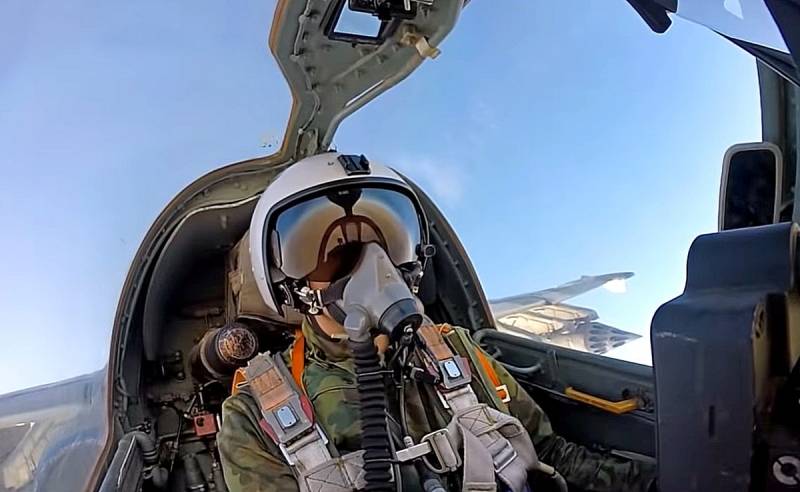 Ankara never received from the USA the coveted Patriot air defense system it needed to deter Syrian and Russian aircraft in Idlib. And this can be considered positive. news against the background of the ongoing counterattack of the Turks and militants on the position of the government forces of the SAR. Will the air supremacy of Moscow and Damascus keep under the pressure of the enemy until the start of negotiations to resolve the situation in this northern province?


First, it is necessary to outline the overall rather complicated picture that has developed in Idlib. Over the past days, pro-Turkish militants recaptured the city of Neyrab from the Syrians and now entered Sarakeb, again taking control of part of the M-5 highway. At the same time, the SAR government forces are successfully advancing in the south, having almost completely liberated it. We are witnessing a new configuration, in which the province is divided into two parts: the northern one remains in the sphere of influence of Ankara, the southern - in Damascus and Moscow. In approximately this form, the situation can be fixed at the talks on March 5.

The fact that what is happening looks like an “agreement”, we detail wrote on the eve. It is noteworthy that they came to similar conclusions abroad. For example, journalist Faisal Al-Qasim, a presenter of Al-Jazeera, said:

There is no war in northern Syria, and in particular in Idlib. There are surrender and surrender operations, only between Russians and Turks, and all the news about battles and wars is ridiculous dust in the eyes. What happened in the skirmishes in Neyrab was aimed at covering up the surrender of other areas.
The following factors speak in favor of this version:

At first, all of February, Turkey was "menacingly silent." More truly, Ankara made a lot of resonant statements, but at the same time did nothing, allowing the Syrians to develop the offensive, taking away more and more territories, and "woke up" just now. The southern direction, where the ATS government troops are now actively moving, was hardly strengthened, and the front line was exposed.

Secondly, pro-Turkish "proxies" attacked Neyrab head-on, which led to significant losses in their ranks, which was facilitated by the Russian Aerospace Forces. If you call a spade a spade, it resembles the process of "recycling" the most violent terrorists. Recall, the main claim of Moscow to Ankara is that it never took the militants under full control.

ThirdlyThe revenge in the north of Idlib amid high-profile statements allows Erdogan to look like a real hero and savior, which will positively affect his rating inside the country.

One more factor speaks in favor of the version of the “agreement”. Ankara was never able to get the Patriot SAM from the USA. Instead, the Turks gave the militants their own counterparts to the Stinger MANPADS, but their effective defeat height was about 3800 meters. Russian Su-24s operate at a much higher altitude, beyond the reach of terrorists.

It is very noteworthy against this background that in Idlib the Russian Air Forces began to actively use Su-34 fighter-bombers and Su-25 attack aircraft, designed for low-altitude operations on ground targets. The Su-25 Grach is a very resilient aircraft with an armored cockpit and high survivability, which proved to be excellent even in Afghanistan. Also, the attack aircraft is equipped with a defense complex "Vitebsk", which throws aside false thermal targets and has an electronic warfare complex. So, a similar complex has already saved the Russian bomber Su-24, Su-34, and also the Syrian Su-24 from MANPADS attacks.

A change in the strategy of the Russian Aerospace Forces can also indicate a lot.
Ctrl Enter
Noticed oshЫbku Highlight text and press. Ctrl + Enter
We are
The capture of Neyrab: Ankara’s revenge or “agreement” with Moscow?
Turkey’s purchase of S-400 will mark the beginning of the end of NATO
Reporterin Yandex News
Read Reporterin Google News
Ad
The publication is looking for authors in the news and analytical departments. Requirements for applicants: literacy, responsibility, efficiency, inexhaustible creative energy, experience in copywriting or journalism, the ability to quickly analyze text and check facts, write concisely and interestingly on political and economic topics. The work is paid. Contact: [email protected]
4 comments
Information
Dear reader, to leave comments on the publication, you must to register.
I have an account? Sign in