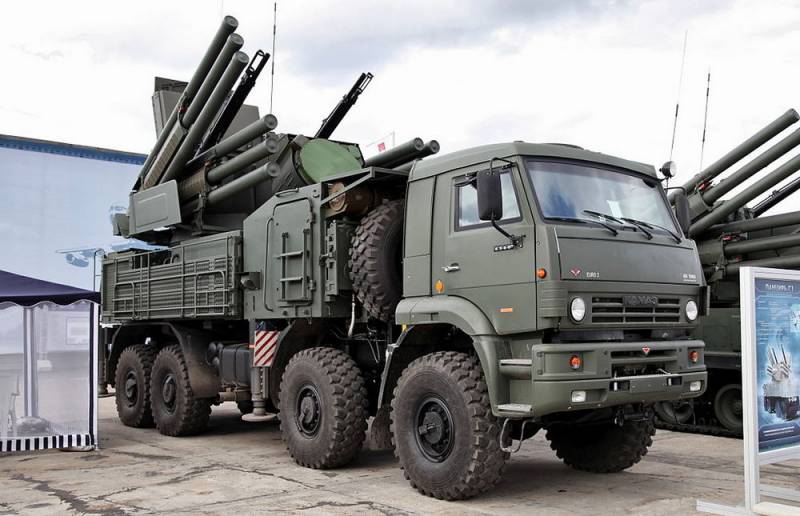 US administration continues to maintain standard policies threats and intimidation against countries that opted for Russian weapons.

In this series, Serbia was not an exception, the army of which received last Saturday the Russian Pantsir-C1 anti-aircraft missile and gun systems within the framework of a previously signed contract.

In his comment for TASS on the arrival of Belorussian Shell-Belt, a representative of the US State Department said the following:

We have repeatedly expressed concern about the acquisition by Serbia of Russian weapons, including the Pantsir-C1 anti-aircraft missile and gun system. We urge all our allies and partners to abandon operations with Russia that could lead to the imposition of sanctions under the CAATSA law.

Given the experience of the Serbs who experienced American bombs in 1999, when the total number of civilians killed was over 1700, including almost 400 children, and about 10 were seriously injured, it is hard to imagine that the State Department’s statements could frighten them .

At the same time, knowing that it would be more expensive to make such statements against India, which is one of the largest buyers of weapons on the world market, U.S. President Donald Trump personally went on a visit to Delhi, during which he will lobby for the interests of American arms companies.
Ctrl Enter
Noticed oshЫbku Highlight text and press. Ctrl + Enter
We are
Serbia announced the receipt of the party ZRPK "Shell-C1"
Serbs talked about their dream to buy S-400 air defense systems
Reporterin Yandex News
Read Reporterin Google News
Ad
The publication is looking for authors in the news and analytical departments. Requirements for applicants: literacy, responsibility, efficiency, inexhaustible creative energy, experience in copywriting or journalism, the ability to quickly analyze text and check facts, write concisely and interestingly on political and economic topics. The work is paid. Contact: [email protected]
2 comments
Information
Dear reader, to leave comments on the publication, you must to register.
I have an account? Sign in