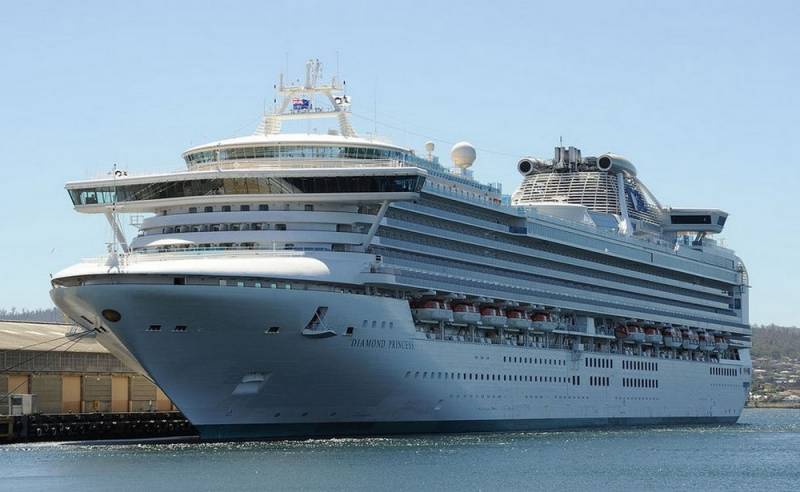 The medieval savagery that Ukrainians showed in Novy Sanzhary when they met their compatriots evacuated from China completely discouraged the desire to return from those citizens of Ukraine who are on the quarantine ship Diamond Princess.

Just in case, so that his message doesn’t look very ugly, the diplomat added that the embassy, ​​the Ministry of Foreign Affairs and the Ministry of Health are ready for the Ukrainians remaining on board the Diamond Princess to change their minds.

Recall that in anticipation of compatriots evacuated from China in a number of settlements in the Lviv, Ternopil and Poltava regions, the local population set up roadblocks and procured tires so as not to miss the buses that were supposed to deliver the evacuated to the quarantine place.

In Novy Sanzhary, nine policemen and one civilian were injured in an attack on a convoy of buses with evacuated Ukrainians.
Ctrl Enter
Noticed oshЫbku Highlight text and press. Ctrl + Enter
We are
Ukrainians threw stones at compatriots evacuated from China
Coronavirus reached the first Russian woman aboard an infected ship
Reporterin Yandex News
Read Reporterin Google News
Ad
The publication is looking for authors in the news and analytical departments. Requirements for applicants: literacy, responsibility, efficiency, inexhaustible creative energy, experience in copywriting or journalism, the ability to quickly analyze text and check facts, write concisely and interestingly on political and economic topics. The work is paid. Contact: [email protected]
4 comments
Information
Dear reader, to leave comments on the publication, you must to register.
I have an account? Sign in