Lavrov: agreements with terrorists in Syria are unacceptable 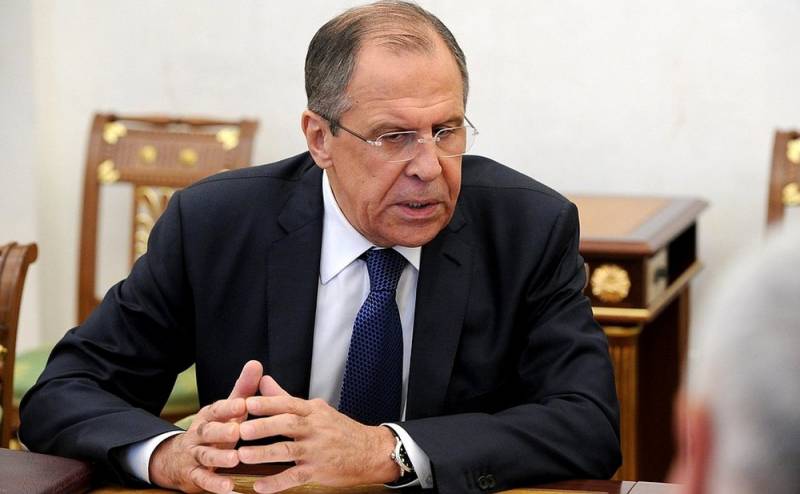 The US attitude to a number of Syrian armed groups included in the lists of terrorist organizations by the UN Security Council is a cause for concern on the part of Russia.

TASS quotes the words of the head of the Russian Foreign Ministry:

<...> This is not the first time that Washington officials, including the US Special Representative for Syria, Mr. James Jeffrey, have made statements suggesting that they are considering "Hayat Tahrir al-Sham" (one of the names of "Jabhat al-Nusra"). not such a terrorist organization, and that it would be possible under some circumstances to establish a dialogue with it. This is not the first time we have heard such hints, which are quite transparent, and we consider them absolutely unacceptable.
The minister recalled that the agreements reached in the fall of 2016 to resolve the Syrian crisis through the fault of the United States were never implemented, as the Americans felt that the terrorists from Jabhat Al-Nusra could still be useful for them to confront the legitimately elected president and government of Syria.

* -terrorist organization banned in Russia
Ctrl Enter
Noticed oshЫbku Highlight text and press. Ctrl + Enter
We are
In Syria, there was an increase in terrorists
Terrorists in Syria called the conditions for leaving Idlib
Reporterin Yandex News
Read Reporterin Google News
1 comment
Information
Dear reader, to leave comments on the publication, you must sign in.