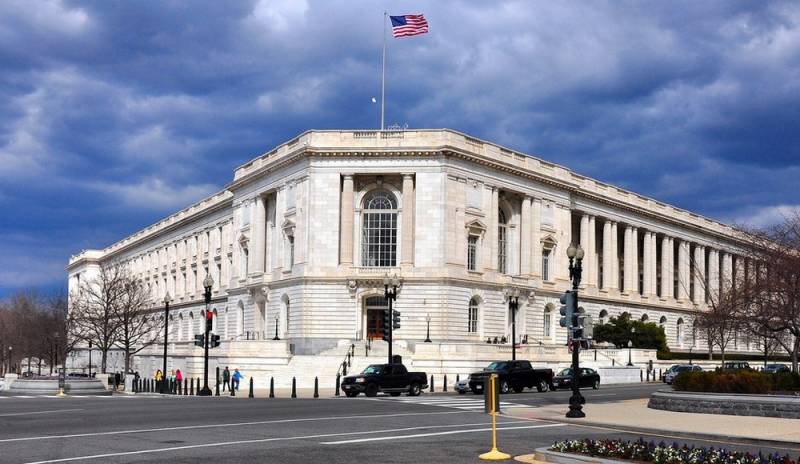 After losing the last presidential election and losing their positions over the years of Trump's rule, the American Democrats continue to do everything to prevent a "reset" of relations with Russia.


According to the American news Axios portal, a group of Senators from the Democratic Party demanded that the head of the US Department of State Mike Pompeo and Finance Minister Stephen Mnuchin impose sanctions against Russia and Russian President Vladimir Putin.

The reason for the demand from the senators was the alleged interference of Moscow in the US election.

In a letter to Pompeo and Mnuchin, Democratic senators demand that sanctions be identified and imposed on all who are responsible for continued interference with the election, including Vladimir Putin.

The senators, of course, do not have the facts of Russia's interference in the American election, but they imply that this is a truth that does not tolerate even a shadow of doubt.

In a statement, diplomats noted that the anti-Russian component in the inter-party struggle led to an unprecedented degradation of relations between Moscow and Washington.
Ctrl Enter
Noticed oshЫbku Highlight text and press. Ctrl + Enter
We are
US Senator Schumer was scared of the Russian application
Senator Brown: Trump is a racist, liar and corrupt
Reporterin Yandex News
Read Reporterin Google News
Ad
The publication is looking for authors in the news and analytical departments. Requirements for applicants: literacy, responsibility, efficiency, inexhaustible creative energy, experience in copywriting or journalism, the ability to quickly analyze text and check facts, write concisely and interestingly on political and economic topics. The work is paid. Contact: [email protected]
3 comments
Information
Dear reader, to leave comments on the publication, you must to register.
I have an account? Sign in