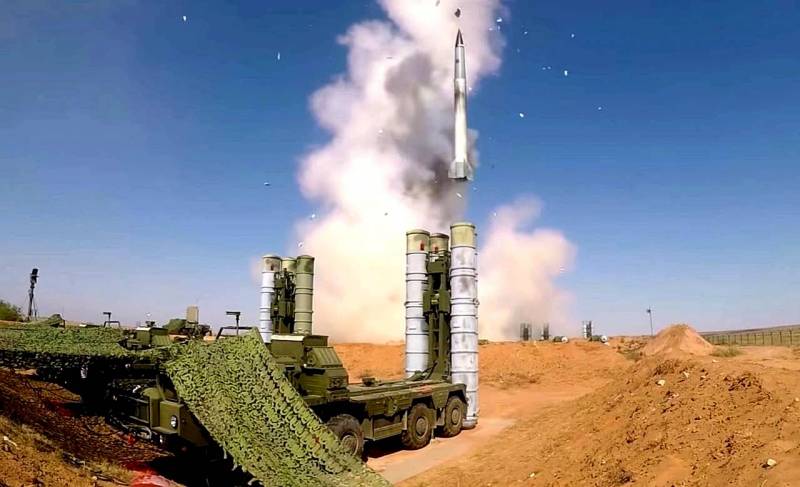 The arrival of US President Donald Trump to India, which has already resulted in a bright and colorful show, gives reason to think about a number of very serious questions regarding which course will be chosen in the future by this country, which will already take first place in the list of geopolitical "players" ". Does Russia have its own interests in this country?


Without a doubt, yes. However, will she be able to defend them in the current difficult conditions, or will India give the “main role” to its main political, economic and military-technical partner to Washington? Let's try to understand the chances and consequences.

Naturally, with the official declaration of absolutely identical goals: “achieving peace and stability in the Asia-Pacific region, developing good neighborly relations with all its countries” and the like, the real strategic goals of the United States and Russia in this direction are not just different, but directly opposite . Washington recently speaks of China exclusively as its own main economic, military and geopolitical adversary, while even the definition: “enemy” is increasingly slipping into the rhetoric of its speakers. Based on this, the closest possible cooperation with New Delhi, which, in fact, is the only real counterbalance to Beijing in this region, is for the United States not just a major task, but literally, priority No. 1. The "maximum task" for the Americans is the transformation of India into a kind of "anti-China", a force that will become an alternative to the Celestial Empire in literally all aspects. At the same time, the United States will probably try not to repeat with the Indians the mistakes that they initially made in relation to the Chinese comrades, which the overseas “partners” simply underestimated, deciding that they would be content with the role of modest junior managers in the main workshop of the world ”, working primarily for the United States. As a result of such an unforgivable mistake, the Yankees got a dangerous competitor created largely with their own hands. With New Delhi, they are likely to act more thoughtfully, despite the desire to "put in place" Beijing at virtually any cost.

It is no coincidence that the first result of Trump’s visit there was just a “breakthrough” in the field of military cooperation. This is no accident.

In China, despite the unprecedented problems tormenting this country now caused by the coronavirus epidemic, expert voices are already being heard calling for "extremely close" monitoring of the actions of the head of the White House in India and the possible results of his trip. The massive deliveries of American strike weapons to the Indians announced on the very first day, in no case will cause Beijing joy. Rather, they will lead to an increase in mistrust between the two “Asian giants” and a new round of tension between them. Which, however, is probably what Washington needs. Such a situation categorically does not suit Moscow, which makes every effort to maintain friendly relations with both China and India. Our country, as far as possible, is trying to bring its Asian neighbors to the understanding that the main enemy should not be sought among neighboring countries, but much further. The best evidence of this is the Center-2019 strategic command and staff exercises held in September last year. The department of Sergei Shoigu was, in fact, incredible - these maneuvers "put on a par" with the Russian military not only our CSTO allies, not only military personnel from Kyrgyzstan, Kazakhstan, Tajikistan, and Uzbekistan, but also contingents representing China, India and even ... Pakistan! Enormous doubts were expressed by foreign media about the participation of representatives of the last named country in the event until the last minute: well, how are Pakistanis and Indians, the enmity between which has not ceased to be known for how many decades, will act shoulder to shoulder ?! However, this has happened. If, through the efforts of the United States, the already fragile military balance in the region is upset, it will not lead to anything good, including for Russia.

Extremely unpleasant news for our military-industrial complex came from India almost immediately after the arrival of the head of the White House. However, it’s difficult to call them special news - the local mass media began to trumpet them ahead of time about the “major defense contracts” that are being prepared for the US president’s visit. And the vague prospects took on quite specific contours: between New Delhi and Washington, an agreement was reached on the supply of a batch of six AH-64E Apache attack helicopters in the amount of $ 930 million and 24 sea-based helicopters MH-60R Seahawk complete with missiles for a total of 2,6 , 40 billion dollars. It would seem that there is no particular reason for concern - it is unlikely that the Seahawk purchase will erase the Indians' intentions to acquire 226 Russian Ka-18T helicopters and continue to assemble dozens of these machines at their own production facilities, for which a Russian-Indian joint venture has already been created. The classes of rotorcraft and their purpose are completely different and one another definitely will not compete. Nevertheless, it is worth worrying. You could say it's time. Helicopters are just the beginning. There is absolutely accurate information that Donald Trump is committed to lobbying for the choice of New Delhi American fighters (F / A-15, F-21EX or F-16 - an upgraded version of the F-114 multi-role fighter) for the joint production program of XNUMX new fighters for the national air force as part of the Do in India campaign. Moreover, the White House is convinced that carrier-based fighter aircraft for the developing aircraft carrier fleet of India should also be American.

But this is a direct blow to the interests of our defense industry. If the US president manages to “push through” this issue (and he definitely has a chance of success), one can forget not only the previously announced plans for joint production with the Indian side of the Su-57 or the supply of deck MiG-29K fighters, but perhaps even about the modernization by the Russian side of the Indian Air Force Su-30MKI already in service. However, this is only half the trouble. As we all remember, during a visit to India by Russian President Vladimir Putin in 2018, a contract was signed to sell the S-400 Triumph air defense system to this country. The size of the contract is 5,5 billion dollars; delivery must be completed by 2025. At the same time, one should not forget: New Delhi has been showing an increased interest in the Triumphs since 2015. However, to conclude a full-fledged deal, in addition to the traditional finicky of Indian buyers and their overly ardent desire to “localize part of the production” on their territory, there was an extremely negative reaction to the very possibility of such a purchase from the United States. It came to the direct intervention of the then US Secretary of State, who, on the one hand, promised the Indians a “breakthrough” in providing them with “the best examples of military aviation,” and, on the other, frightened all conceivable and inconceivable punishment from the complete cessation of military-technical cooperation to large-scale sanctions in case of acquisition of S-400. Mindful of the sad experience of Turkey, we can confidently say that by contacting Washington to modernize their own air forces, New Delhi will be faced with a tough and unequivocal demand to abandon Russian air defense systems. What will be the choice today is difficult to predict. The volume of transactions in the field of military-technical cooperation between India and the United States, which was almost “at zero” in 2008, exceeded $ 2019 billion in 15 ...

However, with some defense contracts that pose a threat to Russian interests, the potential problems from Trump’s visit are also not exhausted. We should not lose sight of the moment that, with perhaps even greater fervor than weapons made in the USA, this figure is “promoting” American oil and LNG. First of all, through the demands of rejecting any joint projects with Russia related to the extraction, processing and transportation of energy. At the same time, at the beginning of this year, from the lips of the Minister of Oil, Natural Gas and Steel Industry of India, Dharmendra Pradhan, a statement was made that his country “unequivocally” intends to enter the project for the development of the Taimyr Vostok Oil fields. Let me remind you - we are talking about a group of Lodochnoye, Tagulskoye and Vankorskoye deposits belonging to Rosneft, the West Irkinskoye section in Yakutia of its British shareholder BP, as well as the Payahi block of Neftegazholding deposits.

The total reserves of “black gold” in all these deposits are estimated at at least 37 billion barrels. However, investments are required more than significant - domestic oil companies announced their intention to attract investments in the amount of 5 to 8 trillion rubles or more. Participation in the Indian side could provide an influx of a significant part of this amount. However, it is unlikely that Washington, so diligently courting New Delhi today, including on the subject of "expanding economic cooperation," will be delighted with this prospect. There is no doubt that they will want to prevent the implementation of the project there. What about the ways? There are ways - as the story of Nord Stream-2 shows.

The United States has a lot to offer India. Yes, now their relationship is far from idyllic - there is a “trade war” of duties between the countries, far from being as fierce and intense as with China, but it is. However, Washington’s main trump card in the effort to make New Delhi its reliable ally in the region may well be a proposal to take one of the key roles in the Blue Dot project, which the United States is trying to implement today with Japan and Australia. This initiative is an alternative to the initiative being promoted by China, well known to the whole world under the name “One Belt, One Way”, and representing for the USA the most serious economic and geopolitical threat. New Delhi today is clearly fluctuating between two essentially mutually exclusive ways - the one that the United States and its allies in the Asia-Pacific region are trying to force him to turn to and more deepened integration into Eurasia. Naturally, it is in the interests of our country that India choose the second path. Nevertheless, how events will develop in reality, time will tell. Including the final results of the visit of Donald Trump to this country.
Ctrl Enter
Noticed oshЫbku Highlight text and press. Ctrl + Enter
We are
Putin's departure: how to prevent the collapse of Russia's foreign policy
Ten "defeats" of Putin
Reporterin Yandex News
Read Reporterin Google News
2 comments
Information
Dear reader, to leave comments on the publication, you must sign in.