Trump stands for reconciliation between Russia and Ukraine 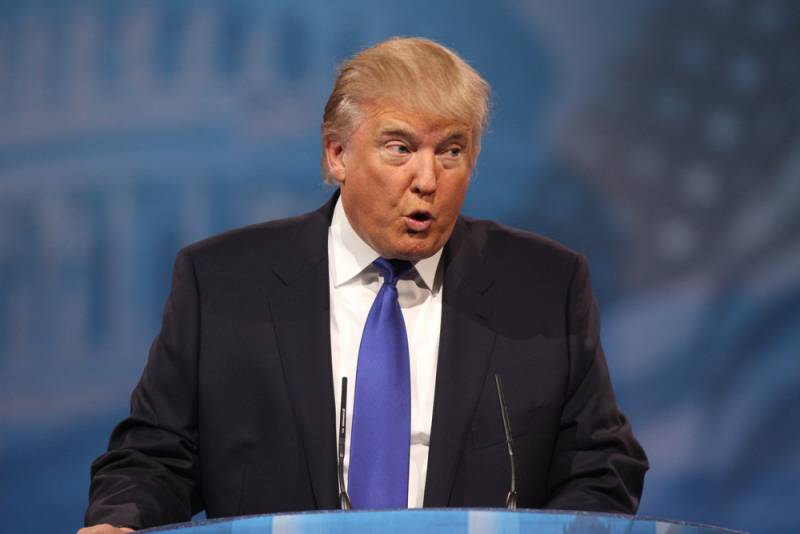 On the eve of his visit to India, US President Donald Trump spoke with reporters on the White Lawn's South Lawn.

I would like them [Russia and Ukraine] to agree. If they ... got along with each other, it would be wonderful for the whole world.

Further, the head of the White House added that, in his opinion, it would be good if Ukraine and Russia could work out some kind of agreement, according to which they would get along.

Trump’s statement sounds fine, but “not by the words you recognize them, but by deeds”, but by the affairs of the US administration, which initiated the Kiev Maidan in 2014 and later, under the new president, provided the Kiev regime with all kinds of support, including military indicate the opposite.

According to Russian Senator Alexei Kondratiev, Trump, who talks a lot and does nothing, cannot be trusted.

And it’s hard to disagree. It is enough to recall the promise of the American president to withdraw troops from Syria, which he forgot the next day.
Ctrl Enter
Noticed oshЫbku Highlight text and press. Ctrl + Enter
We are
New nuclear arms race: US prepares START-3 termination
Ukrainian general: the attack on the Donbass will result in huge losses
Reporterin Yandex News
Read Reporterin Google News
1 comment
Information
Dear reader, to leave comments on the publication, you must sign in.