17 May 2018
1
The opening of the first stage of the Crimean bridge gave rise to a lot of rumors that the Russian authorities are going to reanimate the Sakhalin Bridge project, which was started and abandoned in Soviet times, which should connect the island with the continental part of Russia. They also recall plans announced several years ago to connect Russian Sakhalin with the Japanese island of Hokkaido with a huge bridge. 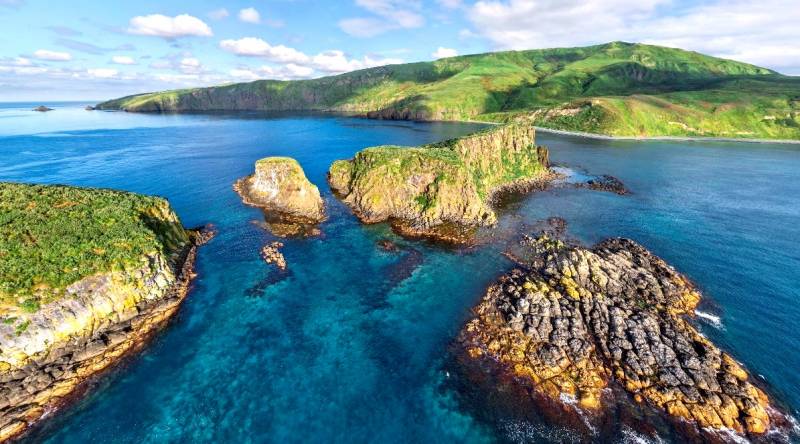 In this regard, it is interesting to evaluate economic Sakhalin’s potential and a look at the prospects for its development from the point of view of Japanese partners. A large-scale oil and gas project Sakhalin-2 has been launched on the island. In 2014, a new light oil called Sakhalin Blend appeared on the world energy market. Sakhalin oil is exported to five countries through Japan, China and South Korea.

It was on Sakhalin in 2009 that the first plant for the production of liquefied natural gas appeared, whose products go to Japan, China, the Republic of Korea, Thailand and Taiwan. 70% of Sakhalin liquefied natural gas is sent to Japan, providing 10% of the island’s energy balance. Japanese Hokkaido is almost entirely dependent on exports from Sakhalin. The proximity of the Russian and Japanese islands provides convenient logistics, because the sea route for LNG tankers takes only 2 days. As gas consumption in Japan is growing, a project was launched in Sakhalin to increase LNG production by 2023 times by XNUMX.

Thanks to taxes on oil and gas revenues, the budget of the sparsely populated Sakhalin Oblast reaches 100 billion rubles a year. Due to the relatively high wages, Sakhalin is experiencing population growth amid a general depopulation of the Far East. Now the population of the island reaches half a million people. Sakhalin authorities pay benefits of 150 rubles to mothers aged 000 to 19 for the birth of their first child. It is not surprising that on the island the birth rate over the past three years has increased by 25% compared with the previous period. There is a sharp difference in the level of wages in the oil and gas and other areas, which may differ by 70 times.

The Sakhalin administration plans to bring to half the budget revenue from activities not related to the Sakhalin-2 project. It is about the development of agriculture, fishing and tourism. The regional governor expressly states that he is counting on Japanese help:

Japanese farmers from neighboring Hokkaido pass on their knowledge and Technology Sakhalin colleagues. Due to the use of Japanese equipment on Sakhalin, it is possible to double the yield per hectare of land. The director of the largest Sakhalin state farm Teplichny explains:

We will completely change the production process in a Japanese way

In 2018, twenty years passed the agreement on friendship and economic cooperation between Hokkaido and Sakhalin. And this interaction is growing from year to year. It became known that Sakhalin and Japanese Hokkaido are discussing the issue of visa-free travel between the regions. Apparently, Japan’s interest in Russia is not limited to “northern territories”.
Ctrl Enter
Noticed oshЫbku Highlight text and press. Ctrl + Enter
We are
What will the Sakhalin bridge turn out for Russia
Mega-project: Sakhalin dam will change the life of the whole Far East
Reporterin Yandex News
Read Reporterin Google News
1 comment
Information
Dear reader, to leave comments on the publication, you must sign in.