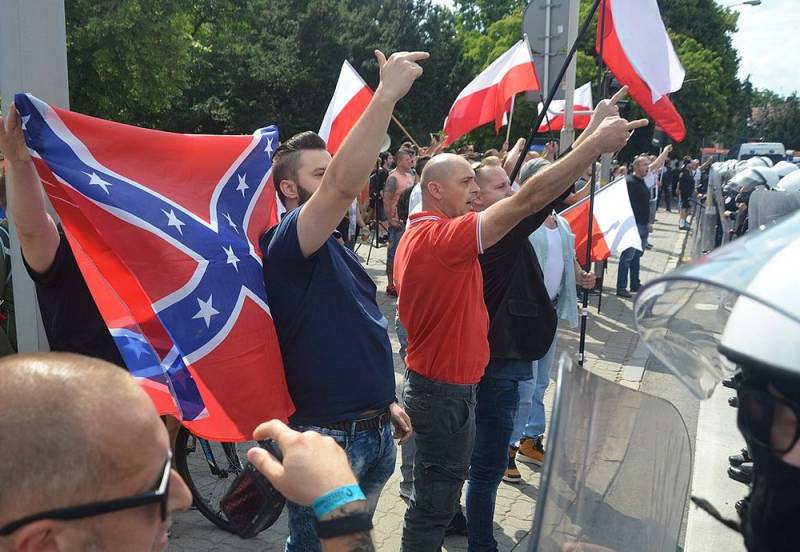 The left-liberal French publication Le Monde suddenly discovered yet another “sin” in Russia, which prevents the EU countries from merging into a single and happy homosexual family.


The author of one of the published materials complains that in addition to the split between Eastern and Western Europe on migration issues, there is a line of split in relation to the LGBT community.

According to him, Poland, Hungary, Croatia, the Baltic states, Bulgaria and Romania are opposed by a united front to the “gender ideology” that prevails in other EU countries.

At the same time, the journalist especially highlights Poland, which "is at the forefront of this war." Warsaw’s main fault, in his opinion, is state support for “aggressive campaigns” against LGBT people.

Further, the publication cites the words of the Belgian homo-activist Remy Bonnie, who claims that there is an “anti-LGBT network with connections in Russia” in the world.

Fighting LGBT rights is part of a movement Moscow supports to weaken the European Union
- claims the author of the material.

The absurdity of such material is obvious: only a pervert with deviations in the psyche can suspect extremely Russophobic Poland in collusion with Russia.

It is strange that the author didn’t even think that in Europe there can be many people who, contrary to their political views, advocate the preservation of traditional social institutions and are ready to fight the abomination spread by the West.
Ctrl Enter
Noticed oshЫbku Highlight text and press. Ctrl + Enter
We are
Western media: Russians defeated alcoholism
Macron's Russian U-turn comes true
Reporterin Yandex News
Read Reporterin Google News
7 comments
Information
Dear reader, to leave comments on the publication, you must sign in.