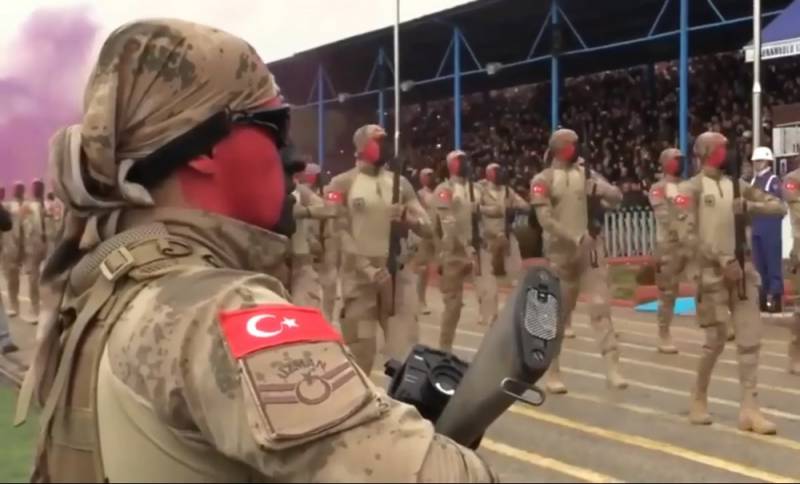 The Turkish contingent in Libya, deployed to this North African country by agreement with the Government of National Accord (PNS), suffered the first losses.


This became known from the statement of Turkish President Recep Tayyip Erdogan made in Izmir.

Anadolu agency quotes the words of the Turkish leader:

In Libya, several heroes fell, but losses in the ranks (LNA) reached almost a hundred mercenaries.

According to him, the actions of Turkey in Libya are in the national interest.

However, as practice shows, listening to such messages, it is necessary to divide by two the voiced losses of the enemy and multiply by two of their own.

At the moment, one thing is obvious - Erdogan’s statements that only Turkish military instructors are on the territory of Libya does not correspond to reality.

Recall that memoranda of cooperation in the military sphere and of mutual understanding on maritime zones between Ankara and the PNS Fayez Sarraj were signed at the end of November.

Their signing provoked indignation not only in Libya, where there is currently no autocracy, and most of the territory is controlled by the Libyan National Army (LNA) of Field Marshal Khalifa Haftar, but also in the countries of the Mediterranean region, primarily bordering Turkey.
Ctrl Enter
Noticed oshЫbku Highlight text and press. Ctrl + Enter
We are
Turkey appreciated the possibility of a clash with Russia in Libya
Erdogan announced his readiness to send troops to Libya
Reporterin Yandex News
Read Reporterin Google News
Ad
The publication is looking for authors in the news and analytical departments. Requirements for applicants: literacy, responsibility, efficiency, inexhaustible creative energy, experience in copywriting or journalism, the ability to quickly analyze text and check facts, write concisely and interestingly on political and economic topics. The work is paid. Contact: [email protected]
Information
Dear reader, to leave comments on the publication, you must to register.
I have an account? Sign in