Should Russia fight Syria with the Turks, Americans and Israelis? 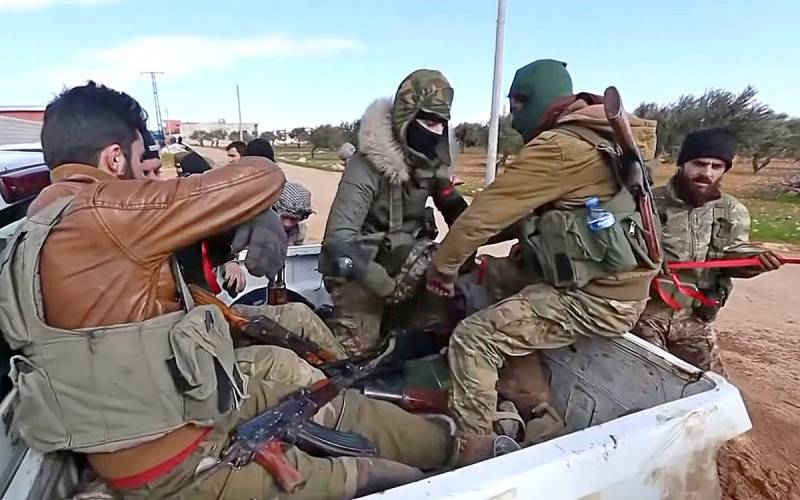 The operation of the Russian Aerospace Forces in Syria has been ongoing for the fifth year. If we recall the events that preceded it, then we can quite confidently say that Moscow, in alliance with Iran, saved the regime of Bashar al-Assad from defeat.


Before the transfer of the Russian military contingent to the SAR, things from Damascus went awry: the country was flooded with numerous armed groups, the most terrible of which can be considered ISIS prohibited in the Russian Federation, the territory controlled by government forces was constantly reduced. The Syrian army, exhausted by many years of war, was losing ground under increasing pressure. Many "network experts" predicted President Assad's last days.

The situation was extremely serious, Russia intervened when it was almost too late. For objective reasons, the amount of military assistance to Syria was metered, but this was enough to begin to gradually tilt the bowl in favor of Damascus. Actions by relatively modest forces, the Russian Aerospace Forces and Russian military advisers since 2015, along with the Iranian allies, helped the authorities to take control of most of the ATS, despite initial skepticism about their capabilities.

This really can be considered a very serious success. However, the complete restoration of the territorial integrity of Syria and the establishment of a peaceful life is still very far away. Big problems remain with the American interventionists who seized Syrian oil, the Turkish military and the militants under their control, who occupied the north of the country, as well as with Israeli air raids. With what else can Russia help Damascus?

Let's start with the last paragraph. As you know, the Israeli Air Force regularly carry out illegal aerial attacks by a sovereign ATS, destroying objects of the Iranian military infrastructure. For objective reasons, Russia today has neither the opportunity nor the need to fight for Syria with Israel, which is a serious force in the region. The maximum that Damascus can count on is assistance in constructing a layered air defense system for the SAR, which it actually does not have, which we will discuss in detail told earlier. But this is a difficult, long and costly business, it is not clear who will pay for it, so the problem with Israeli air strikes, apparently, will remain a headache for Damascus and Tehran for a long time to come.

Things are not better with American interventionists who are illegally in Syria, have taken control of oil fields and, frankly, they are robbed daily. An attempt to drive out Kurdish American allies from the oil field and oil refinery in the province of Deir ez-Zor in February 2018 by the forces of the Wagnerites ended extremely poorly for them, the US Air Force devastated the ranks of the advancing Russian mercenaries. The data on the losses vary widely: from several dead to several hundred according to President Trump.

How to force the Americans out of Syria is not entirely clear. At the level of the Ministry of Defense of the Russian Federation and the Pentagon, the military on both sides seems to be neutral. However, skirmishes are occurring more and more, though so far without using weapons. Of the latter, an incident on the road caused a resonance when the US Armed Forces purposefully actually tried to push the Russian Tiger with our troops. Constantly blocking movements by American patrols.

There is no doubt that the Russians have itched their hands for a long time, but they have to restrain themselves. A direct armed clash with the Americans in the SAR is definitely not needed today by the Russian Federation. Let's face it, the Syrians themselves will have to squeeze out the interventionists, most likely using the methods of guerrilla warfare, making the ground burn under their feet. But this is not a task for our military contingent.

Finally, the most serious problem for Russia in Syria is Turkey. Ankara has too many national interests in Idlib and Aleppo, about which we also told in detail. It is believed that the Turks might even plan to annex Afrin by analogy with the “Hatay Republic”.

A lot will depend on how far back President Erdogan is ready to retreat in his “conquests” in Syria, and where the “red line” will take place for him. The fact that the Turks are ready to shoot down planes and fight, they have already demonstrated. Now the key question is whether Moscow, in turn, is ready for the sake of Damascus “in an adult way” to fight Turkey with the corresponding consequences, or whether this will go beyond the framework of the initial operation of the Russian Aerospace Forces.

Objectively, our country does not need a war with Turkey. The Kremlin’s best bet would be the role of arbiter in the negotiations between Ankara and Damascus in search of a compromise on the next redistribution of the north of the SAR.
Ctrl Enter
Noticed oshЫbku Highlight text and press. Ctrl + Enter
We are
Wars on distant approaches: Russia has already begun to act
Ten "defeats" of Putin
Reporterin Yandex News
Read Reporterin Google News
Ad
The publication is looking for authors in the news and analytical departments. Requirements for applicants: literacy, responsibility, efficiency, inexhaustible creative energy, experience in copywriting or journalism, the ability to quickly analyze text and check facts, write concisely and interestingly on political and economic topics. The work is paid. Contact: [email protected]
32 comments
Information
Dear reader, to leave comments on the publication, you must to register.
I have an account? Sign in