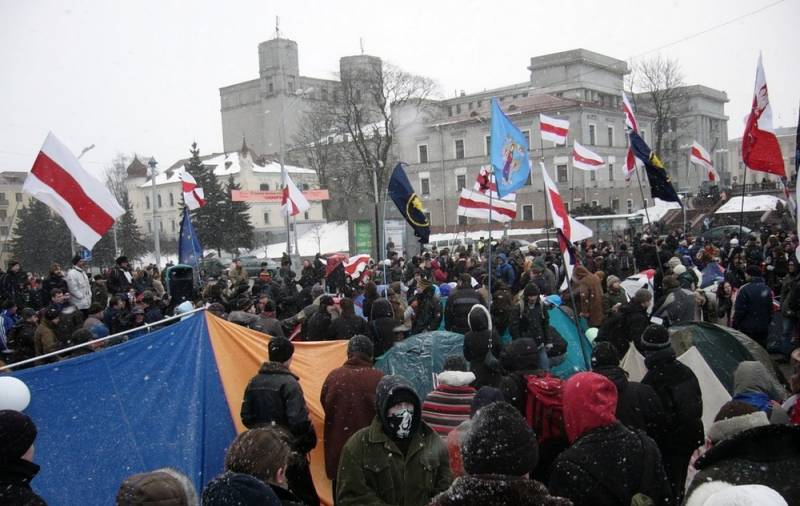 During the election campaign and presidential election in Belarus, to be held in the summer of 2020, mass opposition protests will be held.


This was stated by Pavel Sevyarynets, co-chair of the unregistered party “Belarusian Christian Democracy”.

According to the opposition, the current president, Alexander Lukashenko, who is in power for the sixth term and is planning to go for the seventh, should leave.

His support, according to our data, is from 12 to 18 percent. What a seventh term, people are already here! He himself said: if you say “enough” - I will leave. Let's go out with all the people and say: “Enough! Go away! ”

The trouble with the Belarusian, as well as with the Russian opposition, is that, in terms of “all the people” and “we all come out and say,” the opposition does not really have the support of the majority of the country's citizens and this is especially evident during the vote.

It can be safely assumed that these 12-18 percent that Sevyarynets spoke of are not Lukashenko’s support, but at best everything that the Belarusian opposition can count on.

Recall that Lukashenko announced his intention to run for the next term in November 2019.

At the same time, despite his statement that he “will not hold onto the chair with blue fingers”, there is no other real candidate who could compete with him.
Ctrl Enter
Noticed oshЫbku Highlight text and press. Ctrl + Enter
We are
Lukashenko accused Russians of barbarism
Lukashenko wants to sit in the same trenches with Russia
Reporterin Yandex News
Read Reporterin Google News
Ad
The publication is looking for authors in the news and analytical departments. Requirements for applicants: literacy, responsibility, efficiency, inexhaustible creative energy, experience in copywriting or journalism, the ability to quickly analyze text and check facts, write concisely and interestingly on political and economic topics. The work is paid. Contact: [email protected]
8 comments
Information
Dear reader, to leave comments on the publication, you must to register.
I have an account? Sign in