Sberbank sale: a scam or a “deal of the century”? 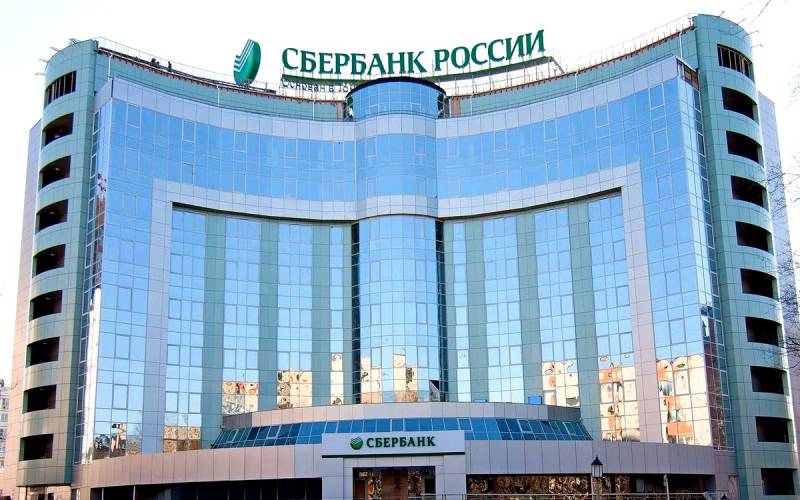 
The inhabitants are presented with this financial manipulation as the return of state control over the country's largest systemically important bank. Finance Minister Anton Siluanov said:

The financial regulator should not be a member of the organizations that it regulates, over which it oversees.

It seems to be right, but immediately logical questions arise. Why did the government arrange in previous decades that there is such an obvious and flagrant conflict of interest in the combination of the Central Bank of the Russian Federation and Sberbank? Why is it necessary to correct this nonsense right now and precisely at the expense of the NWF? It is worth recalling, how did Sberbank get into the ownership of the Central Bank, and what is our mega-regulator of the financial market in its essence?

A lot has already been said that the Central Bank of the Russian Federation is an extremely specific office. On the one hand, his assets are, as it were, in federal ownership, and his head is appointed by the State Duma on the proposal of the president, and he is accountable to her. On the other hand, it is accountable - it does not mean it is controlled, but these are two big differences, and legally the Central Bank of the Russian Federation is not a state authority, remaining independent of the government. Very original design, you will not say anything. There are many conspiracy and not very theories about how through the Central Banks of different countries the US Federal Reserve exerts its influence on their financial sector. The question is debatable, but the recommendations of the IMF in the Central Bank of the Russian Federation are definitely listened to. By the way, it is he, and not the state, who owns all our gold and currency reserves.

Let's look at the dotted history of Sberbank ownership. Today it is the largest transnational bank of the Russian Federation. His brand alone is estimated at 670,4 billion rubles, the most expensive in the country. The Central Bank of the Russian Federation owns 50% plus one voting share. The remaining shares are in free float. According to some reports, up to 45% of Sberbank shares are in the hands of large foreign speculators. We will return to this question in more detail later.

If you look at the "deal of the century" in dynamics, then it looks as follows. First, the Central Bank of the Russian Federation acquired a controlling stake in Sberbank at a “bargain price”, because underestimated estimates of its market value were “drawn” by American companies. Further, with the direct support of the mega-regulator, that is, with an obvious conflict of interest, Sberbank grows to the state of a market monster. Then the most interesting thing happens.

The question is, if the transaction is between government agencies, why not just transfer the shares of Sberbank to the balance of the RF Ministry of Finance?

However, under the leadership of the "effective manager" Elvira Nabiullina, the CBR became unprofitable. Due to the “hurricane” mopping up of the banking sector and unsuccessful stock exchange games, the Central Bank showed losses in the amount of 2017 billion rubles in 435,3, and 2018 billion in 434,7. That is, from such a “Central Bank of the Russian Federation independent of the state and therefore effective”, there has been no use of the federal budget in the past few years. Ms. Nabiullina is categorically against the transfer: only selling for real money, which will allow her to cover a hole in the balance sheet and something else to herself, when the question arises about the results of her managerial activities.

Where to get the money for the Central Bank, independent of the state, to make ends meet? Of course, we have with you, from our National Welfare Fund. Recall that there was just enough money accumulated to be able to invest in the development of our own economics. But instead, 2,45 trillion rubles will be pulled out of the NWF, which will go to the "deal of the century." This means that the Fund’s reserve will automatically fall below a certain level, and the use of public money for the development of the country will again have to be forgotten for a long time. Probably until the next "deal of the century."

But that is not all. It is clear that we are losing from these manipulations, and who then wins?

The fact is that when the beneficiary changes, minority shareholders get the right to sell their assets. As we mentioned above, more than 45% of Sberbank shareholders are foreign speculators. So they will have the opportunity to skim the cream, because according to the results of 2019, Sberbank will show a record profit - about 1 trillion rubles. This is money that the bank pulled out of the economy in order to be valued and sold at a higher price.

If everyone is happy with everything and no one’s heads fly at the behest of the country's leadership from such “deals of the century”, then we probably deserve such “top managers”.
Ctrl Enter
Noticed oshЫbku Highlight text and press. Ctrl + Enter
We are
Peace enforcement operation. Russia inflicts a preemptive strike on Kiev
Three years left: Ukraine will be sold in parts
Reporterin Yandex News
Read Reporterin Google News
Ad
The publication is looking for authors in the news and analytical departments. Requirements for applicants: literacy, responsibility, efficiency, inexhaustible creative energy, experience in copywriting or journalism, the ability to quickly analyze text and check facts, write concisely and interestingly on political and economic topics. The work is paid. Contact: [email protected]
13 comments
Information
Dear reader, to leave comments on the publication, you must to register.
I have an account? Sign in